Designed around building your confidence and agency, Deathloop succeeds showing you that the most powerful weapon is your ability to improvise.
Edmond Tran 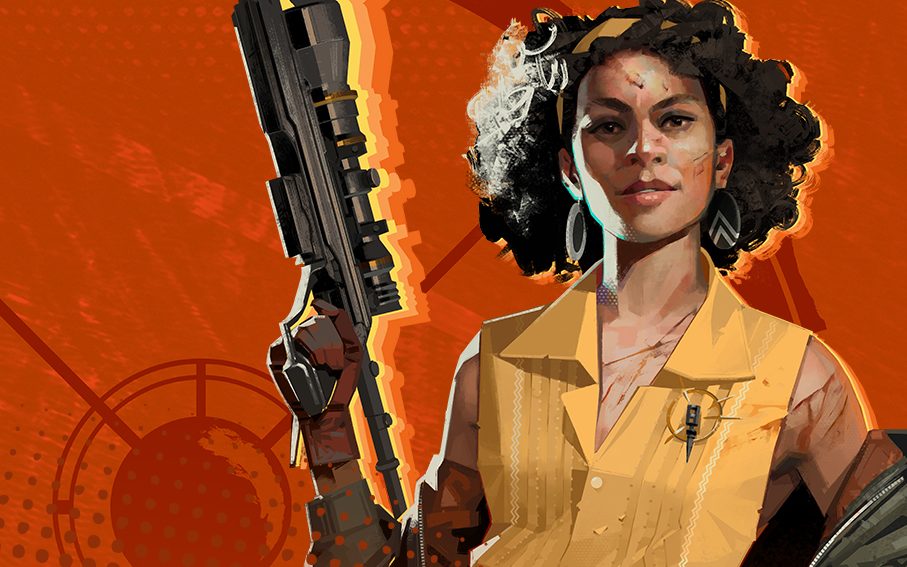 ‘Smarter, not stronger’ is a phrase that’s repeated regularly throughout Deathloop. It’s not exactly a new or revelatory ethos – the DNA of developer Arkane Studios is built on giving the player plenty of tools and options to tackle problems and conflicts in a bountiful medley of ways. But in Deathloop, it’s clear Arkane really, really wants you to push you to get creative with the action.

Causing bloody havoc and sneaking past unnoticed are the two extremes, naturally. But the satisfaction of Arkane games like Dishonored and Prey comes from the playground of opportunity that exists between those two poles. An array of unique supernatural abilities, mechanical gadgets, and well-curated environmental staging all mix and match in numerous, delightful ways to provide inventive solutions for every obstacle, whether they veer towards the slick, sadistic, or somewhere in between.

In continuing the Arkane tradition, Deathloop is a testament to how exciting this design ethos can be. But Deathloop also makes some key decisions that, while they make an odd first impression, serve to encourage the spirit of creativity and the delight that can come from that.

Set in a retro-futuristic 1960s world, protagonist Colt Vahn is trapped. He’s both physically confined to the island setting of Blackreef, where a collective of seven wealthy and intelligent ‘visionaries’ and their hired help have entrenched themselves. It’s a self-sufficient elite society where they’re free to undertake self-serving research, discovery, and debauchery.

Colt is also inexplicably trapped in a time loop, forced to relive the same day every time it ends or he is killed. Colt is also being hunted by a woman, Juliana, seemingly the only other person aware of the situation. Deathloop begins with Colt in an amnesiac state, watching Juliana drive a knife through his chest, and from there helping Colt rediscover what is going on becomes the primary driver of the game.

And so does the ultimate goal of eliminating the seven of the aforementioned visionaries during the course of a single day, in an attempt to hopefully break the time loop. But they’re always separated. Deathloop’s repeating day moves between four distinct periods of time (morning, noon, afternoon, and evening), and you’re allowed to visit one of four separate and siloed locations in each phase, whose inhabitants and points of interest change depending on the time of day. The Deathloop journey involves a gradual accumulation and retention of information with each loop, so Colt can learn the cause-and-effect relationships of the world and use that to manipulate multiple targets to be in the same place, at the same time.

The mystery and novelty that comes with a time loop narrative are inherently enticing, but it also serves as a wonderful staging ground to flaunt the strengths of Arkane’s pedigree. By nature of the game, you’ll find yourself exploring the same environments multiple times. Encountering a hostile situation for the first time, you’ll feel some trepidation. You may get killed. But as you continue looping and returning, you begin to internalise tidbits of information like enemy numbers, movements and map layouts. You might find a password to a previously inaccessible alternate route. You’ll likely grow a small arsenal of weapons and supernatural abilities, kept through each loop by spending a limited currency.

And most importantly, with each additional journey through a familiar area, you gain the confidence, tools, and willingness to tackle the same challenges in new ways. You might be a little more efficient. You might be equipped with different abilities. A linear or randomised experience might have you assume that each new encounter has plenty of unknowns, causing you to default to the most comfortable option. The repeating loop gives you increased boldness.

Perhaps after carefully avoiding enemy conflict the first time through an area, you return with a more formidable weapon and the ability to telekinetically lift and throw enemies, making a more efficient tear through the area. Perhaps you return to the area once more and use the opportunity to playfully set up elaborate traps using trip mines, your teleportation ability, and distraction techniques. The only potential spanner in the works is Juliana, who can appear at any time controlled by AI or another human player. She can make even the best-laid plans go awry, and it’s thrilling when that happens.

Two other design decisions further encourage you to enjoy improvising in Arkane’s Deathloop playground. The first is the surprising inclusion of a ‘lives’ mechanic, where Colt can suffer two deaths in each time slice before having to completely restart the day, which gives you some sense of courage. The second is the fact that you’re only able to equip a very limited arsenal – three weapons and two supernatural abilities.

This idea sits in contrast to something like Dishonored, where basically every tool could be at your disposal once you had obtained it, and you were spoiled for choice when it came to combining your options. Deathloop feels like it’s stifling creativity at first, especially when you’ve discovered all the abilities the game has to offer. But in limiting my options, Deathloop also stopped me from consistently falling back to comfortable, tried-and-true techniques when things fell apart. Deathloop keeps the spirit of improvisation alive well into the end of the game, even when you’re going through the same encounters again and again.

Deathloop is less about long-term observation and player-driven planning than it is about being in the moment, however. Despite the overarching plot get a few key people to be together in the same room at the end of the day, the game mostly guides your hand to lead you to the discoveries you need Colt to make to execute the final plan. There will always a new objective for you to chase, and a specific time and place you need to go to take the next step. This means plot revelations are well-paced, but it leaves less room for significant player-driven discoveries about the world.

Additionally, by nature of the game’s strict segmentation between the four different areas and the four periods of time throughout of day, the cause-and-effect of the world feels quite rigid and artificial, as opposed to one set in a continuous self-contained environment like those found in Dishonored, and built upon by titles like Hitman. Deathloop largely feels like it misses out on those emergent, transient moments as a result, which occur as game actors move to react to major changes in the world.

Deathloop still feels ambitious. Despite the game’s segmentation into discrete stages it still feels vast in scale. Environments are dense with subtle worldbuilding details, intricately designed, and heightened by an incredibly strong aesthetic that avoids overwrought 1960’s flourishes. Deathloop has a confident and inspired sense of style. And though it’s hard to get a sense of the seven visionary targets as characters, let alone antagonists, until late in the game, Colt and Juliana’s regular quibbles make them immediately endearing.

Deathloop is an excellent scenario for Arkane to showcase its strengths in enabling player agency and pushing you to engage with it. And Deathloop succeeds at conveying that the most powerful and thrilling weapons to use are your own creative wits.

A copy of Deathloop was provided for the purposes of this review.