Book Review: ‘How I Clawed My Way to the Middle’ by John Wood

John Wood's autobiography is written with great warmth and passion, acknowledging the transitory essence of the theatre world.
Lynne Lancaster 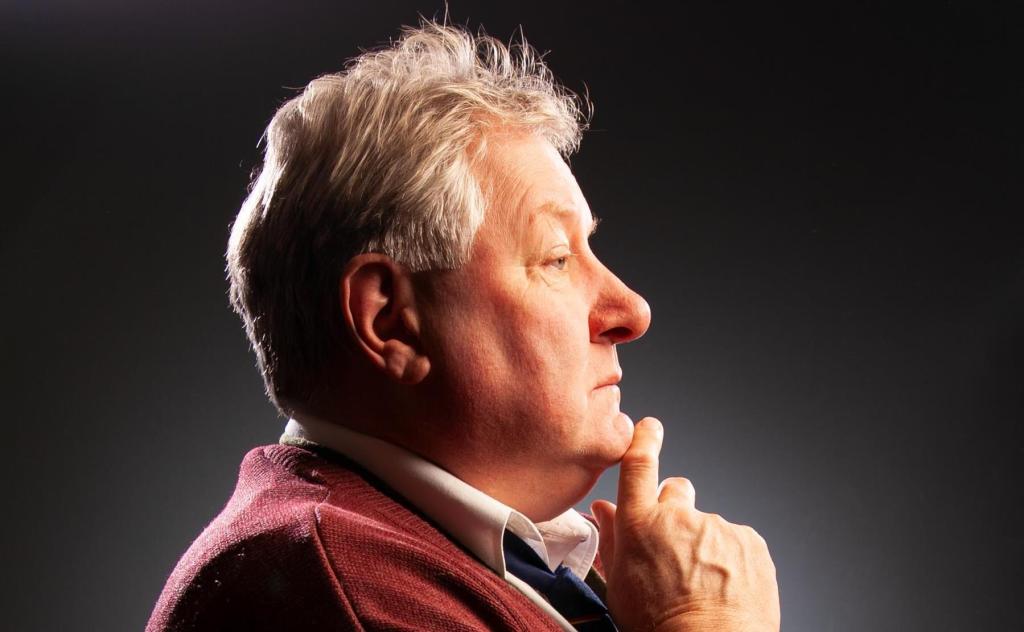 This is a warm, beguiling book that captures you in the first pages. Wood’s distinctive, mellifluous voice is evident throughout and it is as if he is talking to a valued friend.

Inspired by his agent, Wood’s autobiography is a fascinating insight into Australia’s theatrical, movie and TV world. Readers might be most familiar with  Gold Logie winner Wood’s roles in Blue Heelers, Rafferty’s Rules or The Doctor Blake Mysteries, but the book also details his extensive work in live theatre, with companies including Melbourne Theatre Company, Sydney Theatre Company, to Nimrod, the Ensemble Theatre, and Lighthouse Theatres, with a body of work that includes operas and musicals, and writing credits on various TV shows.
How I Clawed My Way Back To The Middle is generally arranged chronologically, each chapter a small ‘soundbite’ that takes the reader from the 1950s through to 2019, and a photo section in the middle. I have one small quibble however – this book could do with an index at the back.

The book opens with a musing about his love of the theatre, and we learn about his approach to and the work processes of acting, as well as anecdotes about working with many of the theatrical greats throughout his career.

We are taken through his early home and school life, teachers that influenced him, then his work as a metal presser and a clerk for the Victorian railways, also the local abattoir among other jobs. Then his studying at NIDA in Sydney followed by theatre work juggling performances both in Melbourne and Sydney (and other places) which has continued ever since. Particular attention is given to the support of his wife and muse, Leslie, who he fell in love with the moment he set eyes on her, and to their two daughters.

Wood comes across as unassuming, at times amusing, and charismatic. He is a man of many talents who has not taken the opportunities he has been offered lightly. We also learn about the major accidents he has been in and how he has been close to death a couple of times and somehow recovered.
Wood passionately and very candidly writes about the industry he is involved in , the uncertainties of a performer’s life,  and those he has worked with. However, it’s not all glamorous: he is equally reflective on the moments of family life he had to miss because of work , the sacrifices and hard choices he has had to make, and various regrets.

The book is written with great warmth and passion, acknowledging the transitory essence of the theatre world.
Now in his 70’s one wonders what will happen next, post COVID-19. It seem that Wood still has many roles to play.

Lynne Lancaster is a Sydney based arts writer who has previously worked for Ticketek, Tickemaster and the Sydney Theatre Company. She has an MA in Theatre from UNSW, and when living in the UK completed the dance criticism course at Sadlers Wells, linked in with Chichester University.