Ironically enough, Ascendant – a film in which a young woman is trapped in an elevator – also has a good film inside it trying to get out, writes Anthony Morris.
Anthony Morris 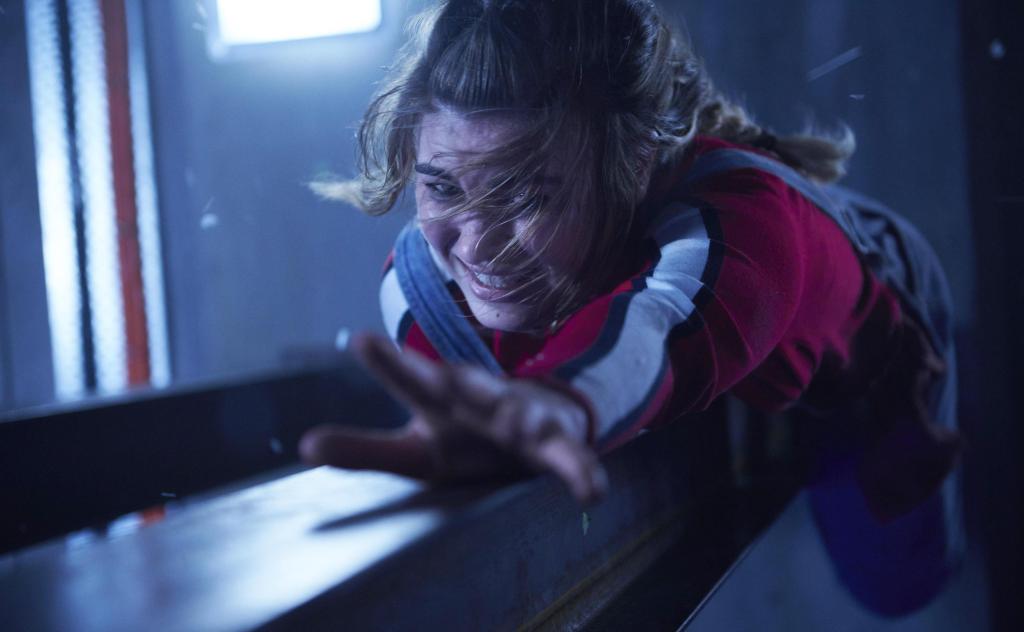 Charlotte Best’s performance as Aria Wolf is a highlight of Ascendant. Image supplied

First-time director Antaine Furlong’s science-fiction thriller gets more right than you might expect from a (relatively) low-budget Australian effort, but its attempt to be both a cramped thriller and the opening salvo in a super-powered trilogy don’t gel. Too often the two stories are working at cross-purposes: tell the story you’re currently telling, don’t keep throwing in bits from the one that’s yet to come. Ironically enough, Ascendant – a film in which a young woman is trapped in an elevator – has a good film inside it trying to get out.

Aria Wolf (Charlotte Best) wakes up in an elevator. Bound and gagged, she’s alone in a confined space dominated by a glitching video screen that gives things an (extra) sinister edge. She doesn’t know where she is, so calling 911 is no help; when the elevator suddenly plummets down the shaft, she’s flung up into the ceiling. Gradually her current plight becomes clear – but what does it have to do with returning memories of a childhood spent with a sister she doesn’t remember, and magical powers she can’t explain?

Aria ends up as the link between two separate stories. The one in the elevator eventually resolves itself into something of a hostage drama, while the one in the flashbacks turns out to be a situation that could have been the opening of any number of YA sagas. The script (by Furlong and Kieron Holland) does eventually link up the two timelines in a way that makes sense; unfortunately, the flashbacks turn out to be more of a shock twist than anything intrinsic to the main story. It’s the kind of doom-laden science fiction development that would have had more impact if it had been kept to a handful of scenes instead of distracting from what starts out as a successfully tense thriller.

This film’s biggest asset is [Charlotte] Best, who throws everything she has into the role and successfully sells every minute of it.

Furlong, who left film school behind for a successful business career (he was one of the driving forces behind online portal firm Massive Interactive), rarely puts a foot wrong with the visuals. Despite the confined locale, there’s plenty of energy in Aria’s scenes, while the flashbacks are often a strong showcase for the fizzy work of local effects house Stage 23. He’d be a director to watch – if he wasn’t already financing and running his own production studio, Daydream Films International.

This film’s biggest asset is Best, who throws everything she has into the role and successfully sells every minute of it. A lot of her work here is reaction shots (and getting up from the floor after another sudden drop), which makes her performance all the more impressive. Jonny Pasvolsky as her father gets better the more blood he’s doused in, while Alex Menglet seems to be thoroughly enjoying himself as the villain of the piece. Which is exactly the approach this kind of film needs.

As a calling card for Furlong’s production company, it’s already done its job: Samuel Goldwyn Films has secured worldwide distribution (it’ll be released in the US as Rising Wolf in July). With post-Covid cinemas most likely still starved of content, it has a better than usual chance of making a mark. And if it doesn’t, well… despite the clear path forward for a sequel, this instalment has the good sense to wrap things up firmly. Sometimes when you escape a trap, you don’t want to look back.