Cate Shortland is not your standard gun-for-hire director, but she was the perfect choice for Black Widow, says Daryl Sparkes.
artshub-au 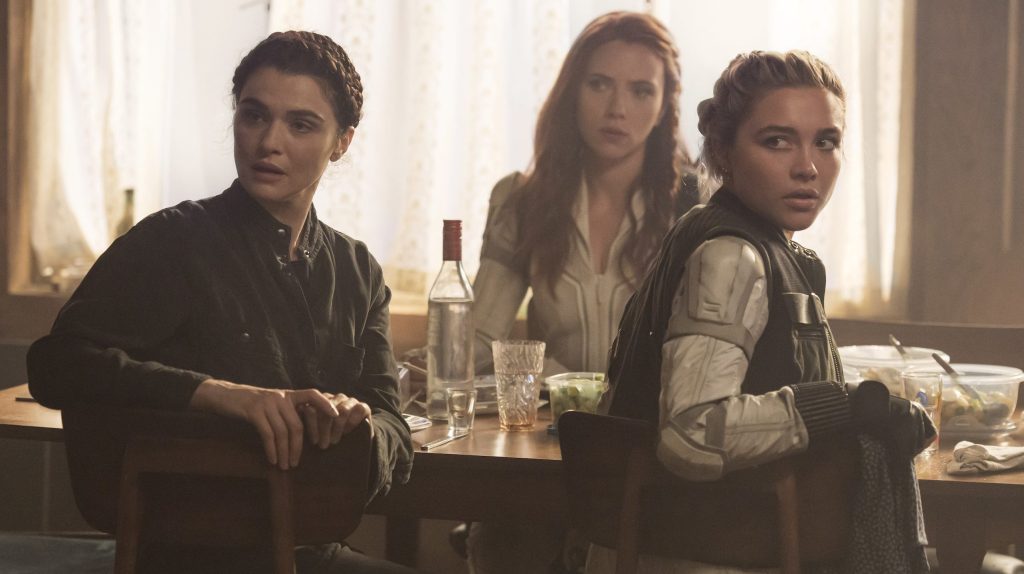 Cate Shortland is not your standard gun-for-hire director. Known for her dramas, verging on art-house, the Australian director’s oeuvre is just three feature films and some television work in 20 years.

And while the features are quality work, accepted to Cannes and Sundance with impressive reviews, they didn’t exactly set the box office on fire.

Somersault (2004), Lore (2012) and Berlin Syndrome (2017) are modestly-budgeted, intense personal dramas, centred on young female characters who are having some sort of dysfunctional relationship with a male counterpart. There are few (if any) special effects. These are character-driven stories in natural, realistic settings.

So it is interesting Shortland was chosen as the director of the newest Marvel film, Black Widow, which opens this week in cinemas.

Black Widow is so far removed from Shortland’s previous story and aesthetic style I can’t imagine any Marvel movie fan having Shortland as their first choice as director — assuming they would know her name at all.

But if you look closely at her previous films and the Marvel cinematic universe, there are some startling similarities, especially regarding female protagonists.

Indeed, Shortland’s forensic examination of the struggles that shape women’s pain and strength makes her the perfect choice to direct this film.

Somersault, written and directed by Shortland, is the coming-of-age story of a teen who runs away from home to the snow-covered fields of Jindabyne. The film looks at the main character’s awakening sexuality, and how it influences those around her.

It’s a complex, yet nuanced work, with highly stylised cinematography that creates a ponderous pace.

Shortland’s aesthetic style is very European. Her films have a dream-like quality, enhanced by muted colours and subdued, ambient lighting.

With this in mind, it was not surprising that Shortland’s next two films were produced in Germany.

Lore, co-written by Shortland with Robin Mukherjee and based on a story by novelist Rachel Seiffert, is set just after the second world war, where five German children are sent to find safety in their grandmother’s house in fear of the approaching Soviet forces.

Shortland weaves a gentle tale of sibling care against external threats, underlying this story with a relationship between the main character, Lore, and a young Jewish boy, a concentration camp survivor.

Berlin Syndrome, written by Shaun Grant and based on Melanie Joosten’s book, is the story of a young Australian traveller who meets a local man while in Berlin. She is soon held hostage in his apartment and forced to become his ‘girlfriend’.

In each of these films, the lead characters are fragile, vulnerable women, isolated in unfamiliar territory. As the story unfolds, they find strength through their struggle against adverse situations and hostile characters.

These are introspective, character-focused stories with sexual undertones.

There is no realism in Black Widow; no soft lighting with slow-paced, character-driven, inner perspectives. It is plot-driven, with little time for nuance: hyperbolic action produced in massive green screen studios, with computer-generated imagery creating a substantial portion of the film.

And yet, Scarlet Johansson’s titular character shares many of the same qualities as Shortland’s other leads.

The Marvel Universe is ever-increasing, with new films and television series exploring the origin stories of minor characters. In this film, we discover Black Widow had to claim her strength after a childhood of hardship and abuse. And, like Shortland’s other female characters, men in her life try to control and dominate her.

Johansson has portrayed Black Widow in six previous Marvel films. In 2018 she said:

I think there is definitely an opportunity to explore the Widow as a woman who has come into her own and is making independent and active choices for herself, probably for once in her life.

With the Marvel franchise looking for more diversity in its creative teams 70 female directors were interviewed for this film.

Shortland told Variety she couldn’t see herself directing a film so reliant on CGI effects and highly choreographed fight scenes. Initially, she turned it down.

But Johansson was so impressed by Shortland’s previous films she pushed hard for her to direct, and worked hard at convincing Shortland to take the job.

The connection Shortland felt with Johannsson, as well as Johansson’s explanation of the Black Widow character as a parallel to Shortland’s own films, eventually persuaded her to take the helm.

Women finding strength in the face of trauma drives the narrative of every Shortland film. In Black Widow, Shortland imbues the quieter moments with character complexity and her signature visual style. Her artful storytelling is as much a part of the film as the explosions and superhero brawls.