When the NZ Doc Edge conference was stopped by COVID-19, the Industry Manager added one line to his email address: Sod you coronavirus, we're going digital!
Keith Barclay 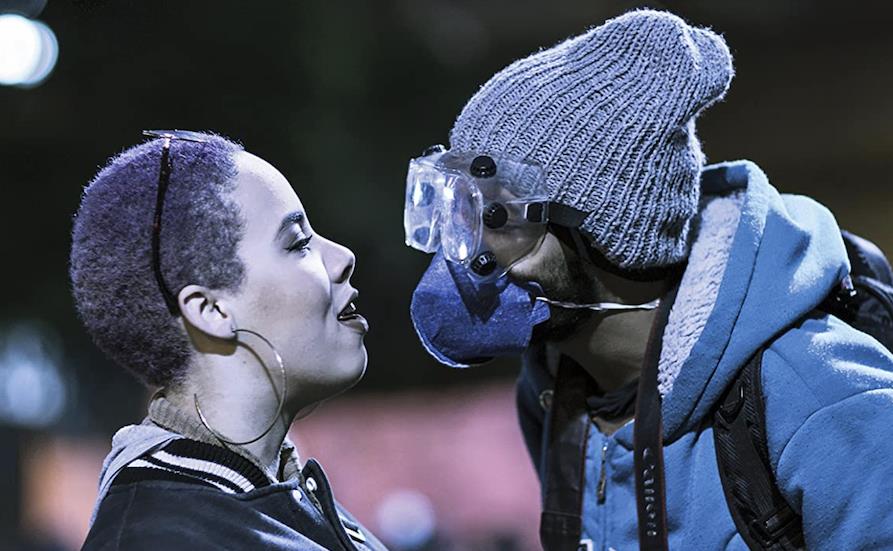 In a broken world we strive to connect. Image: Marcela Jesus in Your Turn, made by Eliza Capai in Brazil, run at Doc Edge 2020. From IMDB.

Keith Barclay was the Industry Manager for the New Zealand Doc Edge conference, which plunged into digital delivery moments after the plague arrived. Now that he can drink his tea without the cup shaking, he wrote down five things he wished he knew in March.

This is his personal account. You may know his name as the former editor/owner of Screenhub NZ.

1. Home alone is not the same as team alone

I’ve worked freelance for more than four decades, solo for over half of that time, and from home for over 15 years. Home has been different places in different countries during those decades, but I’ve always found it easy to work there.

I understand my work-life balance needs; know how to schedule work and hit deadlines. I have strategies for staying sane, many of which involve playing computer games and shouting at the TV when I lose (which is too often these days). I’m good at multi-tasking. I can, for example, lose at FIFA and shout at the TV at the same time.

Working remotely as part of a team is a very different ballgame.

People have different rhythms, different demands and expectations placed on them in their own environments, and rarely will they match your own. Lots of people now say they were more productive in lockdown. Maybe that’s true when people were working on solo tasks.

I would have loved to understand, much earlier on, what a constant and frequently unproductive game herding a team of cats alone can become.

2. Not everybody is good with time differences

One of the great things about COVID-19, odd though that statement sounds, is that its effects have been ubiquitous. We’ve been forced to confront it strategically, as a tribe. Only those too arrogant, too stupid or too Republican to acknowledge reality, believe that life can go on as if a global pandemic hadn’t happened.

For well over half my life I’ve not lived in the same country as most of my family. I’ve worked with, and for, clients in different time zones to mine since before Y2K was a twinkle in a scaremonger’s eye.

While our physical worlds have shrunk dramatically this year, our appetite for connection by other means has grown exponentially. In the last couple of weeks, I’ve done zoom calls with people in over 20 countries in a dozen time zones.

I thought understanding time zones was pretty basic stuff in a global economy, pre-, during or post-pandemic. But apparently it’s not, given the amount of time wasted over the last three months doing meetings twice because one party or another failed to work out the time zones correctly.

3. Some laws apply regardless

Anyone who’s ever thought they’ve got plenty of time to do something has quickly, become familiar with Parkinson’s law, which paraphrased, states: Any job will expand to fill the time available to complete it.

Anybody who’s ever struggled to hit a deadline will be equally familiar with Murphy’s Law (aka sod’s law) which, also paraphrased, states: If it can go wrong, it will.

Having more time is not always the answer. But spending more time planning, testing, trialling and eliminating any problem you have control over, is time well spent. Even if, as any student of Robert McKee will tell you, the only thing solving a problem ever leads to is a bigger problem.

4. If Zoom is the answer, what was the question?

Have you got a minute for a quick zoom? No, I haven’t, and neither have have you, because there’s no such thing. A quick zoom is an oxymoron sprinkled with irony.

Zoom is a great tool, a great way to connect and, thanks to virtual backgrounds, a lot cheaper than a cleaner.

It can be a virtual office, where an open call of many hours’ duration can allow socially distanced team members to beaver away solo and just shout out when they need to connect with someone.

Breakout rooms have their place, even if that place often seems to be in place of the sort of motels that rent rooms by the hour.

What zoom isn’t is a watercooler, and that – it seems – is what most people missed most while working in isolation.

5. How do you eat an elephant?

The answer is, of course, one bite at a time. But add to that: with the right tools.

Tools many of us thought we were competent at using, that were fit for purpose in January and February, now look very different. Some look like zombies, aimlessly stumbling around, unaware they’re the new MySpace. Some look like exactly what they are – opportunistic start-ups, or upstarts. Some have expanded the roll-out of new features, or expansions on existing feature sets.

Some of these improvements are great, many are good, a few are annoying… but only those too arrogant, too stupid or too Republican would take them into a live environment without the time for testing and re-learning.

The other thing I really wish I’d known in March, was that come July I’d be able to go to a garage sale and pay cents on the dollar for my next pack of toilet rolls.