Nordic drama: what’s all the fuss?

On television and in crime fiction, dark Scandinavian dramas are the flavour of the month. But why have they got us hooked?
James Langley
[This is archived content and may not display in the originally intended format.] 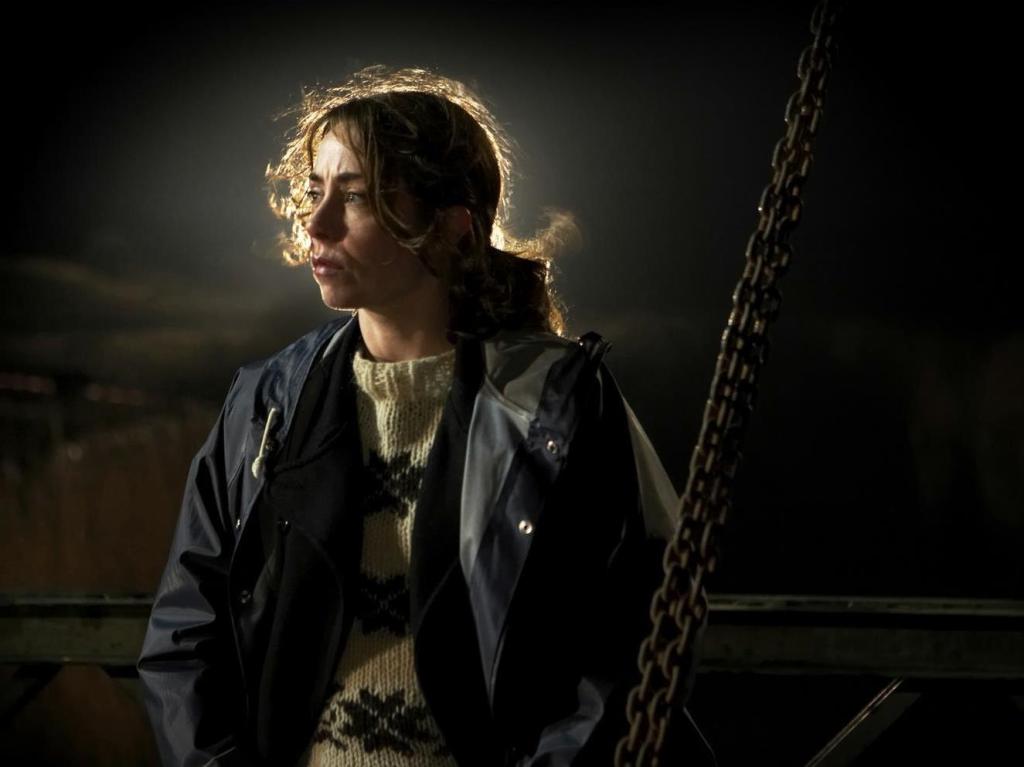 A still from television series Forbrydelsen (The Killing). Photo by Tine Harden.

Since 1999, the family-run Faroe Islands business Gudrun and Gudrun has been producing traditional, handmade knitwear, maintaining a small customer base across Northern Europe. However by the end of 2011, Gudrun’s 40 employees were struggling to meet demand as orders piled up from across the continent and as far away as New York and Japan.

The demand was for their traditional Faroese Fisherman’s star motif sweater, faithfully worn by Detective Superintendent Sarah Lund of the Copenhagen Police Department. Det. Lund had been in the public eye as she conducted her lengthy and prolific investigation into the rape and murder of 19 year old Nana Birk-Larssen. The investigation, and all involved, became intimately familiar to many around the world.

Of course, Sarah Lund is a fictional character, brought to life in Denmark’s highly successful crime drama The Killing (Forbrydelsen). Arriving on Danish screens in 2007, this slow burning, 20 episode drama followed the unsmiling and dedicated Lund as she desperately hunted Birk-Larssen’s killer while simultaneously navigating the political and personal ramifications of the case. The Killing became the most successful Danish series to date and received critical acclaim across Scandinavia.

Such was The Killing’s success that in 2011, the BBC gambled on broadcasting the show’s first season in the UK to an audience that had, until that point, shown little interest in foreign, subtitled content. The gamble paid off. The Killing quickly gathered a dedicated following across its three seasons, with the final episode collecting viewer ratings that rivalled English-language programs such as Homeland and The Mentalist.

A demand for Scandinavian dramas in the foreign market quickly escalated across Europe and the rest of the world. By 2012, The Killing had been exported to 97 countries and a string of successful shows followed in its game-changing footsteps, including the transnational murder case and unforgettable characters of The Bridge (Broen/Bron) and the political scandals of Borgen.

The rise of Scandi drama

The recent popularity of Nordic television is firmly rooted in its suspense-fuelled crime and political dramas. However, long before Sarah Lund was embroiled in the Birk-Larssen case, other individuals were seeking justice across the Nordic landscape, through the pages of the region’s literature.

Throughout the late 20th Century, Nordic crime fiction began evolving from the systematic ‘whodunnits’ of Agatha Christie into complex narratives where crimes were examined in a wider context, as symptoms of a damaged society. Many successful Scandinavian writers emerged via this modern spin on the genre including Per Wahlöö and Maj Sjöwall, with their Detective Martin Beck series; and Henning Mankell’s damaged but professionally brilliant Detective Kurt Wallander.

But it was a tattoo-adorned, sociopathic computer hacktivist who changed the state of play. Selling over 30 million copies by 2010, The Girl with the Dragon Tattoo (the first volume in the late Stieg Larsson’s Millennium series) became an international sensation. Examining Swedish society’s downfalls in a brutally candid manner, it offered a distinct shift in crime writing, captivating readers with its mismatched investigative team of journalist Michael Blomkvist and social misfit Lisbet Salander. The success of the Millennium series lead to international interest in Scandinavia’s dark crime fiction, and book sales began to soar.

The Killing and its successors arrived at the right time and, together with similar novels and films, became part of a genre quickly dubbed ‘Nordic Noir’. However, as these high profile series came to an end, it appeared the Scandinavian drama scene would fade once again into obscurity; a short-lived phenomenon riding the slow fading wave of a successful book trilogy.

However, this year the Danes have swapped crime and political themes for family drama. Following the death of its family matriarch, The Legacy (Arvingerne) documents the travails of the Grønegaard siblings and their bitter quarrels over a considerable inheritance. Instantly successful in Denmark and neighbouring countries, The Legacy also garnered attention in the foreign market, proving Scandinavian drama is still very much in vogue.

Like traditional noir, these Nordic dramas are usually set into motion by a sombre catalyst, most usually a crime. Be it the murder of Nana Birk-Larrson or the discovery of a body upon the Øresund Bridge, this catalyst acts as a destabilising force in which desperately veiled truths are brought to the surface. In contrast to the synthetic beauty frequently portrayed in US produced shows , the Nordic dramas examine the divisions of society with unflinching brutality and allow the core mystery to shift from ‘Whodunnit?’ to ‘Whydunnit?’.

Blanketed with an Utopian image of social security, flat-packed furniture and 70’s pop divas, the Nordic nations frequently top ‘Best of…’ lists, including the UN’s ‘World Happiness Report’. The recent spate of Nordic dramas have flipped this stereotype on its head.

This year, following the success of the Netflix-produced Lilyhammer (2012), it is the Norwegians who are supplying the crime drama, with NRK’s original series Mammon. An attention-grabbing, twist-filled mini-series, Mammon follows journalist Peter Verås and his investigations into his brother’s suicide. Soon, Verås is delving in murkier business: political and financial corruption, and proving that the home of the Nobel Peace Prize is far from perfect. Throw in Verås’s estranged family and some merciless corporations and Mammon fulfils its thriller expectations.

Although well received by audiences unaware of the originals, a major criticism with the American remakes of The Killing and The Bridge was that the locations (Seattle and El Paso respectively) were already well known from a long list of previous screened American TV shows and films. The Scandinavian cities, notably absent of towering skyscrapers, provided a sense of unfamiliar exoticism whilst remaining relatable to western audiences. The streets of Copenhagen and Malmö became major characters of both Forbrydelsen and Broen/Bron, as does Oslo and Bergen in Mammon.

Nodding towards classic crime fiction themes of isolation, this year’s The Legacy swaps such urban locales for the birch tree forests of the Danish hinterland (made familiar by this year’s Oscar nominated Danish film, The Hunt/Jagten). Similarly, Sweden’s current export Thicker Than Water (Tjockare än vatten) follows a similar pattern, taking it a step further by placing the quarrelsome Waldemar family upon the remote Åland Islands. Once again the locations are exotic and typically Scandinavian, the isolation injecting added tension into the entwining plots.

Far from the lush green countryside or snow blanketed cities found on picture postcards, Nordic dramas take place on the cusp of winter. Leafless trees, frozen grasslands and windswept streets provide a bleakness that reflects the sombre themes and atmosphere. Interestingly, Thicker Than Water is set during the summer, exquisitely utilising the warm Nordic sun to provide a false sense of security as this intriguing family drama plays out. Although not a typical noir, the darkness of Thicker than Water soon seeps through the cracks, enveloped in shadowed forests and the spray of crashing Baltic sea waves. Trapped on the islands, it doesn’t take long for the Waldemar’s sinister family secrets of domestic violence, adultery and even murder to spill out into the open.

Highlighted by then-experimental techniques in lighting and camera placement, traditional films noir such as The Maltese Falcon, Double Indemnity and Scarlet Street are memorable for their visual style. Mammon, echoing The Killing, sets its sombre tone with dark colour palettes and strong contrasts between light and shadows in true noir fashion. Extensive use of the documentary-like handheld camera, emotion grabbing close-ups and oblique camera placements provide confronting insights into the characters’ plights, and the bleached visuals of The Bridge and Thicker than Water are reminiscent of David Fincher’s neo-noir hit, Se7en.

Intricate plots and exotic locations aside, Nordic dramas are quintessentially character driven pieces, and audiences have come to expect intriguingly complex characters whose interactions and relationships can, on occasions, take precedence over the main story. Be they the stone-faced, phlegmatic Sarah Lund, or the comically abrupt Aspergian detective, Saga Noren, fascinating and intriguing characters are always ready to complement the shows’ other pleasing aesthetics.

Tracing the conventions of noir, these character are invariably morally ambiguous individuals who prefer their own company. Socially awkward, goal orientated and fiercely determined, there is an emphasis on reality over fiction; flaws and idiosyncrasies abound, and are relatable to the viewing audience. Far from the halo-wearing Hollywood hero, these characters prevail by learning from their – sometimes dire – mistakes and, more often than not, embody a prominent position within the flawed society so often portrayed.

Journalist Peter Verås of Mammon provides a distinct male counterpart to The Killing’s Sarah Lund; unsmiling and career-driven, he places his work first. Family betrayal and political scandal is just part of his job. Despite being centred on ensembles, The Legacy and Thicker than Water also rely on the meticulous complexity of its characters, for it is their decisions and failings that drive these plots forward, be it Gro Grønnegaard stripping her siblings of their inheritance; or Lasse Waldemar betraying his brother and committing insurance fraud.

After becoming the second-highest viewed series in Norwegian television history, Mammon proved a hit in several countries across Europe and Oceania. Even before the first episode went to air, the rights were snapped up by 20th Century Fox and an English language version was being prepared. The Legacy has received similar attention and, although yet to be exported outside of Sweden and Finland, Thicker Than Water has gained a dedicated online following of Nordic enthusiasts, thanks to on-demand mediums.

The rise of Nordic dramas has also begun a distinct movement towards and interest in foreign language and subtitled dramas. Salamander, the Flemish-language crime series from Belgium, as well as several other noir-inspired programs from Italy and France, have received acclaim from international audiences. Productions from nations including Iran, Israel and Holland are also receiving a steady rise in foreign audience viewership.

However, for now it is the Scandinavians who are leading the way. New shows have been announced for the 2015 season and September will see the release of historical drama 1864, Denmark’s first major period drama, and the country’s most expensive television series to date.

Nordic dramas, it seems, are just stretching their wings.

James Langley lives in Sydney and is studying professional writing. 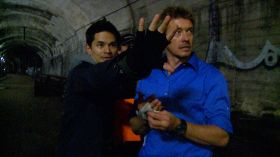 Film Review: The Tunnel - The Other Side of Darkness 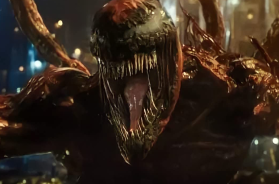