No country for new videogames: Brandis and Abbott are playing with our creative future

Videogaming is set to suffer under the NPEA, with the draft guidelines explicitly excluding this thriving cultural form.
Brendan Keogh
[This is archived content and may not display in the originally intended format.] 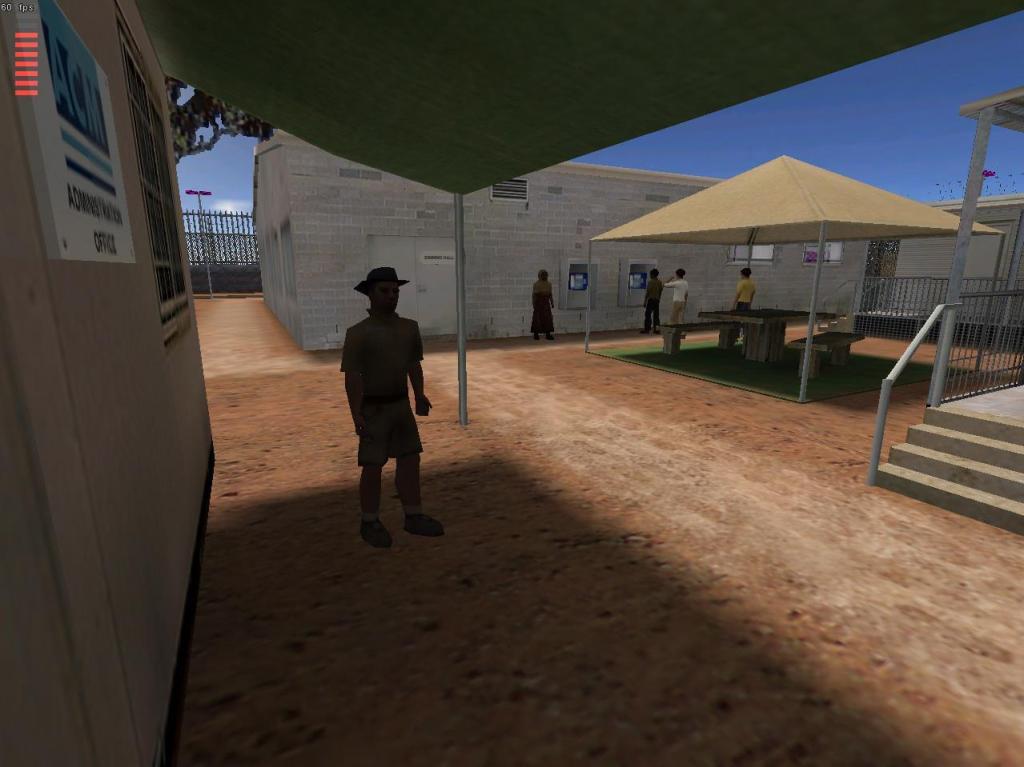 Still from Escape From Woomera via wikipedia.org

The recently-published draft guidelines for the National Program fo Artistic Excellence (NPEA) make it clear the body – under the direction of Arts Minister George Brandis – will not fund “interactive games”. That news comes on the back of the government’s cessation of the Australian Interactive Games Fund in the May 2014 budget, removing A$10 million from the Australian games industry. Such moves are counterproductive to Australia’s justifiably renowned games development industry.

If you ask a member of the international videogame industry to name a videogame created in Australia, chances are the game they name won’t be a commercial blockbuster, but a small art project released more than a decade ago. Created in 2004, Escape From Woomera shone a light on the state of the Howard government’s refugee detention camps.

While media were not allowed to enter those camps, the Escape From Woomera team collaborated with journalists and inmates to reproduce the harsh environment virtually for Australian citizens to see what was being done in their name.

Unsurprisingly, Immigration Minister Phillip Ruddock was unimpressed that a situation the government tried so hard to hide was not only publicly available, but publicly navigable. More surprising, perhaps, was that refugee and human rights advocates (including then Human Rights Commissioner Dr. Sev Ozdowski) condemned the game for using the issue of asylum seeker detention as the topic for an entertainment product.

Such condemnation for a game that in hindsight is so clearly sided with the refugees stranded in detention camps such as Woomera (and now Manus Island and Nauru) is understandable as a popular connotation of “videogames” as “entertainment products” rather than “art form” persists even today.

Whereas cinema, literature, dance, music, and theatre can all be either entertainment product or serious and political artwork (or both), videogames have historically struggled to be considered by a broader culture as capable of serious, political messages.

Escape From Woomera’s international cultural significance is that it was one of the first videogames that showed a broader population that videogames can be artistic and political. It was not produced by a commercial publisher. Its developers received a A$25,000 grant from the Australia Council.

Despite the Howard Government trying to save face, and criticism from refugee advocates unfamiliar with the videogame form, the Australia Council defended its funding of the game, and history has proven it right.

Escape From Woomera is now renowned as one of the forebears of what are now sometimes called “serious games”. It regularly appears in art galleries and exhibitions around the world, and is held up as exemplary in numerous game design textbooks. It put Australian videogame development on the international map, and it put videogames internationally on the cultural map.

Now that Attorney General and Arts Minister George Brandis has gutted Australia Council funding to fund the NPEA, we can confidently say that if Escape From Woomera was proposed in today’s climate it would never see the light of day.

For one, the ministerial approval that Brandis would have to personally give to any NPEA-funded project would be unlikely for any project that criticised the government’s brutal and internationally condemned refugee policy.

That the peer-review system of the Australia Council is likely to be replaced in many cases with Brandis’ office deciding case-by-case what art is funded is the major criticism the NPEA has received to date, as it essentially replaces a strong funding body for Australian culture with state-sanctioned art.

As mentioned at the outset, the draft guidelines for the NPEA explicitly state that “interactive games” will not be eligible for funding. Even before the political considerations, that would instantly exclude projects such as Escape From Woomera from funding possibilities.

This explicit exclusion of games from artistic funding in this year’s budget follows on from the abrupt cancellation of the half-complete Interactive Media Fund in last year’s budget as part of the government’s cuts to Screen Australia. The fund provided an exciting boost to a range of commercial game products and studios; its cancellation with zero industrial consultancy left the local game industry – which was adapting to a post-GFC world where many international publishers had already pulled out of Australia – reeling, with A$10 million removed from the fund overnight.

Brandis’s office bypasses peer-review to hand out cash to the Australian Ballet School and classical music recording label Melba Recordings with one hand, and withdraws both artistic and industrial support for newer digital art forms such as videogames with the other. That signals a government whose cultural agenda is naive and Euro-centric at best and maliciously self-indulgent at worst.

Games such as Escape From Woomera, events like the Freeplay Independent Games Festival (on which I was a programming committee member last year) and GameMasters, and venues such as the Australia Centre for the Moving Image have long given Australia a reputation for being a hotbed of artistic practices around new media forms such as videogames.

Meanwhile, commercial successes such as Fruit Ninja, Crossy Road, Framed, and Armello (the latter two of which were funded by the Interactive Media Fund before its cancellation) has given the Australian videogame industry the reputation of a community constantly adapting to difficult industrial situations.

The current government, it seems, has no interest in this reputation. One silver lining is that last month the Greens secured an inquiry into the Australian videogame industry to see why the local industry has experienced contraction while the global videogame industry continues to grow.

This has been broadly met with cautious enthusiasm by the local industry, but any chance of this inquiry influencing the current government’s conservative cultural agenda seems slim, at best.

The actions of the Abbott government generally, and Brandis in particular, across their two budgets to date show nothing but ignorance and carelessness when it comes to Australia’s cultural and creative future, especially in regards to videogames.

This article was originally published on The Conversation.
Read the original article.

Brendan Keogh is a Brisbane-based critic and academic. He is currently a Lecturer in the School of Communication and a Chief Investigator of the Digital Media Research Centre at Queensland University of Technology. He is the author of A Play of Bodies: How We Perceive Videogames and Killing is Harmless: A Critical Reading of Spec Ops The Line.