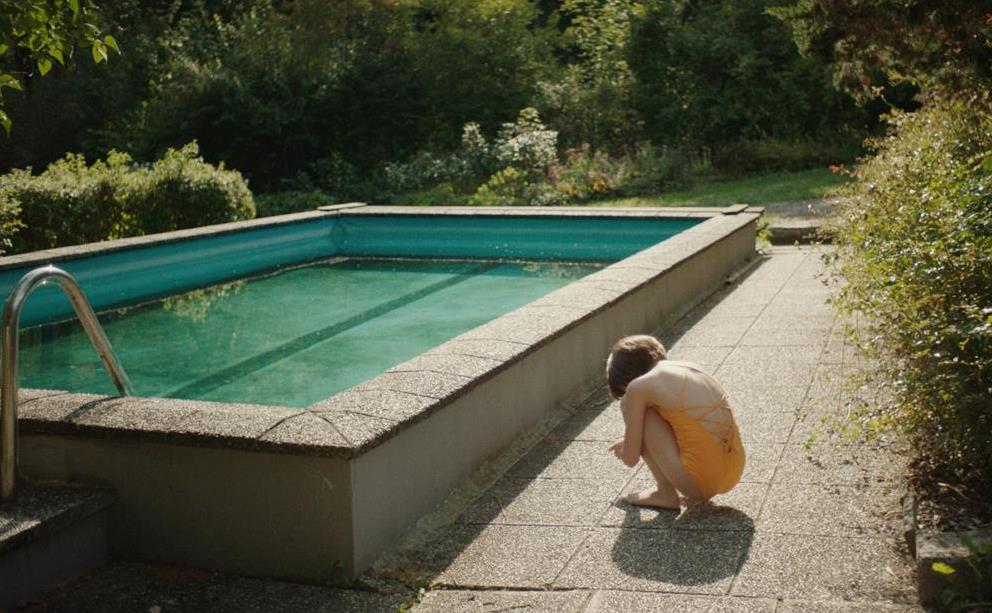 The Trouble With Being Born. Image: Cinema Europa

A week out from a film festival, any management needs a censorship scandal like a hole in the head. And MIFF has just created a brand new doozy.

It has withdrawn The Trouble With Being Born, directed and co-written by Sandra Wollner in a German-Austrian co-production. The film premiered at Berlin this year just before COVID struck, and received the Special Jury Award in the Encounters section.

Here is the official summary of the film:

A beautiful house. Countryside all around. A father lives alone here with his 10-year-old daughter. That’s what it looks like at first sight. The girl, who swims, speaks and laughs, is an android machine programmed to keep alive the presence of a girl who was lost – while also satisfying the desires of its owner and relieving his loneliness. At some point she vanishes but continues to function in her own way.

Cineuropa has a clip from early in the film that starts to reveal how disturbing this film is.

The second clip, here, is a transitional moment, shows a man dancing with a child robot. It is in no way pornographic, or violent, or even disturbing. But it is somehow primally worrying. And no, I am not putting it on Screenhub; you can take responsibility for your response by opening up the clip.

Part of this is surely about our own deep anti-incest inhibitions. And also the meatware rules we have embedded far from consciousness, which stops the symbolic and the real combining in some matter/antimatter explosion.

Variety puts this very well in a review:

But then Sandra Wollner’s “The Trouble With Being Born” inspires nothing but strange feelings, from unnerving horror to shocked admiration to visceral disgust to that specific type of disorienting nausea that comes from the fractional delay between your eye processing a well-composed image, and your brain comprehending the implications of the actions so coolly depicted.

That gap is just one of the many conceptual fissures into which Wollner’s desperately creepy, queasy, thought-provoking film gnaws: image vs. implication; human vs. non-human; real vs. unreal. If “The Trouble With Being Born” lives anywhere, it is on the deepest, most sunless lower slopes of the uncanny valley.

It is clear, however, that Elli is not really Daddy’s daughter, or even a human girl, but an android. What we don’t know is whether he is her creator – the Geppetto to her female Pinocchio – or simply an owner, and this is one of the many uncertainties that ferment throughout. Who, for example, is the ‘Mama’ that Elli refers to, and did she and Daddy ever really spend time in Belgrade, an experience she seems to have forgotten?

Things take a disorienting turn when Elli sets out on a journey alone and finds herself in the care of an elderly Austrian woman (Ingrid Burkhard), whose son customises the girl in conformity with the emotional needs of his mother. Elli, now effectively another character entirely, begins a very different but no less disturbing relationship with her new custodian.

You can find a video interview with Wollher at Berlin here, while the Austrian film agency has published a print discussion which helps to contextualise the offence of this film.

A disturbing feature of the first half of The Trouble With Being Born is the ambiguity of the father figure, where the sense of grief and loss about the disappearance of his daughter and sexual desire for her (or another underage girl) achieve an interlocking independence. Another possible view is that he is able to program in one single robot memories of his daughter and his sexual desires which were triggered by her. The ambivalence remains. Why do you play with these aspects?

SANDRA WOLLNER: First of all, it’s in principle just like Vertigo: a man attempts to bring the object of his desire back to reality – which is in itself of course a problematic topos. In my film a man has already brought the object of his desire back to reality and can shape it entirely according to his own wishes. On the one hand this desire is reasonable, because it’s dictated by loss and grief concerning a real person, while on the other hand it is unreasonable – far more dynamic than desire alone, because he wants to live out his sexual fantasies. I found it interesting that both exist at the same time and can also be lived out simultaneously in this virtual being. The bizarre aspect is that it doesn’t make any difference at all to this being: it even says it’s pleased, because that’s what it’s been programmed for. It’s unbearable for us, but it’s a matter of complete indifference to the robot. Personally, I find the idea incomprehensible, offensive. But it doesn’t matter at all to that object. And of course that is a provocation for us. A challenge which essentially throws us back on our human condition.

Why would MIFF want to drop the film from its program, when surrender to censorship is seen as traditionally a deep betrayal in the international festival empire? After, the picture is a deep artistic examination of our needs and contradictions which also points to horrific questions about our future selves.

In this world, the very fact that the film is both disturbing and genuine art is a reason to protest it.

The story started with The Age. By its own account the paper found two experts who object to child pornography, who made statements against it.

Dr Karen Owen, a forensic pychologist and former manager of Corrections Victoria’s Sex Offender Programs, viewed part of the film but said she was so disturbed by it “I ceased watching the movie and have deleted the link”…

The film was “just wrong in so many ways,” Dr Owen said. “Notwithstanding the artistic intent of the movie, without question it would be used as a source of arousal for men interested in child abuse material.”

It ‘normalises sexual interest in children’.

Fellow forensic psychologist Dr Georgina O’Donnell, who has not seen the film but has considered detailed descriptions of it, said Australian Federal Police classifications of Child Exploitation Material included laws against depictions of real children, anime, cartoons, and the use of AI children for sexual gratification.

At this point, The Age told MIFF, which pulled the film. It made them think:

‘The safety and wellbeing of the MIFF community and broader Australian public is of paramount concern to the festival.’

We’ve been chasing this debate around for generations. Some societies believe that a man who doesn’t wear a beard will excite sexual interest in men because he looks like a woman.

While the Australian Classification Board had cleared the film to screen in this year’s festival, after receiving specific, expert advice – in relation to both the content within the film and the online context of MIFF 68.5– we have made the decision to remove the film.

I would like to know who these unnamed experts are whose opinion is to be followed above the government censors.

Here are some comments from that Variety review:

Disgusting filth! The makers of this trash should be locked away for pedophilia. Once again the sickos in the entertainment industry try to normalize their sexually deviant ideas. On the other hand I am sure Roman Polanski and Woody Allen will love it!