From Now till Then: a brief reflection on institutional racism 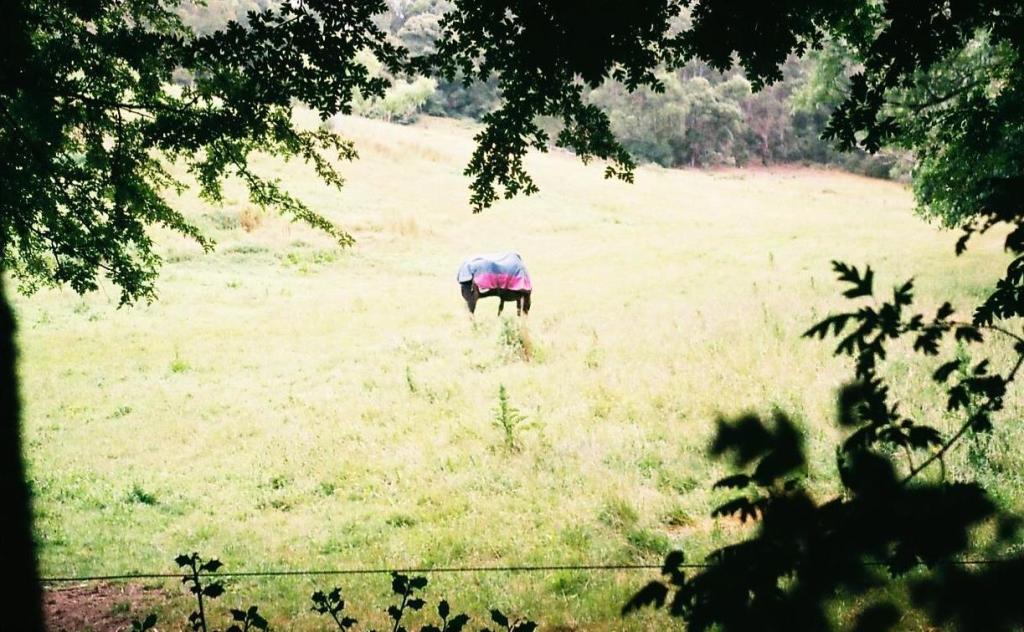 Alone in a field with my thoughts. Photo by Kalu Oji.

For the last few years institutionalised racism to me has looked like closed mouths and diverted eyes.

During my youth it would take on different faces. The early high school era would be vicious, the playground littered in racist taunts and ugly back and forths aimed at seeking out and destroying anything that made one different. I would indulge, ironically, unconsciously soaking up the words like blood on a sponge, complicit in my own degradation.

I was one of only a handful of other African kids at the school – eight, maybe, in a school of twelve hundred. There were even fewer Indigenous kids. In our social circles we would do anything but acknowledge our one commonality – our blackness; conversing only about things that ‘regular’ high school kids conversed about and keeping our distance from each other so as not to cast too large a shadow. We’d step delicately, desperate not to have to restart our assimilation.

Through my teenage years my shame would begin to warp. Despite Tracey Chapman, Archie Roach, and Youssou N’dor setting the ambience for almost every evening of my childhood, it would be American music and soccer celebrities that gave me the knowledge that my blackness could be something for me to own. Something that didn’t inhibit my success but something I could celebrate alongside it.

Hip hop spoke to me the loudest.

As a kid whose understanding of blackness was to make it as small as possible in the spaces you entered, to hear black men, loud and proud, claiming full ownership of their identity with a ‘fuck you’ attitude, did a lot to my thirteen-year-old psyche.

Toward the later years of my secondary schooling my interests would lean further toward the creative fields – film in particular. The playfulness in the storytelling, the power of expression, the gratification of seeing a project come full circle. It all captivated me, and by Year 12, I had written off any hopes to become the quintessential Igbo son, zoning my eyes in on film school as my one and only target.

Time would prove that my aim was true.

Before I continue I feel as though it’s important to note my gratitude for the education I received. From primary school to university, and despite any flaws of the Australian public schooling system, the education I was given was a privilege. I would graduate from Uni at the end of my three years alongside many exciting creatives, having forged beautiful relationships in the process. My criticism is not made in spite or bitterness, it is rooted in a desire to see our industry grow and a rejection that the standards we currently operate under are the ones we should be accepting.

In 2016 I would begin film school at one of Australia’s leading film universities.

In my class I was one of three people of colour.

I would quickly learn that the way in which race is used to keep you in your place in an academic setting is another beast entirely. Less of the ‘spit in your face at pub’ type, more of the ‘slip the cyanide into the punch and escape in a sportscar’ type. The racism was covert, sophisticated in its pervasiveness.

The film school I attended was generally pretty progressive, and more often than not my otherness was received with intrigue rather than antagonism. There would be times in my first year that I would settle for this. Coming from environments where the alternative had been a lot worse, the decision to mentally tap out did not seem like such a bad option.

After the first year my willingness to compromise would leave me.

Six people sit in grey chairs. The room is white, movie posters and calendars decorating an otherwise stripped back wall. Two of our characters butt heads. It’s about the script. Maybe the drama isn’t realistic enough, maybe the story is too scary. Perhaps the characters are inauthentic, perhaps they have been marinated in too much truth. The verbal back and forth melts into one chorus. No one is heard.

I would throw myself into debates, winds rolling through the fire in my throat. These debates would occasionally stretch beyond the walls of the classroom. Backhanded remarks delivered in grandiose style.

One evening I would receive a follow up to a dispute that had happened earlier that day. It would come as a Facebook message, a lengthy one. Paragraphs containing references, counter arguments, and mention of ‘research’.

This would be the sports car poison type of racism I would grow to know so well – the research strain.

These years would push me to further reassess the way I understood the concept of racism. I’d reflect on the vocabulary I’d built, the guidebook I had been operating by. My childhood had been a particular brand; the schoolyard kind that most black and brown kids who grew up across suburban Australia can probably speak to the collective experience of. As I stepped deeper into this new environment I would discover how differently words would be weaponised.

By third year at university, the system would show itself in full transparency. I remember standing in the lobby of our building one afternoon, the staff directory that hung on the wall had just been updated. A list of 26 names. Black lettering on a silver signboard. I would read the names, putting smiling faces to each of them. For the most part everyone was kind and reasonable – experts in their field.

For the most part, everyone was white.

In fact, I could count maybe one person of colour on the list in front of me. From the head lecturers to the people who worked in the gear department, the most colourful faces that came through the building appeared only at night. After the main tide of the day had rolled through, brown heads in worn cleaner’s uniforms and stealthy security guard jackets would begin to roam the halls. If I was staying late editing I would catch these faces, and in that moment when we passed each other in the corridors, we would become the majority.

I’d leave my undergrad with high enough grades to feel accomplished, and enough survivor’s guilt to push me deeper into reflection. In accepting my degree did I become part of the system? Aware of its blatancy, am I complicit in agreeing to these standards we seemingly accept?

My criticism is not made in spite or bitterness, it is rooted in a desire to see our industry grow

This year I’ve spent looking back at home from the outside. Despite Los Angeles providing a precarious view, having time to reflect in a world so far out of my own has offered me new perspectives. Having spent so much time consuming American media in search of the answers to my own teen identity, it feels ironic being here now and having all the differences be ever so clear.

My work is driven by the desire to change this; to stop the need for outsourcing our foundations of identity. I intend to be part of the storytelling that teaches us to be legitimately bla(c)k within post-colonial ‘Australia’.  This of course presents many layers; the Indigenous Australian experience vs. the African-African experience, the nuances of colour, the intersections of gender and ability…

From now ’til then,