A veteran of DVD and Blu-ray extras laments the decline of this particular form of cinephile expression, and calls out the current state of play.
Adrian Martin 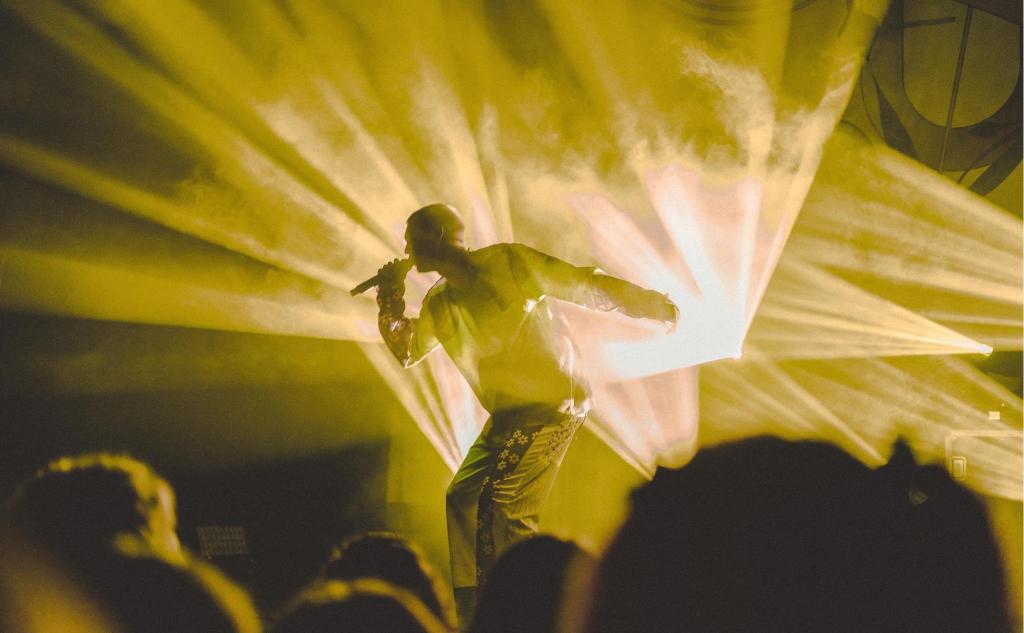 Photo by Victor Rodvang on Unsplash.

As someone who has done 60 full-length audio commentaries for DVD and/or Blu-ray releases since 2006 – and a couple of those have stretched to three or four hours – I figure I can count myself as an expert in this field. Certainly, I have both observed and participated in the changes that have characterised this form of activity: from the early days at the Australian company Madman, sitting in their sound-proofed studio in front of a playback screen and uttering (sometimes in a single take!) my observations on a Jean-Luc Godard or Luis Buñuel film; to the ‘outsourced’ labour situation of today, recording and editing commentaries at home on my laptop and then sending them electronically to digital distributors in USA (Olive, Kino Lorber) or the UK (British Film Institute, Arrow, Indicator).

Right now, the type of audio commentary I and some others do – the unashamedly ‘scholarly’ or critical appreciation and discussion of a film (or TV episode) – is facing the ominous prospect of total eclipse. The principal reason for this is easy to determine: streaming. As less and less people buy ‘physical’ media to have and hold, the need for the sexy ‘surplus value’ once manifested by a slew of bonus extras falls away; on Netflix, Stan and most other available streaming services worldwide, it seems there is little demand for anything except the movie or TV series itself.

Suddenly, disc collections are looking like precious archives of material that never existed in old-fashioned print (none of my own commentaries, for instance, are written out), and are unlikely, in the vast majority of cases, to ever be recycled in any other medium. So, a particular – sometimes peculiar – form of cinephile expression has perhaps already churned through its life cycle within the first two decades of this century. Even companies devoted to an enlightened vision of World Cinema, such as MUBI or Kino Lorber (in its Kino Now digital streaming service), appear to have unceremoniously dumped this once-thriving archive.

Threatened but not entirely dead

Do I exaggerate? The DVD/Blu-ray format is not yet entirely dead (although it’s hard to find a physical shop, let alone a supermarket shelf, that is any longer dedicated to it) – but it is increasingly becoming a niche, specialist market for diehard connoisseurs. Some streaming services around the world are currently making audio commentaries available: most notably, The Criterion Channel with its ‘Editions’ feature, rotating a selection of its past bonus items (interviews, video essays, commentaries, etc). However, even in the cases of Disney+, Shout! Factory TV (‘cult movie’ specialist) and iTunes (with its exclusive commentary track for Joker unavailable elsewhere), the emphasis is on directors and other filmmaking personnel giving a practical, background spiel. But that is not the type of commentary whose growing absence I’m lamenting here.

I am labouring under no illusions; just as there are many rambling, excruciatingly awful director commentaries littering the DVDs of yesteryear, there are boring, poorly focused streams-of-consciousness issuing from the mouths of even some of the best critics or academics. It’s little wonder that certain ‘prestige’ directors, including David Lynch and Paul Thomas Anderson, forbid all such ‘external’ commentaries on the ‘authorised’ digital editions of their films – while themselves refusing to provide such material.

‘Cheap as Chips’ gets cheaper and… chippier

‘Quality control’ of content has never been much of a watchword in the audio commentary department, and that is partly because the format arose almost by accident, and in a freeform, haphazard, cheap-as-chips way. When, back in the 1990s, directors such as Michael Mann disapproved of full-blown audiovisual extras that dared to ‘re-edit’ and discuss their work (unless they were expressly in charge of the re-editing), the audio commentary presented itself as an unfussy, ‘take it or leave it’ option that legally avoided, in most cases, the need for the makers’ (or studio’s) explicit approval of the contents. (This is also why, of course, audio commentaries tend to be overwhelmingly about classic films whose directors and other key creative personnel are no longer around to complain!) Nowadays, as work-from-home, DIY digital culture has thrived, the chips are even cheaper: whatever gets delivered as the audio commentary file tends to get mixed straight onto the finished disc product.

There have been experiments with the audio commentary format. Criterion, which prefers (in a very American, ultra-professionalised editorial mode) to carefully co-ordinate, supervise and control its bonus features, sometimes opts to assemble a mosaic of diverse voices on any one commentary track. In other cases (on releases from Arrow or Masters of Cinema), two or more critics are gathered to engage in a semi-spontaneous conversation on an unfolding movie; the results can be hit-and-miss, with a lot of dead air, chummy laughter, weak jokes and loose, unresolved trails (the now ubiquitous ‘podcast’ style of group discourse). But, ultimately, the audio commentary comes down to the insight (or lack of it) that can be imparted by a sole, speaking voice. Personally, as a cinephile-consumer, I welcome the opportunity to hear such a ‘lecture’ – one that, in most cases, I would never have any other opportunity to hear in my lifetime – when it is well-prepared and engagingly delivered; and that’s the level of commentary that I aspire to as a critical practitioner in this field.

Increasingly, the question that occurs to me as I encounter audio commentaries made available today is: what was the research and decision-making process, on the part of the disc producers, that led to the commissioning of particular ‘experts’? Because, on this necessarily ‘deregulated’ plane, the choices seem to me more and more eccentric and less and less accountable – the giveaway here being the tag ‘film historian’ pasted (in the DVD cover art) onto some commentators who are clearly no such thing. I can put my worry about this matter in the following nutshell. If you took the vast majority of currently employed audio commentators and told them: ‘In two weeks time, you will have to give a two-hour lecture on such-and-such a film to an assembled, knowledgeable audience at Oxford, Harvard and the Sorbonne’, most of them would run screaming in the opposite direction. But the prospect of gabbing for the same duration, at a moment’s notice, on a digital audio track destined (potentially) for an even wider public, leaves them seemingly unfazed. There is a definite disconnect here.

Let us look more closely at the current market spread of DVD/Blu-ray in its newly reduced state. As I see it, the targeted audience that still desires the luxury of an audio commentary is splintered into three major sub-groups – groups that may overlap, but also exhibit sharp differences. First, there are the cinephiles (the group with which I identify) who want some meaty, intellectual, analytical content, however accessibly phrased – as well as (and this is important) aspiring cinephiles, people who seek some ‘initiation’ into an elevated level of understanding film.

Next, the fan-cult types, that I associate with publications such as the now-defunct Video Watchdog (whose co-editor Tim Lucas is high among the most prolific and celebrated audio commentators presently working), or more recently Diabolique – it is from this latter source that a new wave of commentators, including Kat Ellinger and Samm Deighan, has emerged. This second style of commentary favours solid, production-background information leavened with displays of enthusiasm and attempts at interpretation – but sometimes also betrays a lack of wide reading, and a relatively unsophisticated grasp of analytical and theoretical tools (the giveaway on this being the frequently sloppy use of the vague word ‘subtext’ to describe any and every level of meaning generated in a film).

Lastly (and most minor, in my estimation, although even Criterion today clearly displays a need to appease them), there are the ‘Old Hollywood’ nostalgia buffs, who mainly just want to wallow and have fun with all the glamour and spectacle on the silver screen – Rudy Behlmer is a prime example of a commentator who speaks to this crowd. Naturally, these three categories are not rigidly separate; in the UK context, for instance, former Sight and Sound columnist Brad Stevens is someone who easily crosses over between the intellectual and fan-cult spheres.

The Australian situation is intriguing in this context. In Madman’s heyday of audio commentaries recorded for their ‘Directors Suite’ releases (2006 to 2010), it was common to hear savvy academics including Angela Ndalianis or Ross Gibson speaking about Douglas Sirk or Akira Kurosawa; while an exceptionally clued-up critic like Philip Brophy would do duty on the popular Japanese anime releases. When Madman eventually abandoned this particular niche of the market (my 223 minute commentary on Mizoguchi’s The 47 Loyal Ronin did not, strangely enough, sell terribly well!), it fell to Umbrella to ably pick up the slack. But the taste-preference of this company is firmly in that middle-tier of fan-cult appreciation identified above: commentators regularly used include Lee Gambin, Dean Brandum and (at the more scholarly end of this spectrum) Alexandra Heller-Nicholas. The opportunity for a more expansive representation of the dynamics of film culture has been, at least for the present moment, lost here.

In an article titled ‘Supplements That Aren’t’ forthcoming in the bimonthly print version of Film International magazine, Christopher Sharrett states his doubts about the current state of audio commentaries. While praising the brave, hold-out efforts of companies including Arrow and Kino Lorber in providing ‘plentiful supplements’, Sharrett remarks:

Commentaries and video essays are increasingly assigned to a group of rather snide boy-men, who seem to reappear constantly, often approaching films from a superior position, and with what a friend calls “the IMDb approach”, i.e., giving us endless data on every character actor who pops on the screen, neglecting the film’s visuals and themes. At times the commentator conveys the idea that “this piece of junk” is hardly worthy of his time, except to acknowledge a phase of US kitsch culture.  One can almost see a smirk on the commentator’s face. Such people are an insult to those of us who believe that anything worthy of study is worthy of serious study.

I can only add to Sharrett’s worst-case scenario that it is not only the ‘boy-men’ who constitute this reigning problem; anti-intellectualism is, alas, not confined to a single gender. If audio commentaries on DVD/Blu-ray are indeed on the way out, let’s at least collectively try to raise the general level of their quality before ‘twilight’s last gleaming’.