A quick look at the shows coming to Stan, Netflix and Disney+ in the spooky month of October.
Jini Maxwell 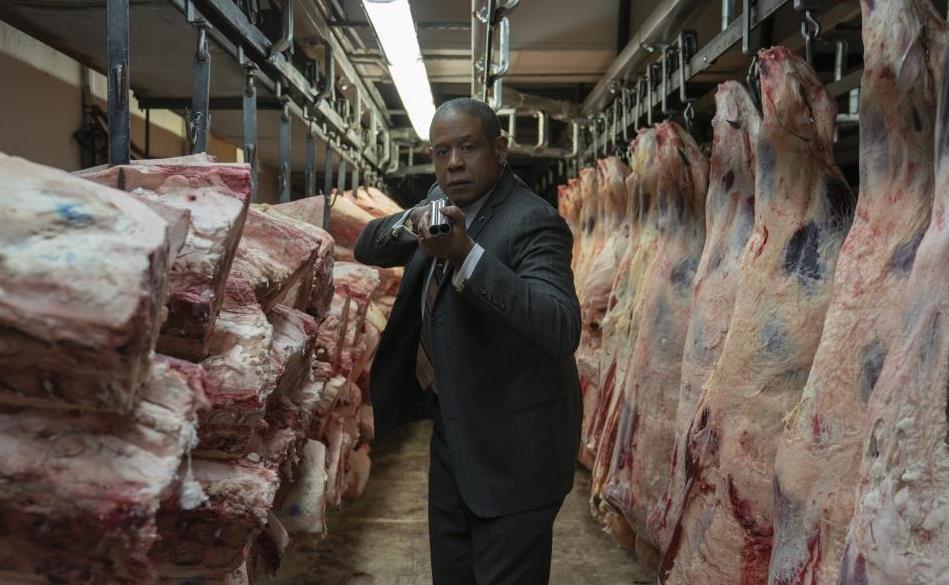 Forest Whitaker is the Godfather of Harlem. Image courtesy Stan.

October is going to be a big month on Stan. Following the streaming platform’s new deal with Paramount, the Australian-owned service will be releasing some big names, including The Godfather, as well as The Godfather: Part 2 and Part 3. Right in time for Halloween, the service will also be dropping Sleepy Hollow, The Addams Family, The Addams Family Values, The Ring, and The Ring 2. So, plenty of seasonal opportunities to spook yourself.

This month also sees the premiere of several TV shows on Stan , including the Harlem-set Civil Rights-era crime drama Godfather of Harlem, true crime docu-series Murder in the Bayou, and the anticipated new adaptation of Looking for Alaska, the full first season of which will be available from 19 October.

Spooks aside, the service is also adding a wide array of kids films to its roster in the leadup to the school holidays. September saw the addition of some major DreamWorks titles to Stan’s roster, including the Madagascar and Kung Fu Panda franchises, and Stan continues to cater to the kids in October. This month sees the addition of all The Rugrats movies, four Barbie movies, the fifth season of The Flash, the third season of award-winning Australian series Nowhere Boys, as well as the related film, Nowhere Boys: Book of Shadows.

This lineup comes just ahead of the launch of Disney-exclusive streaming channel, Disney+, which will be exclusive host to massive franchises, from Star Wars to Marvel,  that, until recently, streamed on Stan. Disney+ will also show new content from each of these cinematic universes like Star Wars’ The Mandalorian, as well as Disney classics, and new acquisitions like The Simpsons.

Netflix, on the other hand, seems to be sticking to its usual fare. Most importantly (in my expert opinion), Riverdale season 4 returns to our screens on 10 October, bringing us more convoluted storylines and bisexual lighting than my heart could ever desire. Is Jughead dead? How distasteful is their on-screen tribute to Archie’s actually-dead dad, likely to be? Will their late-twenties cast ever actually graduate? Knowing Riverdale, we can only assume these gripping plotlines will be thoroughly muddled and then suddenly tied up in the least convincing way possible. I can’t wait.

Netflix Original Big Mouth returns for a third season, a move that ruffled a few feathers, after Netflix’s July announcement of the cancellation of beloved cartoon comedy, Tuca and Bertie.

Remember when that kid from Stranger Things copped a bunch of flack for being a millionaire who wants to run a prank show that messes with unemployed people? Well, looks like that’s going ahead: Prank Encounters will air on 25 October, and undoubtedly generate a newscycle of outrage and justification that ultimately results in more clicks for Netflix. Remember all, before you get mad online: in the age of AdSense and hit counters, any press is good press.

On 18 October, Paul Rudd stars in a quirky new comedy called Living With Yourself. In a clear bid for millennial views, Rudd plays existentially troubled Miles Elliot, who finds himself remade – literally – by an experimental spa treatment. Korean 12-step skincare who?

Netflix continues to platform more serialised content than films, with a particular focus on unscripted and reality shows. There are a couple of good ones coming out this month, however. Particularly exciting is Soderbergh-directed feature The Laundromat, which features an all-star cast headed up by Meryl Streep. Jenny Slate’s Netflix original comedy special Stage Fright also promises to entertain. Given the huge success of Hannah Gadsby’s Nanette, we’re excited to see what new comedians the series shines a light on next.