From fantastic Aussie features to gloriously enjoyable trash, we take a look at what's streaming on Stan, Netflix, Binge, Amazon Prime and SBS On Demand in August.
Jini Maxwell 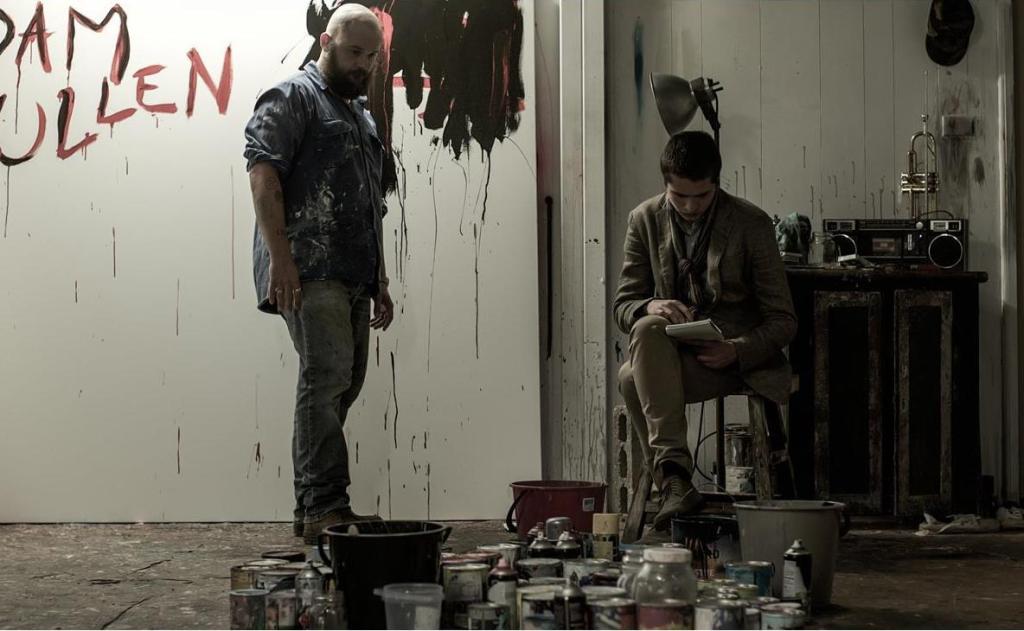 ‘Acute Misfortune,’ is based on Erik Jensen’s account of his complicated journalistic and personal relationship with the late artist Adam Cullen. It will stream on Stan in August. Image via Arenamedia.

This month in streaming we see stark contrasts in new offerings: Stan and SBS On Demand go highbrow, adding some incredible local and international films to their rosters. Netflix and Amazon Prime Video, on the other hand, are going for drama, with Netflix streaming finales to some of its favourite series, and Prime focussing fully on action silliness, Finally, Foxtel’s new streaming service Binge graces our column for the first time, bringing exactly the kind of wonderful trash that is sure to be someone’s treasure.

There are some absolute gems coming to Stan this month, beginning with the lauded Australian film Acute Misfortune on 3 August, based on Erik Jensen’s award-winning biography of the artist Adam Cullen, and the increasingly claustrophobic relationship between biographer and subject in the years leading up to Cullen’s death at 46.

Another Aussie artist biopic premieres on 22 August, this one documenting the life of a musician in the film I Am Woman. The film tells the story of Australian singer-songwriter Helen Reddy – the Grammy-award winning artist responsible for co-writing and singing ‘I Am Woman’ – a song that went on to become the anthem for the women’s movement in the 1970s.
It’s one of many incredible films about women that debut this month on Stan, including Celine Sciamma’s Portrait of a Lady on Fire, which is coming to the platform on 22 August, and Michelle Obama: Life After The White House on 8 August, which details the First Lady’s experience of life in the public eye.

On a very different note, another Australian biopic, Brabham, launches on 7 August. The film provides an account of the forgotten godfather of modern Formula 1, Australian Jack Brabham, and a son’s quest to defy the odds in the competitive world of international motor-sport once more.

Stan also premieres two new series; Little Birds, a series inspired by the short stories of Anais Nin, launches on 5 August, and docuseries Love Fraud, which premiered at Sundance, will grace our screens on 30 August, detailing in four parts the search for a man who had preyed financially on women online via dating apps and websites.

August on Netflix begins with a spate of great films reaching the platform. From 1 August, you can stream favourites like Forrest Gump, Shutter Island, Space Jam, and Talladega Nights: The Ballad of Ricky Bobby. On 2 August, a Netflix Original science Docuseries called Connected premieres, followed on 3 August by Immigration Nation, and on 4 August by the first season of Mystery Lab.

There are also some magnificent endings on the platform this month: on 6 August, the final season of Danish post-apocalyptic drama The Rain will land, and 25 August will see the second and final season of coming-of-age series Trinkets reach the platform. Season 5, which was meant to be supernatural police drama Lucifer’s final resting place, will air its first half on Netflix from 21 August, but it won’t be goodbye; in a last minute twist, the show has just been renewed for a sixth season.

SBS ON DEMAND
SBS premieres a huge amount of incredible films on its streaming service this month, screening classics like Lantana (7 August) The White Balloon (5 August), Kundun (20 August), and Leon: The Professional (17 August).
The programming doesn’t stop at the classics, however; there are some recent critical favourites in the mix too, including Shin Godzilla (3 August), Woodstock (11 August), and The Killing of a Sacred Deer (14 August). In fact, it’s difficult to know which films to highlight in a schedule this full; luckily, full programming for August can be found on the SBS website.
BINGE

Foxtel’s latest streaming service, Binge, is best known for an impressive roster of prestige TV. True to form, the service is adding some classics to its programming in August. On 1 August, the service will stream all four seasons of The OC, as well as the first three seasons of medical drama, House.

On 6 August, season 2 of the serialisation of What We Do In The Shadows debuts on the platform. Towards the end of the month, the platform brings in some great (and not-so-great) films: 15 August sees The World’s End, Space Jam, and Top Gun added to the platform, the cult hit Cats streams from 29 August, and Wonder Woman is up from 30 August.
As well as these well-loved titles, there are some trashier favourites that will air across the month, which has Screenhub wondering if Binge is going for the Hayu reality TV audience. The reality TV titles that Binge will stream include various iterations of the Real Housewives franchise (too many and various to itemize – and surely that’s more of a ‘flick on the tv and see what’s on’ kind of show anyway!), the first season of The Great Canadian Bakeoff, and the nineteenth season of Geordie Shore.

Amazon Prime’s offerings are looking light on original content in August, but the films on their schedule are pure, glorious fun. This kind of programming is perfect for anyone looking to unwind a bit after a hard day of, well, living through a global pandemic. If you’re craving a bit of nostalgia and mind-twisting action, The Matrix trilogy will be available from 1 August, alongside contemporary action romp Harley Quinn: Birds of Prey, and all five films in The Hunger Games franchise. The fun doesn’t stop there, with Knives Out streaming from 26 August.

The platform will also be adding five seasons of Orphan Black to its roster on 1 August, as well as seven seasons of the Aaron Sorkin classic, The West Wing.