‘The Power of the Dog’ and Jane Campion triumph overseas, attracting piracy

Toronto triumph for Jane Campion, but wowsers may be after Phil Noyce for 'Lakewood'. Can't we have fun any more?
David Tiley 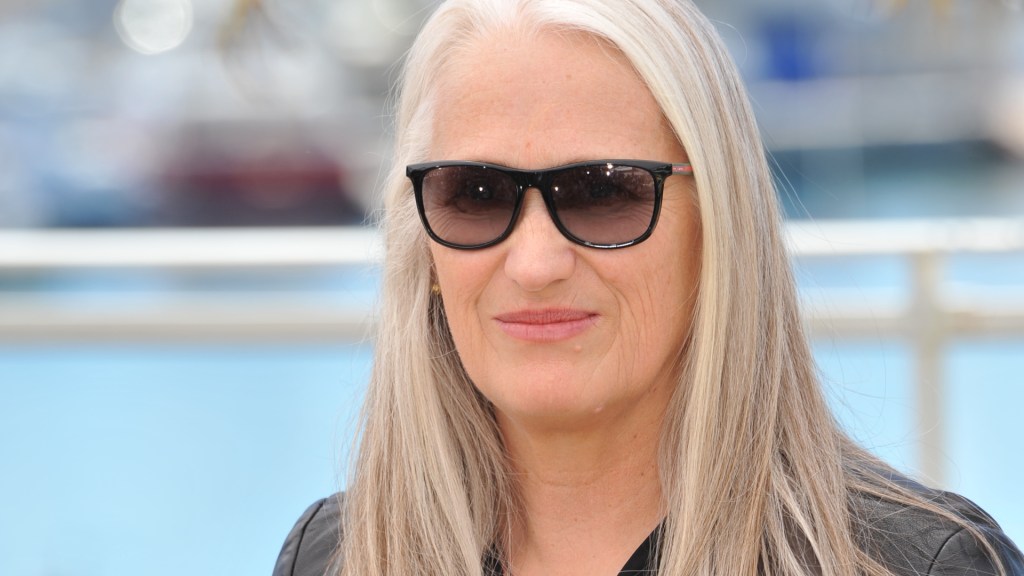 The cultural world woke up and took notice when Jane Campion won Best Director at the Venice Film Festival for The Power of the Dog. The Australian-NZ co-production from Brightstar, See-Saw Films, BBC Film, Big Shell Films and Max Films, gained exactly the attention that the strategists had hoped for, as they wanted Venice to be its European launching pad.

The Cannes Film Festival dearly wanted it in competition, but Netflix reran its old position by refusing to agree to distribute the film in France in cinemas and Cannes wouldn’t budge either. Ironically the film was pitched at Cannes in 2019, but Jane Campion told Hollywood Reporter that of the financiers who would give them freedom, ‘Netflix were the only people that would actually give us enough money to make it.’

Read: Netflix snooty at Cannes over The Power of the Dog

So The Power of the Dog both launched at Venice and went to Toronto, as both these festivals have been much more pragmatic about the value of streaming companies. Toronto offered a clever deal, in which the film ran in cinemas across Canada last weekend, and was available to stream. Unfortunately, pirated copies turned up by yesterday morning. The same happened to The Guilty, directed by Antoine Fuqua and starring the marketable Jake Gyllenhaal. We will see what difference that makes.

After Toronto the Campion pic goes to Telluride and is showcased at the New York Film Festival, and then to London. It has a US cinema outing scheduled from mid-November, with streaming to start at the beginning of December. In the modern world, that is a dream run.

The Power of the Dog Reviews

All these programming decisions were bets on audience appeal, and the festivals have been well rewarded.

The Guardian said this:

It’s the director’s first feature since 2009’s Bright Star and is so confident and well-textured it reminds us what we’ve been missing. The landscape without her has looked a little arid and flyblown. Put too many men in charge of the business and sooner or later the entire system breaks down…

It’s a brawny, brooding drama about the wreckage caused by men, beautifully framed in muted neutral tones as the camera circles the ranch-house with a deliberate, stealthy tread.

The pair have united to deliver an indecently powerful western that is instantly, on day two of the Venice Film Festival, the movie to beat for the festival’s prestigious Golden Lion award, and indeed the frontrunner at next year’s Oscars.

It’s a film which shimmers with intelligence, and if the plot isn’t clear until the very last scene, well, it’s worth the wait. When that scene arrives, the purpose of every previous scene snaps into sharp focus, leaving you with the urge to go back to the beginning and watch the whole thing again.

Variety has some reservations but the whole critic crowd shimmers with excitement which flows across Rotten Tomatoes.

Lakewood, directed by Australian Phil Noyce, starring Naomi Watts, written by Chris Schiller, financed by Boies/Schiller Entertainment and Limelight, was also launched at Toronto, where it wants to sell distribution rights. Watts is a gifted performer and Noyce is a wise, crafty and iconic director, so we are really hoping for this to work.

This is a corker of a thriller, and Noyce, who, among many other films, made one of my favorites in the genre earlier in his career with Nicole Kidman in Dead Calm, is a director who knows just how to navigate territory like this and make it pop. It helps that he has Naomi Watts as his star. She is an actor who can ratchet up emotional distress without ever going over the top, and she is asked her to be constantly on edge.

Screen International hints that this is fun but not too serious

Lakewood is one of those films where your head wants to dismiss it as cheesy B-movie nonsense whilst your heart is racing along and you feel every jolt of the emotional rollercoaster. [paywalled]

But Hollywood Reporter opens with a brutal paragraph:

The kind of earnest, well-intentioned embarrassment that some reasonable viewers will find gripping and morally urgent, Phillip Noyce’s Lakewood turns a school shooting into a thriller built around one woman and her cellphone. Having had some success with an actor and a phone in 2010’s Buried, writer Christopher Sparling returns to the well, stranding his protagonist (Naomi Watts) in the woods as she desperately tries to find out if her son is alive or dead. A case study in how storytelling contrivances can sabotage a courageously vulnerable performance, the movie addresses American parents’ deepest fears but is just one or two steps away from inviting ritualized communal mockery, à la The Room, at midnight screenings.

The Guardian uses the word ‘stinker’, while The Wrap sneers at ‘its dull suspense mechanics, slapdash style, and implausibility.’

The picture was almost ready to shoot in Ontario when COVID-19 gummed up the works; who knows what happened to the script and schedule to make it tick the isolation boxes so well. The executive producer, Alex Dong, is involved with Sun Entertainment Group, which is based in Hong Kong, with a cluster of sub-companies which even include funeral and cremation services in Guandong Province, which seem to be called ‘Prelude to Light’. This project is run through Limelight Entertainment, which specialises in sub-US$25 million movies.

We are left to wonder whether Phil Noyce and Naomi Watts (also a producer) were really pushing this film as an arthouse foyer-pic or a literal romp in the forest. We will see when it pops up here.

The Future for Campion

Jane Campion was asked by Rebecca Keegan at Hollywood Reporter what she is doing next after The Power of the Dog. She won’t do a Marvel Film because she thinks the scale may be too hard to climb down from. But,

The very next thing I’m going to do is start a pop-up film school in New Zealand. I know that people are working on the environment, but I’m working on the intellectual environment, the learning environment and educational environment. I want it to be for free. It’s really important to me that people have the option to become filmmakers without having wealthy parents. I know I’m going to get the money for it. I’ve actually already spoken to Netflix about it and they’re going to support me doing it. I’ll start with 10 students, I think. I also think it could be for people of any age group to explore their creativity. And people, too, who’ve done maybe a couple of features, but know that they need more education, they need more time to explore who they really are and what they could do, and how they can do it. I actually think that, barring dementia, you’re at your strongest in your capacity and your wisdom in your 60s and 70s. You’ve got insight, because you’ve got the length and breadth of a life behind you.