The Lost City beats Everything Everywhere to the box office summit

A clever marketing campaign helped The Lost City draw bigger Easter crowds than Everything Everywhere All at Once.
David Tiley 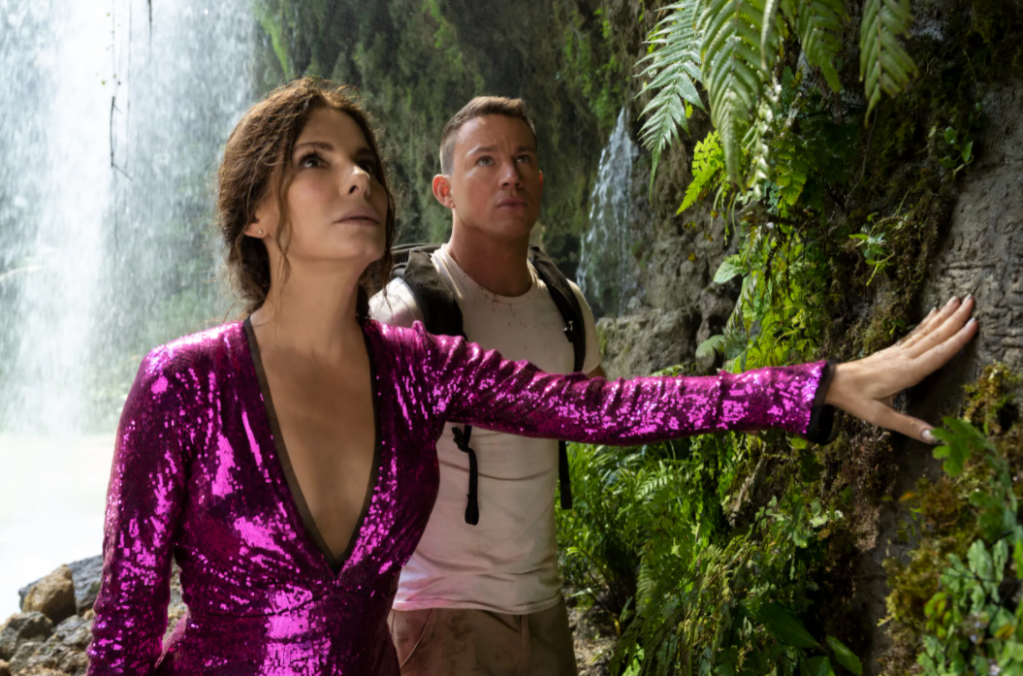 Has The Lost City found itself in the box office top spot? Image: Kimberley French.

Here is a shock. Everything Everywhere All at Once has excellent reviews and opened over Easter 2022. Surely it must win the weekend?

After all, our critic Stephen Russell loved it:

Read: Everything Everywhere All at Once is bonkers but brilliant.

No. That honour went to The Lost City, with $4.4m off the extended weekend on 431 screens.

Roadshow did not even blast its comic drama blockbuster all over the multiplexes. It went out on all of 105 screens to make $649,000.

Both these films have female heroines of relatively mature age, and transport ordinary folks into crazed universes. They are romps which use and joke about superhero tropes. Neither of them are drenched in testosterone and exploding cars.

What’s the difference between them?

The Lost City has better name recognition on the cast, obviously, and its excellent marketing campaign takes full advantage of this. Its budget is also $100m, which is three times as much.

What happened in the US?

The two films went head to head, opening on 25 March. Lost City made $42m, while Everything had a soft launch which grew quickly until it made $8.3m over Easter. So Lost City has made $106m and Everything is on $25m. We don’t yet know the real international impact of either film.

Both films have made a similar return on investment, though Everything may have space to grow in North America and Lost City collapsed quickly.

River, Wash My Soul, A Stitch in Time, Carbon: an Unauthorised Biography and Loveland are just hanging on in a few cinemas so the Australian pictures are very, very quiet. As expected in the Easter rush.

Generally speaking, the weekend was quieter than we expected, but still an important box office surge for the exhibitors.

K.G.F: Chapter 2 did well here, but the US figure is remarkable. Here is the Variety analysis, with US$: K.G.F. Chapter 2:

… was the second highest-grossing film worldwide over the Easter weekend, with a $70.6 million gross, according to estimates released by Comscore. The weekend winner was Fantastic Beasts: The Secrets of Dumbledore with $114.7 million.

Produced by Vijay Kiragandur for Hombale Films, K.G.F: Chapter 2 was made on a budget of $13 million. Hombale have confirmed a four-day worldwide weekend gross of INR5.46 billion ($71.6 million)

Here is the trailer:

That clip opens with a YouTube ad – in my case it was a horrible Clive Palmer piece of scary, smeary propaganda. Ironically, the film itself can be construed as a lump of nationalism, certainly steeped in hyper-masculine weapon worship. But that is my emotional response to a trailer and I don’t know anything about the film itself.

Sony Pictures Entertainment has released Father Stu into 2,705 US cinemas, taking advantage of the Easter vibe with a faith-based picture. It made $7.4m, which is $2,715 per screen, which is pretty low, but still gave it slot number 5 in the North American chart. It has not been released here.

It is a true-life redemption story about a hell-raising boxer who becomes a hell-quelling priest, written and directed by Rosalind Ross, who is also the partner of Mel Gibson. It stars Mark Wahlberg, who was persuaded by Gibson to put some of his own money into the budget. Gibson is the second lead, with Jackie Weaver as the third name on the credits.