The Deutsche Bank Fellowship has some heartening design features which will make one screen person very happy and may inspire some imitations.
David Tiley 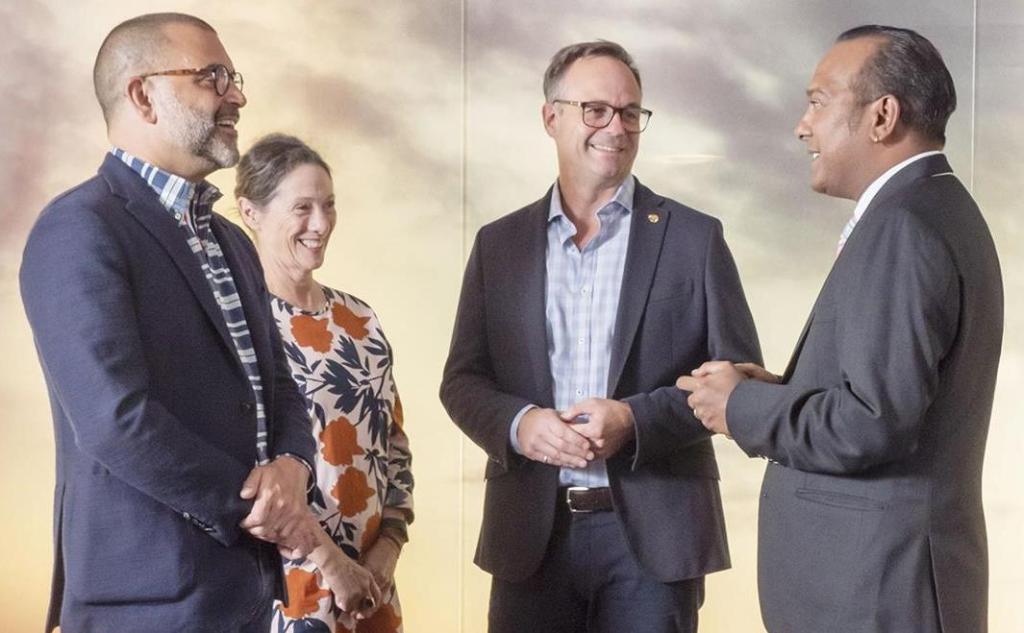 The Sydney Film Festival (SFF) has announced an Indigenous Fellowship to support the recipient in further developing their skills through international placement or other professional development.

Known as the Deutsche Bank Fellowship, the arrangement reflects the bank’s experience with the Clontarf Foundation which supports Aboriginal boys through sport. When Deutsche began talking to SFF about a possible relationships, they were attracted to the festival’s First Nations program, and were inspired by the idea of having a real impact on filmmakers.

As CEO of the SFF Leigh Small told Screenhub, ‘It is a nice symbiotic relationship.’

The fellowship reflects modern philanthropic practice, in which both parties combine to create a project of mutual benefit. SFF is very used to the naming rights approach to sponsorship, exemplified by the venerable and beloved Dendy Awards. Instead of directly investing in films, as Melbourne and Adelaide film festivals have, the fellowship has created a way to work with individual screen creators.

‘I’ve always been so impressed by the generosity of people who are connected to the Sydney Film Festival, nationally and internationally, and their openness to help other filmmakers,’ said Small.

‘A big part of what we try to do is to create possibilities for filmmakers,’ she said, a sentiment that was supported by active screen creators Darren Dale, Zarah Nalbandian and now Debbie Lee on the board.

The festival is very definite about the breadth of the options:

‘SFF encourages all Aboriginal and Torres Strait Islander film creatives who have already started a career in any discipline within the film and television industry, and are currently based in Australia, to apply before 18 July 2021. ‘

Said Small, the applicants ‘will come in with ideas of how they would like to use the fellowship, and we don’t want to limit it to something that will happen immediately or within Australia. It might be that their career would be furthered by an international placement.

That is a conversation which has been happening around Deutsche Bank, our team here and some of the Board members. If you look at the connections which the film festival has internationally, there may be some connection through us that would allow them to have an overseas placement.

Those threads are very wide – they include some of the most artistically dynamic directors and producers in the festival world, and the networks of First Nations creators as well.

Dale’s Blackfella Films combined with the festival to create the First Nations film programme in 2012. Since then, SFF has shown 268 Australian titles across feature, documentary and shorts, 50 of which were made by Indigenous Australians.

‘In some way and in some sectors, you’d have to say that Indigenous Australians are leading the creativity in the film sector and other performing arts sector and visual sector. So, it’s, it’s a great thing to support,’ said Leigh Small.

According to the announcement, ‘Applications are welcomed from eligible craftspersons, screenwriters, producers, directors and actors with a proven track record in their chosen field.

‘The successful candidate will be selected by a panel of key industry personnel, and the Fellowship will be awarded at the 68th Sydney Film Festival, which will take place 18-29 August 2021.’

For more information on the Deutsche Bank Fellowship, or to apply, visit the SFF website.