Sydney Film Festival marches back into cinemas, leading with Here Out West, with its eight emerging writers.
David Tiley 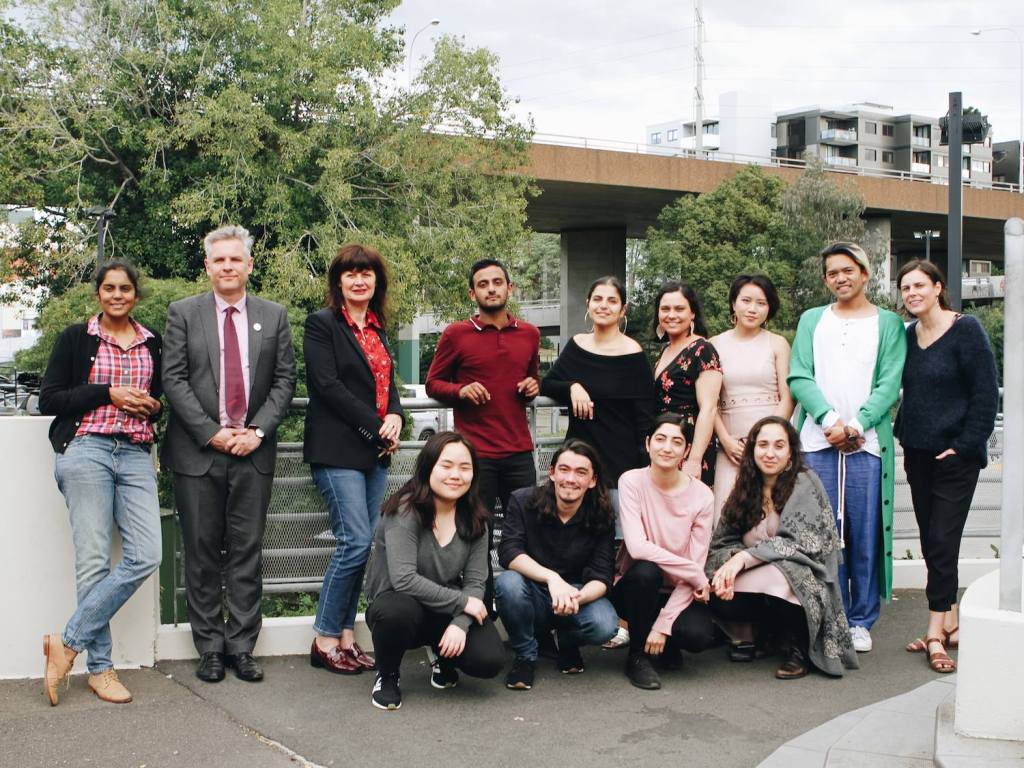 ‘The Sydney Film Festival team and board have been determined to present an in-cinema edition this year,’ she said. ‘So Sydney reopens in November, and we’re thrilled to be the first major festival to return to venues. The festival will be presented in all our favourite cinemas across the city. And after two and a half years, we welcome you back.’

Artistic Director Nashen Moodley remembers the rise of Covid all too well. Forced to cancel the physical 2020 festival, SFF collaborated with other major festivals to present a unified Global Film Festival, along a virtual edition of the awards and a stripped down package of films. The presence of the festival was sustained by the first Sydney Film Festival Summer Series, in partnership with the Sydney Festival.

‘Through this, it became very clear that audiences and filmmakers yearn to return to the shared experience of film festivals. It also became clear that the cinema experience is unequaled and is to be defended. Our program this year brings together a selection of remarkable films from around the world.’

Maybe we have outlasted COVID

We hear these words again and again. But the battering that public events have taken brings a new hunger to simply getting together. We are not a solitary species, even though people will race out their front doors to either find their friends or escape their families.

Over the full eleven days between 3-14 November, the film festival will screen some 200 titles. But there will also be an On Demand program from 12-21 November.

The festival’s enduring passion for going local with the opening night film is taken even further this year, with compendium film Here Out West. As the program says,

‘In 2018, a group of writers and creative producers gathered with the aim of responding to the growing demand for diverse narratives that reflect contemporary Australia, and to tell those stories on the scale they deserved. Across eight distinct, interconnected scenarios, Here Out West achieves just that.’

The producers are Sheila Jayadev, Annabel Davis and Bree-Anne Sykes, with Lyn Norfor as executive producer through Emerald Productions and Co-Curious, part of the Curiousworks community arts and media organisation.

The Drovers Wife The Legend of Molly Johnson launched at SXSW in Texas, and ran first in Australia at Cinefest Oz, (along with Here Out West), where they both had the chance to play in an actual cinema. I guess we can call this the Australian Big City Cinema Premiere for a film which the screen sector has been longing to see.

Preceded by its reputation as a Best Director Silver Lion winner at the picky Venice Film Festival, Jane Campion’s US film The Power of the Dog will sweep majestically into the State for its Friday 6pm screening.

Read more: Jane Campion wins Best Director at Venice for The Power of the Dog

On Wednesday 10 November, there will be a single screening of Dune, tucked into Event Cinemas VMAX1. While everyone will be babbling about Frank Herbert, Denis Villeneuve and Timothy Chaluet, we would like to point out that it was shot by Greig Fraser, born in Melbourne, started at RMIT, given to the world by a generous Australian screen sector.

Screenhub has celebrated the work of Larissa Behrendt before, with After the Apology, so we take pleasure in directing your attention to Araatika: Rise UP!

For over a decade, NRL players including Dean Widders, Preston Campbell, Timana Tahu and George Rose have been leading the movement for a First Nations Australian equivalent to the haka. Widders faced discrimination throughout his career and for him the ceremony is a way of celebrating Indigenous Australia’s contribution to the game. In 2012, dancer and choreographer Sean Choolburra came on board to help. Working with NRL players, he came up with a series of movements that reflected cultural symbols. The goal was to perform the symbolic dance at the 2020 New Zealand-Australia Test but COVID-19 halted their plans. Behrendt’s rousing documentary, also featuring the Bangarra Dance Company, Stan Grant, Adam Goodes, Michael O’Loughlin and many more, traces the game’s troubled relationship to its Indigenous stars, to its previous failed attempts at a pre-game ceremony and to a triumphant performance on-stage at Sydney Festival.

Read more: After the Apology builds on miraculous generosity

There is a ton of wonderful films in this festival, and it does have the added zest of bringing the sector back into the real world – though the virtual screenings will bring their own cosy slippered pleasures. Now with added family and friends.

The program is open for booking the festival advises you that flexipasses are the best value for films.