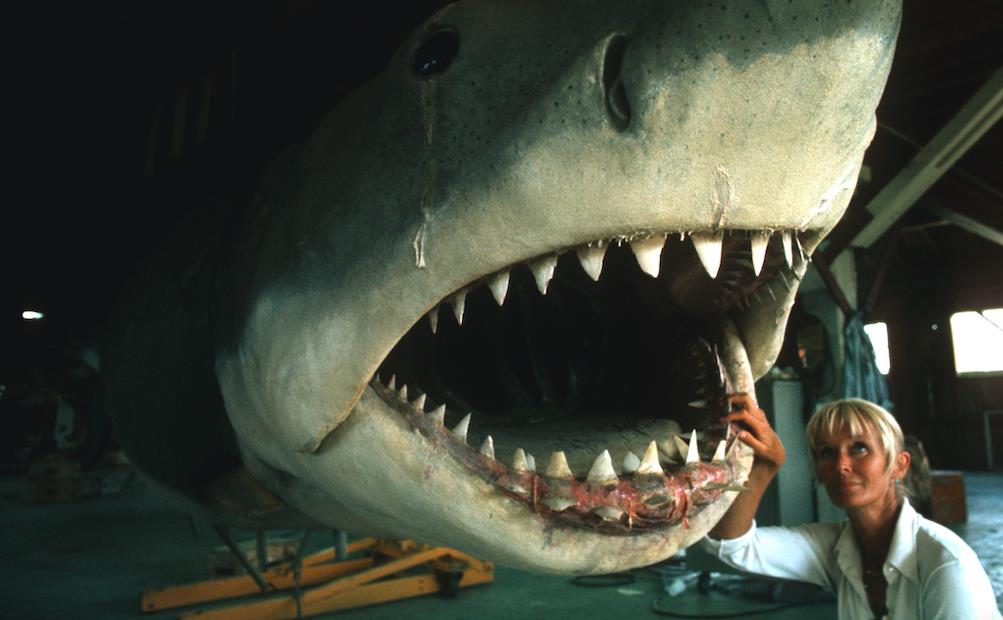 Playing with Sharks explores legacy of shark-hunter-turned-marine-conservationist Valerie Taylor, whose activism protecting sharks continues at the age of 85. Image supplied.

Australian film has a strong history at Sundance Film Festival, with award-winning feature films like Relic (2020), The Nightingale (2019) and Top End Wedding (2019) all featuring in past festivals. This year is no different; with the recent announcement of Sundance’s 2021 program, which will take place online and in person, comes the news that three Australian productions will feature.

Playing with Sharks will be screened as one of only 10 films in Sundance’s annual  World Cinema Documentary Competition section.

Billed as a powerful, visually sumptuous 90-minute documentary, directed by Sally Aitken and produced by Bettina Dalton, the feature follows Valerie Taylor, living legend and icon in the underwater world. A glamorous shark hunter in the 1950s, Taylor found fame by slaying sharks with deadly accuracy, before a personal epiphany transformed her into a passionate marine conservationist, with a particular passion for shark conservation.

The film, which draws on re-mastered archival footage from half a century ago, tells the true story of Taylor’s work swimming against the tide of human misconception and putting herself on the front line for sharks for over 70 years. Aitken described premiering the documentary at Sundance as ‘a dream come true.’ She described Taylor’s conservation work as ‘astounding,’ saying that Taylor’s ‘journey as an unlikely conservationist proves to all of us just what is possible with our interconnectedness to the natural world, if we allow it.’

Virtual reality animation Prison X will make its world premiere at the festival too. The stunning,  hand-painted animation was developed across Bolivia, Australia, United States and Chile, and is set in a magic-realist, Neo-Andean underworld.  Director Violeta Ayala described VR as giving her ‘ tools and technological capacity to push my imagination to a further degree,’ but underlined the fact that ‘it takes a community to make a film.’

‘I’m very proud that the team behind Prison X represents the Australia that we see on the streets. Prison X is a team effort pushing the boundaries of filmmaking, animation and technology from the minds of Bolivian-Australian, Ghanaian-Australian and Filipino-Australian creatives.’

Read: Most anticipated Australian films of 2020

This debut short film from co-creators Sara Hirner and Rosemary Vasquez-Brown, has already received local accolades. Having won the Yoram Gross Animation prize at Sydney Film Festival 2020, GNT will screen in the Short Film section at Sundance 2021. The film is Vasquez-Brown and Hirner’s debut as a writer-producer-director team, and follows one woman’s outrageous mission to conquer social media and upstage her friends. On receiving the news of their acceptance into the Sundance Short Film section, the pair said they were ‘thrilled.’

‘We put so much love into this chaotic four minutes, and feel especially humbled that it will be shown at Sundance, alongside the same talent that we are continually inspired by,’ they continued. ‘We hope it makes you giggle, or at the very least, question your choices on social media.’

Sundance Film Festival 2021 will run both online and in-person from 28 January to 3 February, showcasing work from the US and around the world. The full program is available on the Sundance website.