More couch streaming with an East Asia film fest from Italy, as Perth goes profound and perverse, and docs keep popping up to keep us Reel.
ScreenHub 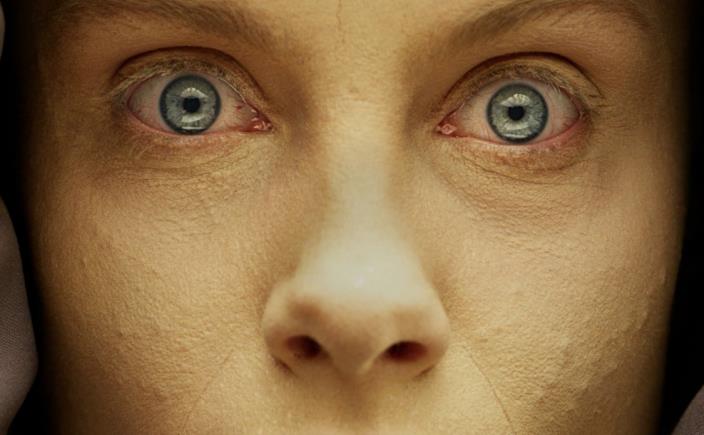 Right now, this could be any one of us. The antidote is more streaming festivals. 1000 Kings is a German SF movie about (you guessed it) a pandemic, running in Couched! by the Rev fest in Perth.

Keen festival-goers have worked out that the online experience is really convenient, runs films we could never see otherwise, offers great panels, and runs on several different payment models.

Just as you recover from the Sydney Film Festival, here are three more to crowd your calendar.

1. From tomorrow night, the Udine Far Eastern Film Festival takes off, run by a gallant band of enthusiasts determined to watch the more elusive latest releases from Asia. Udine is between Venice and the Dolomites.

Fifteen of these films are available in Australia; you can buy a ticket to the whole on demand program for € 9.90 though the discussions are extra.

The landing page has one of the most remarkable colours on the internet, and those of delicate eyesight may need sunnies.

2. Reel Stories: the Melbourne International Documentary Film Festival starts on June 30 and runs until July 15, so it has inherited the Victorian passion for longer festivals.

According to the release –

A strong commitment to local, Australian indie and industry documentary with 50 + Australian documentaries premiering representing 55% of the total festival slate.

Individual films can be streamed for $8 while the whole batch costs $99.

The program is here.

3. Revelation Perth International Film Festival is going online with COUCHED from 9 to 19 July.

COUCHED offers tailored viewing experiences to 30+ of the finest features and documentaries from across the world. In addition, it will feature live panels, talks, presentations and short films. In fact, as close to a full festival experience as possible.

Films will be available for rent for a 24 hour period through the fest, with titles available regionally, nationally and, we are proud to say, even internationally.

Individual rentals are $12/title, while a four film pass is $40, a six film pass is $60 and the whole shebang is $180. Half the cost of your ticket goes back to the filmmaker, building on Rev’s existing streaming system which has already been running for five years.

There are 27 feature length films in the program, from low budget Australian features to a documentary on Tarkovsky and indescribable experiences with names like Many Undulating Things. Rev tends to have the most unusual films in any Australian festival, in which private viewing may be an advantage.