If our team is any indication the future is all online, from docuseries Rotten to Broad City, Fleabag, Vida, Russian detectives, Fortnite trailers and makeup tutorials.
Screenhub Hivemind 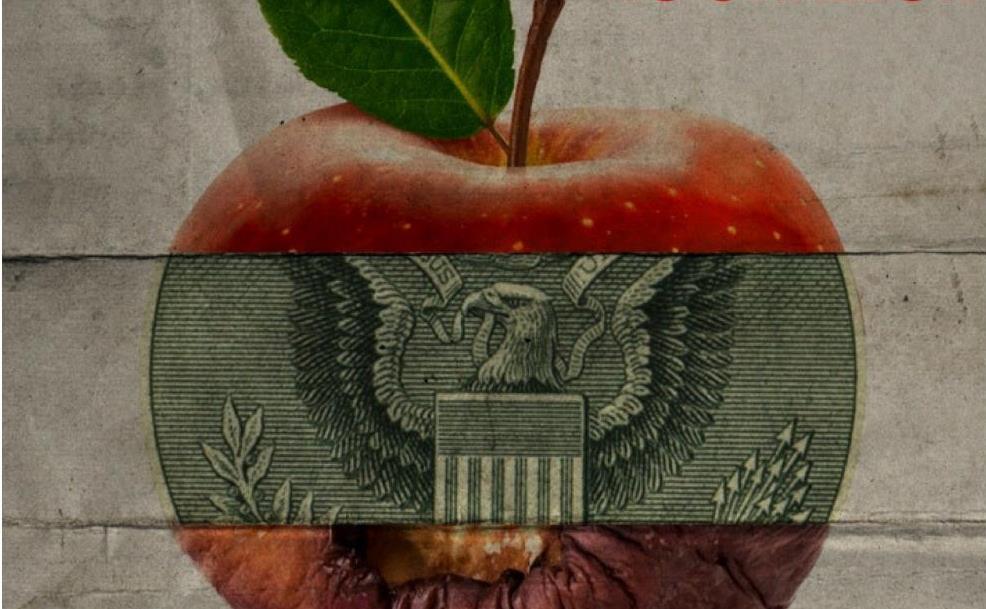 ‘Rotten’ follows the crumbs and the money to find the truth about global food production and waste. Image courtesy Netflix.

Ebony Dennis, our Digital Media and Sales Co-ordinator, recommends this American documentary series from the makers of Anthony Bourdain’s Parts Unknown and The Mind of a Chef, saying: ‘Rotten focuses on problems in the process of supplying food. Each episode is about a different food product, for example, avocado, milk, bottled water, marijuana edibles, chocolate etc. It’s quite interesting and you always learn something new. (Did you know that the word “Avocado” came from the Aztec word for “testicle”?) The series gives a true crime treatment to food production and distribution, and I’d recommend it for anyone wanting an easy but informative watch.’

George Dunford, our Content Director, says he finally caught up with the 5th and final season of Broad City. ‘I’m going to miss my gal pals who have grown over the half decade but thankfully never grown up, or become too serious. Episode one is a case in point as Abbi Jacobson celebrates her 30th birthday (so old right?) by making a pilgrimage traversing Manhattan. It’s filmed by Alana Glazer in Instagram style with emojis and captions splashed over the phone-shot video. The comedic chemistry is bubbling over with Alana giving the “gift” of several shots of Abbi’s ass filmed throughout the series, complete with surprised shots and mild confusion from Abbi. It’s the kind of thing that can only happen between two performers who know and trust each other so well.  [Spoiler ahead] They find at the end of their pilgrimage that they’ve been so frantically filming Instagram Stories that they can’t remember their own stories of the day. The last five years of the show feel the same.’

Gemma Eades, our Membership & Classifieds Growth Officer, says she’s been watching this Starz series on Stan about two Mexican-American sisters from the Eastside of LA who must return to their old neighbourhood to confront the truth about their mother’s identity. ‘Vida is a great look into Mexican-American modern day life in America, combining racial and sexual prejudice with a hint of family dysfunctionality thrown in. There’s great Latin-American music too! Season 2 came out mid year and season 3 is due for 2020.’

Screenhub writer Jini Maxwell feels late to the party but now sees what all the fuss is about with Phoebe Waller-Bridge’s comic drama. ‘I’ve finally gotten around to watching Fleabag and predictably, I’m obsessed. Fleabag is one of those shows that makes you realise the insufficiencies of so much writing that came before. Every character is written with such depth and idiosyncrasy, from awkward laughter to strange pauses. The women in the show are particularly noteworthy for how fully realised they are. They’re each sympathetic, hilarious, awful, and written with flaws that aren’t charming, aren’t plot-points and don’t relegate them to the role of manic pixie dream girls or “anti-heroes”. Despite the show’s often dark subject matter, watching it feels like getting a drink with a friend. I’m interested to see how it translates to a one woman show; the National Theatre Live: Fleabag made its debut on the Australian silver screen over the weekend, and I’m definitely keen to check it out.’

The viewing habits of Screenhub Editor David Tiley are always eclectic, and this week is no exception as he dives deep into freely available Russian treats. He has this to say:

‘Youtube can survive very well on a decent home screen, and a huge number of complete films and TV series hide in its netherworlds. It looks as if the original producers are quietly running them for a few extra dollars while they are also streamed locally or even on major international services.

‘Detective Anna is a Russian series which is available in some territories on Amazon Prime, but turns up in really good condition here. It’s about a decorous young woman in a provincial city in the 1880s who is haunted by the ghosts of murder victims and driven to help the police solve the crimes. Her bicycle was built very recently, but the rest of it is deliciously art directed in a fake town set in a studio. The scripts and the concept are like Chekhov written by Agatha Christie, which makes for a pleasant evening in front of the teev with good spirits, black bread and a jar of lumpfish “caviar”.

‘Gogol is darker and more gothic version of this idea which could have some enticing chills to make you shiver next to your borzoi on the couch. You can watch it here.

‘We can’t vouch for Dark Side of the Soul but it seems to mix classic Russian gloom with shiny flash cars.

‘In researching the show I bumped into a wonderful website ostensibly about studying the Russian language which contains a fine compendium of Cyrillic TV series. There is a lot of dubious history, evil Gestapo agents, lady pilots against the Luftwaffe and Ukrainian crime shows. At the very least the acting is ace.’

Our CFO, Jacqui Burley says she doesn’t watch much TV, (‘and the TV I watch is very trashy!’), but she did want to make this note: ‘My kids were going NUTS yesterday as Fortnite went into a black hole (it was unplayable) and then last night they released a trailer for Fortnite 2 with new map functions and lakes with boats.’

For more information about this apocalyptic event, check this story in the Guardian about how Fortnite has changed video game storytelling forever.

Last but not least, Screenhub journalist Rochelle Siemienowicz says one of her guilty pleasures is watching makeup tutorials, especially the top-notch vids by makeup artist to the stars Lisa Eldridge. ‘I love seeing the transformation, the before-and-after reveals and the fact there’s no pressure to follow any other narrative than the simple one of making a face look different. Add to this, the sisterly sharing of information. Lisa Eldridge has a plummy accent, a warm and generous manner, and a wealth of editorial experience, as well as recently becoming a product developer herself, yet you never feel like she’s going the hard sell.

‘In this latest video, she does Victoria Beckham’s face, and then Victoria turns the tables and does Lisa’s – much to the discomfort of the professional makeup artist. There’s a lovely candid rapport between them as they share tips, tricks, insecurities and anecdotes from the red carpet to doing the school run with the kids. If you never thought much of Posh, you’ll probably like her a lot more after this, and also want to buy her lipliner! It’s no mystery how she’s become such a successful brand and businesswoman.’