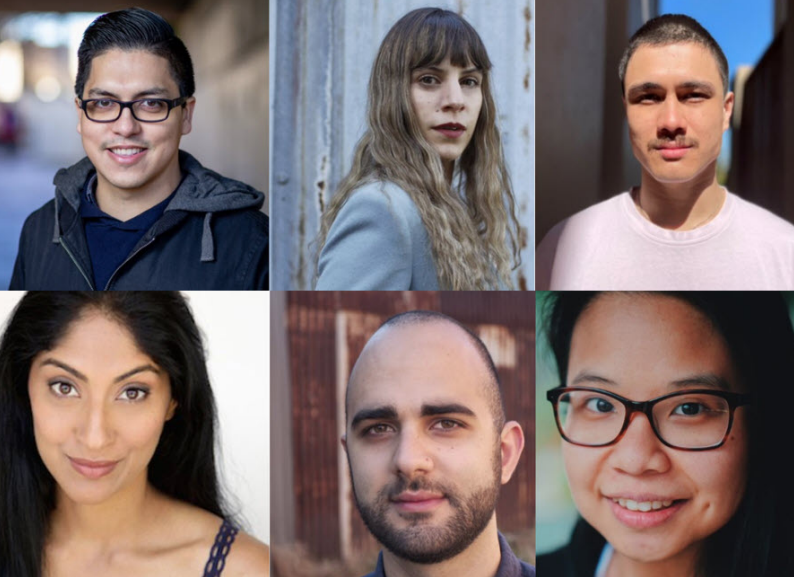 The first six screenwriters from a projected total of eighteen over three years have been announced for the Emerging Writers’ Incubator. It is a remarkable initiative, which symbolises the changes rolling through the sector which are much deeper than policies and pandemics.

According to Susie Hamilton, the Australian Writers Guild Professional Development Manager, the 24 finalists were interviewed in one intense Zoom-filled week. ‘It was hugely time consuming as you can imagine. But it was probably the most exciting thing I am participating in. There were some very, very, very impressive, fresh voices, with a different, new approach.’

‘Besides finding the most talented writers we also had to explore the cultural fit with the production companies. All of the 24 finalists had something extraordinary to offer and we are sure they will have good careers.’

It now seems normal, but three years ago this kind of co-operation involving a broadcaster (SBS), a guild (AWG), Screen Australia from the hacked down federal sphere, and the state agencies (each a bit distinctive) was not on the agenda. What is more, as Hamilton acknowledges, there is a sense of ambition and imagination which is fertile ground for new visions.

Using a summary of company credits and edited versions of the announcement CVs, we offer this list of successful applicants.

A ‘passionate emerging writer/director with a Bachelor of Film and Media at Griffith University, works in broadcast news as an editor and transfers operator, has interned with the Asian Pacific Screen Awards, worked at the Brisbane International Film Festival. ‘His scripts and short films are largely influenced by his Chinese-Italian upbringing and centre around telling Australian stories through a multicultural lens.’

BA Fim and TV at Curtin University. News studio director at ABC Perth for last four years. Her first short film, Play Lunch, won the Jury Prize for Best Short Film at the Chicago International Children’s Film Festival in 2011 with Visiting Mum as next festy success at Asians on Film festivals. Inaugural AFTRS Talent Camp in WA and underwent a week-long storytelling intensive lead by Kath Shelper and Brita McVeigh. Writing team of The Heights for season two, and wrote an episode. Her short film, Hold Up, was awarded Screenwest’s Elevate 30 grant, and had its world premiere at CinefestOZ 2021. She is also a Vietnamese translator.

A prolific and ambitious writer/producer from the Australian Capital Territory with a 2015 with a Bachelor of Media Arts & Production and and an Advanced Diploma in Producing from AFTRS. A lot of shorts on his polymathic CV, he made Instagram TV series The Red Thread. and the 2018 award winner Bus Trip.

A filmmaker since the age of 8, early to writing, BA in Creative Writing and English, NIDA courses, short filmmaker, stage writer, winner of AWG short Monty Miller and a Scripted Ink slot, script coverage for European Film Market, winner of Best Sci-Fi Screenplay in Los Angeles Film Awards, 2018. Through her company River Run Productions she has produced, designed and sometimes directed lots of clips, including a four part surreal hymn to the ridiculous in the Andre Breton sense. Here is one part:

‘Her interest as a creator lies in taking the familiar – genres, narrative styles and character tropes – and infusing it with her ‘otherness’, whether that be her Indian culture, female perspective, Australian sensibility, or all three.’ Trained at NIDA around 2000, worked also in the US, New Zealand and the UK, including Edinburgh. Company producer and co-Artistic Director of Tamarama Rock Surfers – the resident independent theatre company at the Old Fitzroy Theatre in Sydney, developing new Australian work there. Has a substantial acting showreel.

BA Fine Arts and MA in Performance Writing from VCA. Worked in film editing and post production, and in 2018/19 he ran the community filmmaking initiative  Into The Limelight. Supported by AWG Pathways Program and a participant in AFTRS/Film Victoria 2019 Talent Camp. Among his writing and producing work for stage, he is the Co-founder of award-winning performance company Stage Mom, whose work includes his plays Love You Bitch  and Truly Madly Britney . His Melbourne Fringe Participatory Theatre show I Still Haven’t Found What I’m Cooking For won awards. Also was a script co-ordinator on the Tony Ayres Productions series  Fires. Besides his imagination, they know he is is smart and organised.

While these writers do vary in experience, they are all pushing hard to have solid careers and some are moving sideways from twenty years of work. They have intense access to six of the most interesting production companies in Australia, which is very much a two way street.

Producers are now straining to work with people who offer different kinds of experience. It won’t be said in public, but we know from the general politics of this diversity push that people of this calibre have been on the edge, or offered better opportunities elsewhere simply because a monocultural industry thinks that a monocultural audience craves a monocultural world.

But this is about much more than ‘voices’ and ‘visions’. As Susie Hamilton said, ‘Writing is about more than having a project in your back pocket. It is understanding how the industry works, it’s developing networks, getting to know people, getting to understand the kinds of things that are being made and why they’re being made, understanding audiences, understand pitching and who to go to, who’s making the different shows that are out there out there getting made. It is about having the skills that make you employable, not necessarily as a screenwriter right now, but the skills that are going to get you into a room, as a note-taker or script coordinator or researcher, so you can then build your networks, understand how it works, understand what a writer’s room is, understand what’s required.’

This is a very thorough intervention, but it is still an intervention, as the activists who supply energy and special knowledge to this program understand. It has to express a normal and not an exceptional world. Diversity needs to be the status quo, as it is in our lounge rooms.

Six people – eighteen eventually – are symbolising a huge range. Nobody wants quotas in a small industry as a long term solution, but there will always be tension until people with disabilities don’t feel they are being trampled in the rush. And we are seeing screenwriters who know the taste of childhood poverty on their tongues.