Series Mania, running in Lille at the end of March, lines Australian series up against the world.
David Tiley 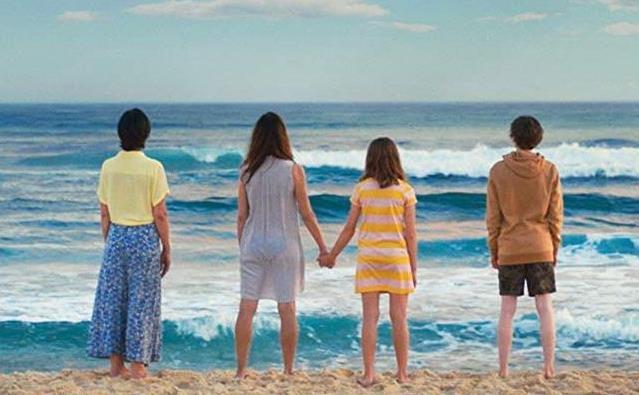 Publicity image for The End.

Series Mania has positioned itself as the best international comparison point for global TV series, so we can see the 30 or so projects which are campaigning for a wide audience.

These are the productions that are effectively still in play or are campaigning for prizes which will propel the companies and their principals into better deals in future.

For the people with the baguettes and the popcorn, Lille at the end of March is a chance to see the first two eps of lots of series, to sense diversity, argue about quality and note the arrival of entire new cultures.

For Australians the event can be salutary but encouraging. This year Porchlight Films and the ABC are launching Buffalo, keenly anticipated here as Fallout. But the title also belongs to a TV series based on a game, so the name change is pretty essential. Written and directed by Peter Duncan, in six episodes, it was produced by Vincent Sheehan and Tanya Phegan.

Upright, the Tim Minchin show for Lingo about the ambulatory piano and its squabbling keepers, has a comedy slot, while The Commons from Playmaker will bring its imminent future to audiences primed for disaster and Total Control will showcase Blackfella’s post-colonial world view.

The End is badged as the UK and Australia. Made for Sky and Foxtel by See-Saw, it was created by writer and producer Samantha Strauss. She is also known for Dance Academy, H20: Just Add Water, The New Legends of Monkey and The Wrong Girl.

The Australians are not in competition but are dotted around the exhibition program. To show you the range, here is the list for the International Panorama:

The terror act in Oslo and Utøya on 22 July 2011. This is the story told from the view of journalists, police, medical professionals and civilians.

Behind the Door (Eriko Shinozaki, Japan)

No details – Eriko Shinozaki is a prolific TV writer.

Two young Finnish women in London are drawn inexorably together via the Studio – a clandestine group dedicated to bringing justice to those beyond the law. But, as their battle against exploitation, violence and corporate greed intensifies, will the Studio’s ends continue to justify its means

Oscar is a renowned playwright. Series of ten eps with a bomb disposal theme.

Im Jin Hee is an enthusiastic reporter, out to do the right thing. She covers a violent case involving Forest, the biggest IT company in South Korea. The chairman of Forest is Jin Jong Hyun, who relies heavily on shamanism. During her investigation, Im Jin Hee learns of a spiritual consulting company that is affiliated with Forest..

Three generations of a family with separate but intersecting obsessions – trying to figure out how to die with dignity, live with none and make it count.

A police force specialized in gender-related crimes that investigates the strange disappearance of a young woman.

El dia de mi suerte aims to tell Toño’s story, an Hector Lavoe’s imitator, who had several problems in his life and is constantly looking for ways to change his luck. Lavoe’s arrival at Lima in 1986 will be that surprising event that Toño expected. Convinced that the arrival of Lavoe is connected with his own destiny, he will do all what is possible to meet him and find with him ‘his lucky day’.

As the Icelandic prime minister’s bipolar disorder worsens, his behavior threatens to endanger the stability of his government and the private lives of his aides and political allies. Some on the prime minister’s team take pains to conceal his illness while others seize the opportunity to take advantage of it.

Unpublicised in English. Asaf Korman is an experienced director.

Hunting husbands and unchaining wives, Rabbi Yoseph Morad discovers that the real mystery happens in his own home with his wife Hannah

WWII drama centered on the lives of ordinary people affected by the war.