By the time the industry finds a new normal, there will be a whole bunch of projects screaming to go. And this is just the federal contribution.
David Tiley 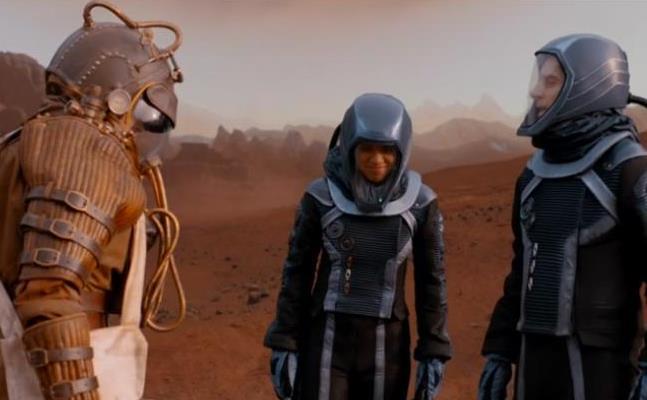 Producers are planning for the future. What if this is the post-COVID production kit? Image: props for the Dr Who Experience in Cardiff.

Screen Australia is putting meat on the bones of its intention to shift funds into development by announcing an extension of the Premium fund to Premium+, which will grow the bucket of cash from $1.45m to $3.4m.

Established in 2018, the older fund was about ambition, market viability and previous success and the average amount was around $45,000 in the last financial year, given to 32 projects. This new layer adds the requirement to be ‘close to production ready with firm market interest.’

According to Jason Stephens of Lingo Pictures, ‘There is an opportunity at the moment to put your head down to develop content – particularly premium content – which is a business model based on developing content that can sell overseas.

‘I guess it gives us all the opportunity to pause and put as much time as possible into scripts which is always the key
to successful projects. We have to make sure that what we are filming is exactly what we want. It is a basic rule that if you can put that time into development, it just pays dividends in the end.

‘There will be a lot of projects come out of this phase which are totally developed and with people attached, and so I think it will be very competitive on the other side. So you’ve got to make sure that your project stands out.’

In the scramble to rebuild, we could well come out early. In that case, the Australian sector will have a significant advantage.

While the Premium+ program is headlining television, Screen Australia is also willing to support film and online productions.

‘Any producers with projects that are already in advanced stage development and have firm market interest, who have not already been in touch with Head of Development Nerida Moore in the past fortnight, should email development@screenaustralia.gov.au before putting in an application.

A Premium Plus option will be added to the Story Development: Premium application portal in the next fortnight.’

There are unlikely to be any surprises with these applications, because they will already be engaged with the agency development support system.

This is an additional program; the normal development process is still in place.