The Emerging Screenwriters' Incubator will be run in partnership with screen bodies, providing 18 diverse screenwriters with employment in top notch Australian production companies over the next three years.
Jini Maxwell 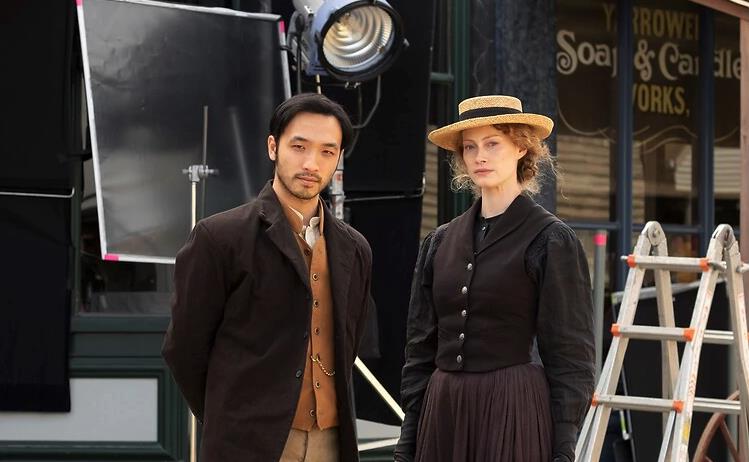 SBS Director of TV and online content Marshall Heald said the program ‘will help to ensure the unique perspectives and experiences of those who reflect contemporary Australia are explored on our screens.’ Image from the upcoming drama series New Gold Mountain, via SBS.

The incubator, designed to foster greater diversity among Australia’s screenwriting talent, will provide employment opportunities on drama productions for 18 emerging screenwriters from under-represented backgrounds over the next three years.

The initiative includes  Aboriginal and Torres Strait Islander peoples; people who are from culturally and linguistically diverse backgrounds; those who are living with a disability; are women or trans/gender diverse; identify as LGBTQIA+; and people located in regional and remote areas.

Screen Australia Head of Content Sally Caplan described the nationwide collaborative effort as ‘testament to our industry’s commitment to working together to make the sector more inclusive, and accessible for emerging talent.’

‘Writing is where it all starts.’

Tony Ayres
Each year for the next three years, six successful candidates will be employed for 12 months in production companies producing Australian drama. During the year, program participants will get a broad range of experience, from working across a production company’s fiction programming, to taking part in writers’ rooms, to developing ideas into treatments. The Incubator will launch with its first round of placements in July this year.

READ: Dear White Screen Industry….
SBS Director of TV and Online Content Marshall Heald acknowledged the labour of director, screenwriter and showrunner Tony Ayres, whose longstanding advocacy contributed to the development of the program: ‘It’s through conversations with Tony that this initiative came to be, and it’s now incredibly exciting to see the momentum we have across the industry to come together to do more. Our storytelling will be all the better for it,’ he said.

Ayres added, ‘Marshall and I have been having a great and ongoing discussion about the best ways to make long-lasting and meaningful change to our industry, and to genuinely shift the needle towards a wider, truer representation of Australia. This initiative is a brilliant start and will broaden the talent pool of writers from underrepresented parts of our society.
‘Writing is where it all starts,’ he said.

Applications for the Emerging Screenwriters Incubator will open through participating state and territory screen agencies in the next month, with the selection process taking place in June, and the first round of placements beginning in July 2021.