Disdainful of agencies, game for anything, addicted to genre, enthralled by risk, true indie filmmakers are hard to hunt and study. Until now, on the Gold Coast, disguised as simple business folk.
David Tiley 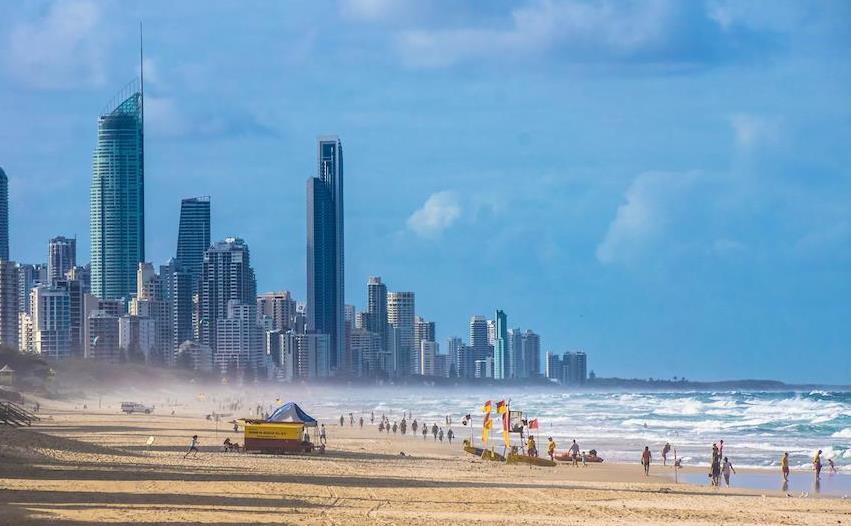 The Gold Coast, by Petra.

Though agencies do surveys, focus groups and advisory committees, it is pretty rare to find a properly run study of the independent screen community. Here is a report commissioned by the Gold Coast City Council which enlists the Queensland University of Technology’s Digital Media Research Centre to do just that.

The council wanted to understand the ecology of screen makers living locally or in the region; it was interested in any form of production which didn’t occur through the studios. This double-local focus allowed it to cover everything from wedding videos, to web series, VR, backyard horror films and international cult flicks.

The research was led by Dr Mark Ryan, with Phoebe Macrossan, Marion McCutcheon and Professor Stuart Cunningham. In an interview, Ryan said, ‘We knew there is quite a lot happening in the Gold Coast in the independent sector because of the growing amount of anecdotal evidence. But nobody knew what type of production or who the players are and what the ecosystem looks like.’

By massaging the existing data the researchers could be sure that in 2016, 1065 Gold Coast people worked in the sector, including 162 heads of department occupations, while 260 belonged to a wider group including actors, dancers, composers and operators. 540 were classified as support workers, along with 207 doing screen jobs outside the industry. That is a substantial proportion, given that production is a major industry in the area.  (I have removed the 316 subscription TV workers).

This means that 0.63% of the working population is employed in the sector, second only to Sydney with 0.83%. Much as we like to spruik the raw number of Australian jobs in the screen sector, it is still a pretty low percentage. There are, for instance, 43,000 teachers employed in Queensland government schools.

Though it is really an employment ripple, the sector on the Gold Coast has been moving steadily from a service industry to a hub for local production for the last ten years. An average of four independent features are made each year, two from the coast, one from northern NSW and one from Brisbane. Until COVID struck, that was steadily growing.

The expansion follows the increase in producers and above the line creatives, and reflects the fact that people are earning money on international productions and spending it on their own companies and projects. According to Ryan, ‘There is a lot of interdependencies between the independent sector and the studio system. The studio system has developed world class, infrastructure, all the service companies that service the production centre at the studios in a massive base of technical crew.

‘When there’s downtime to the studio films, technical crews will work on films from the independent producers. And there is a core group of line producers who have developed experience working with Hollywood films.’

As the report notes, the locals are an entrepreneurial bunch.

How do they start?

The researchers divided out the producers, writers, directors and online creators from the local population, and reduced the 142 to a standardised and arithmetically neat one hundred statistical subjects, ten of which were ultimately interviewed.

The group splits neatly into under and over forty, with the biggest group around that mean. They are an experienced bunch – almost 60% have more than 11 years’ experience while 19% have 25. Something drastic seems to happen at around 50 years of age as 16% are between 45 and 49, but only 5% are 50-54. Those that start the decade seem likely to finish it, given that immigration of older works to the Gold Coast industry seems fairly unlikely.

73% are men and 26% are female, though the document suggests those figures could improve if below-the-line production people are included.

The conclusions about education are fascinating.

Given that Queensland has excellent tertiary screen courses, that 33% is surprisingly low. It is tempting to conclude this means that graduates are leaving the state in the lamented brain drain, but they may simply not be making it out to the Gold Coast.

People came into the industry via those tertiary courses: in addition 15% had TAFE courses, 27% had entry level jobs, and 22% came from other disciplines. While one in three was recruited via tertiary training, one in five came sideways with external skills. The modern digital industry has a lot of transferable skills and the recruitment net is surprisingly wide.

The report identifies two different profiles which are well worth quoting at length.

‘A typical Gold Coast screen practitioner is a male producer, 35–50 years old, with a significant number of screen production credits (10+) who lives and works on the Gold Coast. They entered the screen industry by making their own films and getting hands-on experience, rather than university training… The primary formats they create are feature film production, followed closely by YouTube, Instagram and Facebook content and advertising content… The average Gold Coast content creator will be earning less than $100, 000 per annum from their business.

‘They don’t work with government agencies. In development they ‘talk to their industry peers, clients or distributor/network’. In production, they know about agency funding but ‘they are highly unlikely to have received government financial support for their projects’.

This really describes the ethos of the community. It is noticeably entrepreneurial, addicted to small business, and highly commercial. It is pretty good at raising local money for very low budget films; there is money sloshing around and they know how to get it.

Mark Ryan noted that ‘A lot of the independent features are genre based, generally horror, action and sci-fi. A lot of them are trying to be popular popular film, because they are privately financed. But a lot of the survey responses said they don’t want screen agencies to interfere with our creative control. They want to be creative while a lot of these films are trying to be commercial entertainment.

This really describes the ethos of the community. It is noticeably entrepreneurial, addicted to small business, and highly commercial. It is pretty good at raising local money for very low budget films; there is money sloshing around and they know how to get it.

But, in practice, there are two different strands of production. There are indeed traditional producers, plugged into the agencies, members of MEAA, their Guilds or Screen Producers Australia, with the balance sheets and investment plans to set up conventional productions. They would be at home anywhere in the Australian sector.

However, says the report, ‘a large proportion of core screen content production activity is led by what we term ‘indie’ content creators who self-fund or privately fund production and are thus largely independent from public screen agencies and their funding programs.’

It looks as if the Gold Coast is a rich store of information about indie content creation in Australia because it is prominent, visible and relatively cohesive.

Importantly, 66% of respondents had not received any government sources of funding for production.

As the survey data indicates, ‘although 70% of respondents were aware of both state and national government production funding incentives, 55% of respondents’ production was either self-funded or privately funded. Importantly, 66% of respondents had not received any government sources of funding for production. This raises the question of whether these respondents actively choose not to pursue public funding, or whether they are not competitive for state and federal public development and production funding schemes. An important point to make is that most of these filmmakers regard themselves as professional filmmakers, but also regard themselves as practitioners who do-it-themselves and are independent of government screen agencies and public funding.

The collective heart-beat of this group seems to be the fine art of transferring money, knowledge and gear from either studio work, or commercial corporate content.  Most budgets are well under $500,00, plenty of them don’t get finished, some have a hard time as people learn quickly.

What do they want?

There is a ton of detailed information in the study, including lists of productions and how they are financed. The general conclusions suggest ways in which the Gold Coast Council can support the development of companies, producers and production budgets. The council’s investment allocation, for instance, only cuts in for budgets over $1.5m and has been spent on large studio productions. That is surely upside down though it does avoid the problem of allocating resources around local voters.

At an industry forum on September 21, Mark Ryan observed that producers ‘felt they could be helped by more business development workshops and courses. Learning how to get finance, to develop complex deals, that type of stuff.’

In general, they feel the lack of larger local production companies while the cohort of expert producers is too small. They would appreciate a full sized post-production house. The lack of opportunities for small independent production houses is tough.

Read: Steve Jaggi Company: We make the wrong movies and the industry is a scam

Mark Ryan made one observation that has been true of the sector for generations and helps to explain the tensions between small business Indies with their guerrilla approaches, and the respectable sector with stable production methods and paths to audience. The stuff that can be evaluated by agencies and industry financiers.

However, the report discovered that ‘they are generally positive about the outlook for their business over the next five years.’