The 10-day LGBTQIA+ festival will run 17-27 September, and features 29 Australian premieres over its program of over 40 films, documentaries, and shorts.
ScreenHub 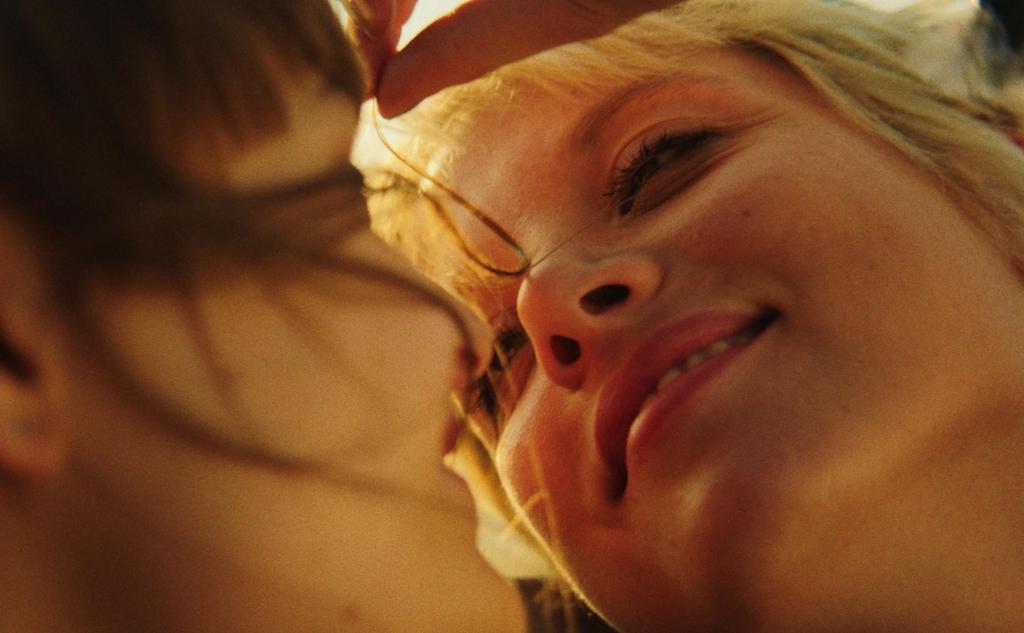 Cocoon is a dreamy German coming-of-age story that will screen in the Queer Screen program. Image supplied.

Available on more screens than ever, the eighth Queer Screen Film Fest will be online and on-demand, accessible from anywhere in Australia.

The full program, announced today, comprises over 40 feature films, documentaries and shorts, 29 of which are Australian premieres. The majority of the program will be available to stream to LGBTQIA+ communities and allies around the country for 11 days from Thursday 17 September to Thursday 27 September.

Festival Director Lisa Rose is excited by the broader reach that a digital festival has compared to a physical one, and expressed excitement that the eighth annual Queer Screen will ‘queer up screens and devices around the nation’.

Same But Different: A True New Zealand Love Story will have an encore screening after its enthusiastically received Australian premiere at Mardi Gras Film Festival in February. The film is based on the journey of Kiwi-Samoan writer/director Nikki Si’ulepa and producer Rachel Aneta Wills as they pursued true love.

The documentary, Steelers: The World’s First Gay Rugby Club is a UK production headed up by Australian expat Eamon Ashton-Atkinson, who is billed as the director, writer and producer.

Steelers is Ashton-Atkinson’s first feature length film. It premiered 25 March 2020, and documents the journey of the London-based Kings Cross Steelers, the world’s first gay rugby club, and the lives of team’s players and coach. Featuring the Steelers meeting Australia’s own gay rugby club, the Sydney Convicts, the documentary is described as a compelling exploration of how together, the players (and their lesbian coach) tackle more than just the opposition.

Australian queer classic The Adventures of Priscilla, Queen of the Desert, directed by Stephan Elliot will also show as part of a special (and socially distanced) drag double-feature at the Skyline Drive-In alongside 2020 film Stage Mother, on 26 September.

The only other live event in the program will be two screenings of the powerful documentary, Welcome to Chechnya on 19 and 20 September, at Palace’s Chauvel Cinema. Screened in partnership with Antenna Documentary Film Festival, the documentary has been praised by The Guardian as a ‘tremendously bleak film about the persecution of LGBT people in Chechnya … a testament to human kindness and a grim portrait of suffering.’

Queer Screen celebrates the return of warm weather with Cicada and Cocoon, both of which are set in the northern hemisphere summertime. Fresh from its world premiere in August, Cicada follows Ben as he bounces through hot and steamy New York, from one hook up to the next, until he meets Sam, while Cocoon is a German-language dreamy coming-of-age, which premiered at the Berlinale this year and is screening for the first time in Australia with Queer Screen.

Set against the twinkling lights of West Hollywood, Breaking Fast is a romantic comedy about Mo, a practicing Muslim, who is pleasantly surprised when Kal, an all-American guy, offers to join him in his nightly Iftars (the traditional meal eaten to break the fast during Ramadan).

Moonlit Winter is billed as an exquisite slow-burn film set in snowy Hokkaido in Japan, where South Korean teenager Sae-bom intercepts a letter to her mother that hints at a yearning secret love. The film closed the prestigious Busan International Film Festival last year, and is also having its Australian premiere during QSFF20.

From award winning director Philippe Faucon, Proud is a powerful and moving three-part miniseries about Charles, Victor and Diego – three generations of the same French family. Both epic and intimate, Proud is an engrossing and superbly acted depiction of how political and societal attitudes change over the years, as do families and their relationships.

Mardi Gras Film Festival favourite Tu Me Manques returns, the complex story of a man who travels from conservative Bolivia to New York, to meet (and confront) his recently deceased son’s boyfriend.

Gossamer Folds, which recently premiered at Geena Davis’ Bentonville Film Festival, is a heart-warming tale about families of origin and the friends who become family. Following the blossoming friendship between a 10-year-old boy and his new neighbours, a retired college professor and his transgender daughter, Gossamer (played by Transparent’s Alexandra Grey), the film is startlingly current, despite its 1980’s setting.

A more contemporary offering is Second Star on the Right which introduce Emilia, a bisexual millennial with an outdated vocabulary of 90s pop-culture references, whose friendship group seems to be growing up without her.

Ahead of the Curve documents the birth of the iconic lesbian magazine, Curve, through the personal story of the magazine’s founder, Franco Stevens, while Surviving the Silence explores the extraordinary story behind the historic discharge of war hero, Colonel Margarethe Cammermeyer, who came out publicly as a lesbian in the era of ‘Don’t Ask, Don’t Tell’, and changed the course of US military policy.

Queer Screen 2020 is also offering three free packages of short films: Gay Shorts, Lesbian Shorts, and Trans & Gender Diverse shorts. These will be available on-demand and completely free of charge, with each package showcasing the best new short films from around the world.

This year, the festival has continued its commitment to accessibility, offering closed captioning for all of its shorts, which are free to stream, and many of its English-language films, Q&As and artist interviews. Breaking Fast, Gossamer Folds, and Same But Different: A True New Zealand Love Story will all be close captioned.

Queer screens annual competition Queer Screen Pitch Off, which is also going online, will also be close-captioned. This year, a maximum of six eligible filmmakers will be invited to spruik their film proposals to a panel of expert assessors on 27 September. There is $10,000 of funding towards the production of a queer short film up for grabs.

While it’s not an easy time to run a festival program, Lisa Rose is excited by the ‘whole world of queer stories’ that the program will bring to audiences.

‘Queer Screen acknowledges that these are difficult times and although we can’t come together in our usual festival setting we are excited to be bringing the festival to our communities across the nation and fulfilling our remit to showcase diversity, support queer filmmakers and celebrate LGBTIQ+ stories,’ Rose said.