New Zealand-Australian artist Angela Tiatia has been named recipient of the $100,000 Ian Potter Moving Image Commissions. We speak with her about the ideas driving her new work.
Gina Fairley 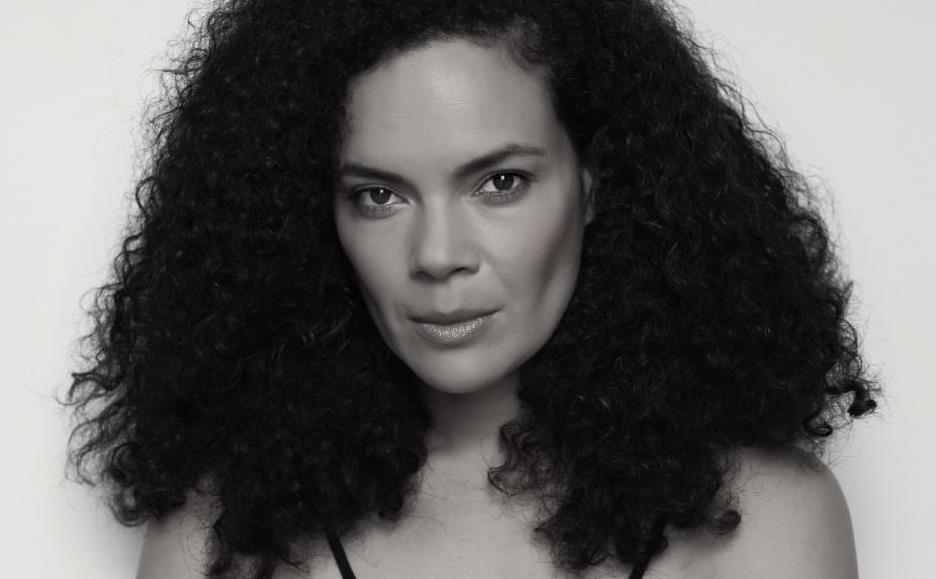 This week artist Angela Tiatia was announced the recipient of the $100,000 Ian Potter Moving Image Commissions (IPMIC). It is the final commission in a decade-long series supporting new moving image works by Australian artists.

Tiatia’s is proposing to make a new video work, Liminal Persuasions (working title), which will address the collapse of the private vs public, the real vs the augmented and the intimate vs the spectacle – tensions, which the gallery explained, ‘both reflect and are responsible for the chaotic and overwhelming feeling of the current moment’.

It will premiere at ACMI (Australian Centre for Moving Image) in 2022 and then enter their Collection.

Speaking with Tiatia this week, she described herself as ‘an observer’, adding that she values the role of research, turning to books, film, poetry and eavesdropping on conversations, when forming the foundations of a new work like this commission.

ArtsHub: At this early stage, what is your sense of how expansive the work will be, and the medium you will be using?

Angela Tiatia: This last year I have been playing with 3D gaming software, and I was able to make a 32-meter still image work [The Golden Hour was recently exhibited at the Art Gallery of NSW], so this project gives me the ability to turn my dabbling into a moving image. It is ticking all the right boxes for me.

I do not have to build big sets in a gaming environment, especially when resources are scarce, funding is scarce, so those are cost savings, and the look [I want] can be achieved within the technology. Plus there is no further need for a rubbish skip at the end of the project, so it is less about waste.

AH: You have long used your own body in your work. How do you separate the self – or protect yourself – while still using your body to annex provocative thinking?

AT: In the beginning it was a really natural space for me, and using my body as a resource made sense – it was really immediate, it was on hand, and I didn’t have to pay in a budget sense, and I could create the works that I wanted to explore.

AH: Will this new commission place you in front or behind the camera?

AT: Behind the camera. Sometimes it can be a distraction.

The Commission gives a sense of hope that I haven’t chosen the wrong career! It is so hard being an artist, being a creative.

AH: You have never shied from difficult topics – from race, to gender and neo-colonialism. How much has your upbringing shaped your perspective, and how easy is it to slide across differing cultural spaces?

AT:  I think it is the lived experience that requires a blurring by the individual to cross different cultures and communities and spaces, and that is something that I have been able to grapple with a lot more easily now that I am older.

When I was younger, I was not able to be comfortable with that. For example, the community I was bought up with was exclusively a Samoan one – a huge Pacific Island community – and then going into the modelling world where it was almost 99% white, it was extremely difficult…But that [feeling] has eased as I have gotten older.

I think that is about understanding the duality and multiplicity of spaces and also trusting myself, that I can be a functioning member of both.

AH: Your video work Narcissus (2019) centres on self-obsession, and is inevitably bound up with the failings of social media. As an artist using screen technologies how do you find balance and boundaries between adopting and appropriating from popular screen vernacular, while stepping back from it with a critical lens?

AT: The balance of the work comes from knowing the complexity of all the layers and how all those layers are affected.

I think also trusting myself, and the gut feeling I had for the timing of that work [Narcissus] was for now. I am always drawn to the nuances of popular culture because it is of now and is a universal language.

What I try to do with works like Narcissus and The Fall (2017) is that I try and draw out the nuances of popular culture that also draw from history. Everything of the now is because of the past. It is always an oscillation of the past and the present. I think what really excites me in an idea, is when I get to that space of oscillation, that is why the name liminal comes up for this new work.

AH: What is your interest in time – slow time, repetition, nuance – as a mode for punctuating your screen narratives?

AT: To be honest, I do not pay attention to time, or am concerned about time as an artist, but feedback from those I collaborate with who come from a commercial world always ask, “How long will it take?” I always say, “as long as work needs to be”. There is so much freedom in that. It allows for a playfulness for the idea to be drawn out.

I always try for the work to be timeless – to have a sense of non-time – so when looking back at a work in ten years from now, I hope that it escapes time.

AH: Moments like these major commissions can be overwhelming, but also empowering for an artist. What does this ACMI Commission mean at this moment in your career?

AT: I love this quote by Adam Curtis about the idea of giving yourself up to something – for me it is really compelling.

[The Commission] means that I can go for a project that would not possible without the funding, and having those resources to be ambitious, but also to have the time to think deeply. It also allows collaboration on multiple levels, with the partners at ACMI and Associated Curators, but it also enables me to collaborate further with the talented people I have worked with in the past. I tend to work with the same people over again, so just drawing upon collective resources and the trust that I have built over the last number of years.

It is the largest commission I have received to date, so with that comes a huge sense of responsibility, but also excitement.

I admire all the [Commission] alumni; I am always so happy to see their success off the back of the Commission and to see their careers go forward. It gives a sense of hope that I haven’t chosen the wrong career! It is so hard being an artist, being a creative.

Born in Aotearoa New Zealand of Samoan and Australian heritage, Tiatia is based in Sydney, and works effortlessly across subjects and media.

In 2018, she was awarded the Ravenswood Australian Women’s Art Prize for her work The Fall. It was commissioned by the Australian War Memorial. Her works have been included in exhibitions in Copenhagen, Vienna, Shanghai, Singapore, Venice, New Zealand, and broadly across Australian institutions.