Park Chan-wook is a tuff Korean director, now enslaved by a mismatched suit. Has the Old Boy gone soft?
David Tiley
[This is archived content and may not display in the originally intended format.] 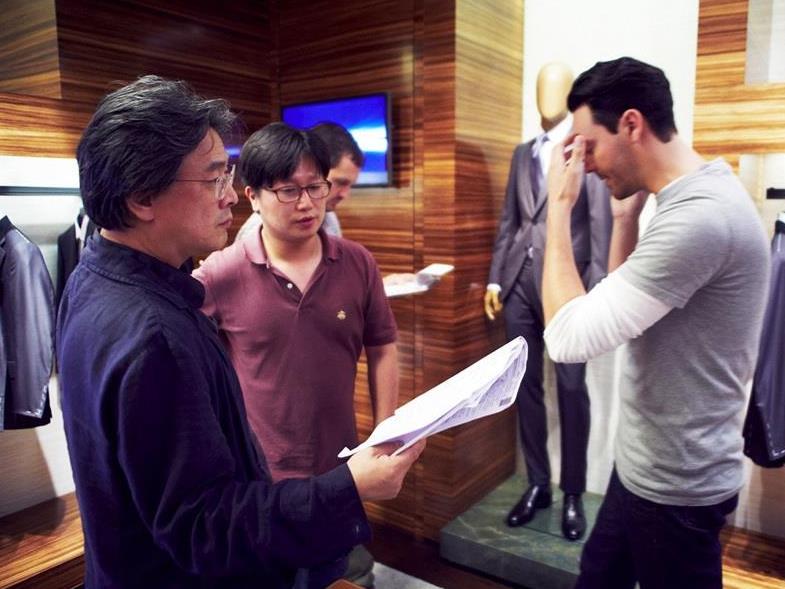 Park Chan-wook knows he has to take this seriously.

Park Chan-wook has teamed up with suitmakers Ermenegildo Zegna to make a narrative film which takes branded content just about as far into decadence as it can go.

The broker is an Italian production house called Frenesy, whose company motto seems to be ‘surrendering to narcissism, one filmmaker at a time…’

According to the New York Times, ‘In the movie, a young CEO — played by the British actor Jack Huston, recently seen in “American Hustle” and “Boardwalk Empire” — undertakes a series of mysterious journeys around the globe led by an enigmatic guide, Daniel Wu, the California-born Hong Kong director and actor.’ That is according to the NYT in the sense that it published a paid announcement.

Park Chan-wook is really something with a trademark line in enigmatic and astonishing violence.

And of course, we have Stoker –

And Sympathy for Lady Vengeance, which you may not be able to watch –

And now we have A Rose Reborn –

‘An element to look for in the movie is the “broken suit,” the film’s strongest fashion message. Pilati calls it “the height of chic,” and the fashion house posits it as a “revolution in modern menswear” that, while classically formal, offers a multitude of mix-and-match possibilities.

The broken suit combines a jacket and trousers from different suits, often with different textile patterns or textures, whose matching shades are the unifying factor in a new ensemble with a distinct personality. The idea is reflected in the movie’s use of a harmonious mix of varied colors.’