The government responds to a tough week in screen policy with a startling announcement. The NFSA and the National Archive will be able to preserve their magnetic material, just in time.
David Tiley 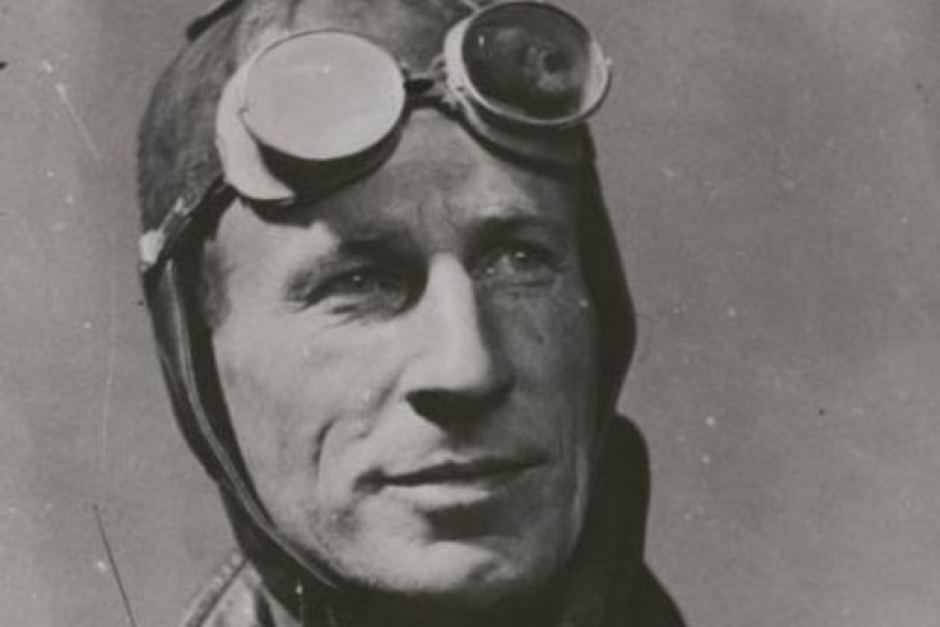 With people like Charles Kingsford Smith in the vaults, how could the government not support the NFSA?

The Treasurer Josh Frydenberg, with the Minister for Communications, Urban Infrastructure, Cities and the Arts Paul Fletcher, and Senator for the ACT, Zed Seselja gathered together outside the NFSA on Friday 3 December 2021. They were finally responding to a desperate, slow motion campaign to save the nation’s audiovisual heritage which is decaying on magnetic tape.

Read: Government offers half the necessary funds to digitise collection

The Morrison Government is investing more than $47 million to digitise and preserve collection material held by the National Film and Sound Archive (NFSA), and seven other National Collecting Institutions, and to maintain the National Library of Australia’s (NLA) Trove website.

The NFSA will receive $41.9 million over four years to fund a major program to digitise and store at-risk audio-visual collection material held across the eight National Collecting Institutions.

In addition, the government has paid attention to Trove, the newspaper website, which has been helped along by a huge community effort to improve the transcripts, run from the shadows.

Over two years, $5.7 million will support and enhance the continuing operation of the NLA’s Trove website, which offers digital access to millions of newspapers and other works from the NLA’s collection and the collections of hundreds of partnering organisations nationally.

At last the government has pressed the sentiment button which the NFSA first asked for in a campaign started in the second half of 2017, announcing that

The additional funding required to increase the NFSA’s capacity to meet ‘Deadline 2025’ is estimated at $10 million. It will ensure all surviving tape‑based media in the NFSA collection is digitised and ready for long-term digital storage and access.

By October 2021, the government had actually allocated $5.5 million. Zali Stegall, the Independent Member for Warringah, suggested to Minister Fletcher that  the budget for the NFSA has declined by 20% in real terms over the last decade. To restore the loss, the government needs to allocate an extra $6 million.

Read: NFSA defended by Zali Stegall, independent MP with a sense of humour

The position is complicated by the bureaucratic twist that the audio-visual heritage of Australia is shared between the National Film and Sound Archive and the National Archive. The former gets indie stuff and the latter gets the government work, which includes Film Australia, The Australian Film Commission, the Australian Broadcasting Corporation and the Special Broadcasting Service. Both are bleeding.

So it looks as if the NFSA has been given responsibility for digitising all of it, in a hurry, with much more money. This is cause for celebration.

We also note the politics of this gesture. The government does not want to take a touchy-feely issue about heritage into an election, which is fair enough. But the particular day of 2 December, one sleep before 3 December had been a nightmare for the Liberal Party, as I discovered in more detail over the weekend.

That was the morning in which the ALP got together with the Greens to pass an amendment to the new tax legislation, removing at a stroke all the contentious conditions which made life harder for lower budget productions and smaller companies. I understand that the ALP pitched this amendment to the cross benches as a way of protecting small business.

There was a lot of confusion due to COVID and Zoom etc, and the government let it go back to the House of Representatives without an actual vote, thereby concealing the implication that the Senate was chewing a defenceless government’s knees.

Fletcher did what he could to stop the rot by producing a fierce press release saying that the whole thing could be withdrawn if the ALP pressed on. The opposition called the government’s bluff. Would Fletcher gamble that he had the numbers? Would the Libs withdraw their useful reforms of the Tax Act in order to paint the ALP as a gang of wreckers?

The government blinked. It was accepted without a vote. Sensible really because the ploy was too hard to communicate. By the end of that day, the screen sector had what it wanted – although the government has only provided what the major news outfits and production companies also want, which is more tax breaks, and less regulation. The question of the streamers is still open, and the government does not know what to do.

So, we can picture the government brainiacs feeling depressed and outmanoevered on that Thursday night. Fortunately, the various ministerial offices had been liaising with the NFSA to organise a theatrical announcement of that extra funding for the screen archives, in which government heavies would speak in front of the fine building and then process around the facility on a tour. It was cheer-up time for the battered warriors.

On Friday, with no need to go to Parliament about an administrative matter, Frydenberg, Fletcher and Seselja had a satisfying doorstop interview in which they announced how they are going to save vital pieces of heritage for all time. The introduction outside the NFSA came from the new CEO, Patrick McIntyre.

After all, there are Liberal heroes to protect. Here is Josh Frydenberg:

Now some of this footage, some of these recordings, are very, very significant in Australia’s history. I’ve got a seven-year-old and a four-year-old. I hope that when they grow up they know the household names of Dame Joan Sutherland, Sir Charles Kingsford Smith, Robert Menzies and Donald Bradman. And, indeed, those names are represented in some of the at-risk documents and recordings that we’re going to help preserve today.

Most of those heroes were on film and have already been preserved, while this current crisis is about tape, but we understand the sentiments.

How nice to make everyone happy, at least for one day. How do you do it? Fund culture.