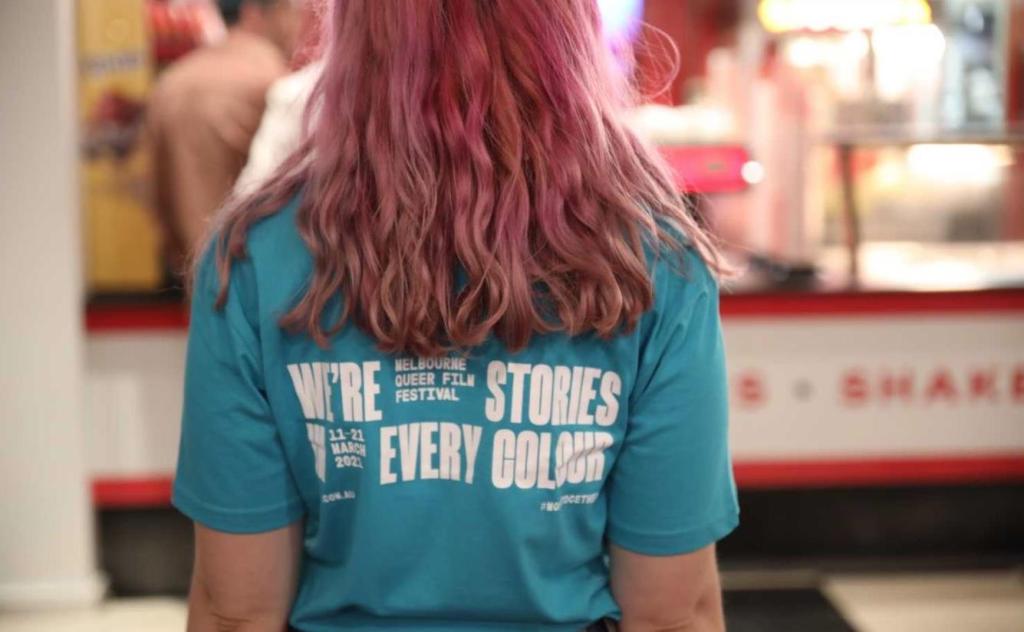 Memories of the MQFF Together minifest in March. Image: Facebook

The Melbourne Queer Film Festival (MQFF) has shifted its dates from March to November, to occupy a different position in the ceremonial calendar both for the LBQTI community and the larger life of the city.

In 2021, the festival will run from Thursday 18 November to Monday 29 November 2021. At eleven days and around 60 features, it is the largest LGBTIQ+ film festival in Australia.

According to MQFF Co-President David Micallef, the March date put the festival at the end of a long summer season. ‘We have a lot of people who go to the Midsumma Festival in January and then they’ll go off to Sydney for the Mardi Gras festival and then Chill Out weekend straight after that and then come to our festival. And that is among all of the other things that happen in Melbourne.’

As MQFF Co-President Molly Whelan said in the announcement, ‘Whilst we will still have a smaller festival in March, our move to November will mean that our community will have great films to look forward to coming out of the Melbourne winter.’ Not something to be sneezed at.

The move was triggered partly by the success of MQFF Together in March 2021, which was a boutique event in response to the chaos of COVID.

By opening and closing the summer season, the festival is now thinking of itself as part of a much longer narrative. The shape of the extended run will begin with the relative quiet of a film festival, and moves to the physical frenzy of Sydney’s Mardi Gras. SBS pumps a lot of free, fresh content into the wider world, along with the films at the substantial offerings at the Mardi Gras Queer Screen Festival. As Micallef acknowledges, ‘We’ve been finding a bit of an impact’.

Now there will be a two month gap between the two festivals, rather than a couple of weeks.

Micallef also points to the increasing amount of LGBTIQ+ content available on streaming services. They are very different experiences but it does add an additional layer of complexity as the festival negotiates to screen films.

A November festival allows MQFF to make the most of the latest queer content being released, including from the Northern Hemisphere festival circuit, before it appears on local streaming services.

This year’s festival will screen at ACMI in Federation Square, Cinema Nova in Carlton and Village Cinemas Jam Factory in South Yarra. Tickets for the 31st Melbourne Queer Film Festival will go on sale in October 2021 following the program announcement.