Vanessa Alexander is now in demand as a Newcastle-based international television writer. This is her story, from Power Rangers to Baroque painter Artemisia Gentileschi
David Tiley 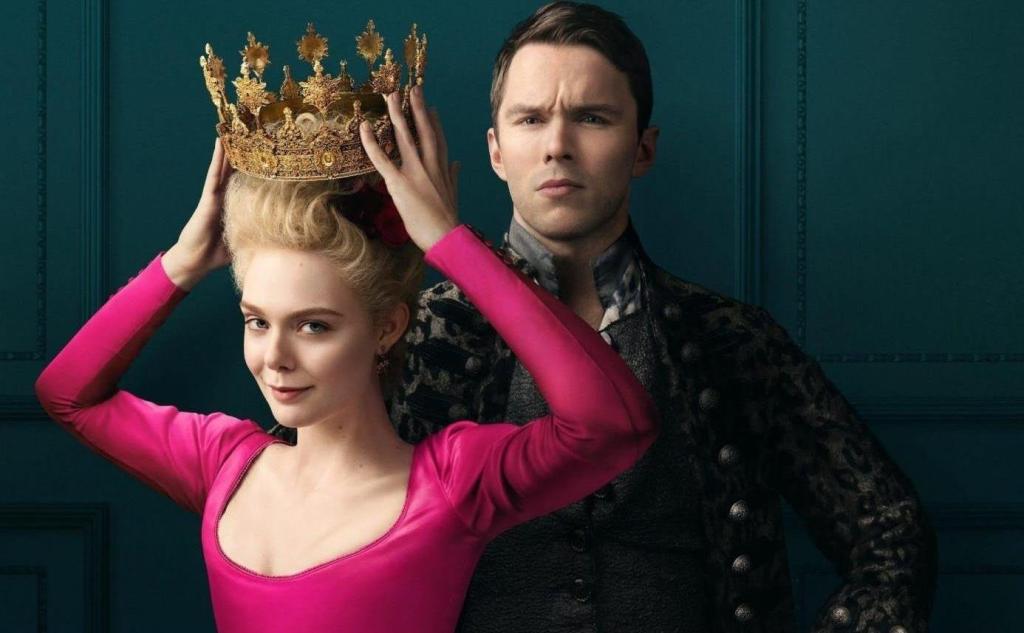 The Great is about the patient acquisition of power by a remarkable woman. Image: supplied

‘With five children, two ex-husbands, four sisters, a foster son and a father she once helped jump bail, Vanessa is rarely short of inspiration for a story.’ That description comes from the 2021 Screenworks Local to Global Forum, which occurred physically in Lennox Head in Northern NSW.

Vanessa is the indomitable Vanessa Alexander who has been working internationally as a screenwriter from her home in Newcastle. She has an extraordinary range of work from fantasy for children to the bloodthirsty story world of Vikings: Valhalla.

She was interviewed by Showrunner and producer Rick Kalowski in a zesty rush of ideas and outrageous anecdotes.

She had a wonderful description of turning forty. ‘One of my last directing jobs I did was directing Power Rangers for Disney in New Zealand and it gave me an existential crisis. I used to wake up every night in a sweat, dreaming that all my female ancestors were like “What are you doing with your life? Why are you making a toy commercial for Disney?”’

‘So I wanted to return to writing but felt like it would be really hard.’

She knew the world is unkind to women changing careers as they age. She went to a psychologist to help her replace the belief that she was too old with ‘the fact that I’ve never been better than I am now, I’ve never known more than I know now.’

Her transition was pushed along by her discovery that she had ovarian cancer – a brutal crisis – but then found out she was pregnant instead, and had the baby. Writing was the way forward.

She was a citizen of the globe from birth. New Zealand father, English mother, entered the world in New York. Back to New Zealand in final year of school, studied playwriting at Otago University, won an international student playwriting contest for My Nightingale has Come Unzipped, a feminist reworking of T.S, Eliot’s The Waste Land.

She went on to be a film student, failed to get short film funding and finally made a low budget feature called Magik and Rose, a quirky female buddy movie about a visiting fortune teller and an unsatisfied chemist’s assistant. It won a Jury Prize at Portugal’s Oporto Film Festival, and screened at a 2001 Cannes Film Festival Forum for low-budget features. She was 29 years old and on the crest of a wave.

A bureaucratic stuff-up deprived her of any NZ government support and the story became grim but instructive.

I was just devastated, she said. It was two years of being paid nothing to make it. But at least it was in a cinema. ‘So I bought all the tickets to it and did a press release that it was a first night sell out. And then I did that in Wellington as well. I literally bought $7,500 worth of tickets on my credit card and then had to sell them to other people. From that I got distribution.

‘I definitely fought for my career, all the way. I had to get out there and think, “how am I going to get this in front of people?” And I learned that early on from that lesson.’

John Barnett, owner of South Pacific Pictures, took her on to produce Being Eve, a remarkable series about a fifteen year old girl, which she ultimately helped to write and direct. It was a success around the world, nominated for an International Emmy.

Her career looks like a line of successes interspersed with her personal life. She directed the first two episodes of Outrageous Fortune, and worked on South Pacific serial Mercy Peak, and children’s post apocalyptic fantasy series Maddigan’s Quest, and then the Power Rangers series.

But there was a lot of careful manoeuvring to build an international career. She interned with Working Title in London and secured a UK agent, which didn’t work. She also wanted a presence in the US. She worked out how to double track the system where she pitched her own speculative work and then accepted projects that were offered to her by impressed producers. She is a dynamic person but seemed to get through the door on modest ambitions.

‘I also used to say “I really love writers’ rooms, I’m really happy working with other writers, I’ve got a good skill set with structure, I don’t care if I’m the lead writer, I’m really really happy not to be”.’

After the crisis of turning 40, she emerged with Turning Anna, made in cahoots with her Being Eve co-creator, Maxine Fleming. She collided with RGM agent Dayne Kelly – ‘I was drunk in a bar in New Zealand after a rap party’, she claimed – and signed up with the company on her next visit to Australia.

Since then she has stacked up the credits. Love Child, The Wrong Girl, The Secret Daughter, followed by another leap into nine episodes as staff writer on Tony McNamara’s The Great, the UK series for Hulu about Catherine, Empress of all the Russias.

Most recently she wrote two episodes of Vikings: Valhalla for MGM television, on which she has just been promoted to executive producer. ViacomCBS has hooked her as lead writer and executive producer on a series about the female Baroque painter Artemisia Gentileschi, while the company wants her on a first look deal.

Perhaps the most surprising thing about her work is the very fact that she does manage to work from Newcastle. When she sets up her involvement with an international project she makes sure that she travels to meet the producers because that physical contact is vital.

From then on she responds from home. If possible she works with Australian writers and tries to set up a writers’ room in Newcastle. As she said, the original writers’ room that Tony McNamara set up for The Great was in Bowral. With her setup, advisory and executive producer work can be done electronically in formal meetings or phone calls.

Read more: The Great is a lavish bureaucratic sitcom

She acknowledges that COVID-19 has changed the experience of computer connections forever, but not in the way we imagine.

‘No one is going to fear working with an international writer anymore because people Zoom from all over the place now and everybody’s used to it, but I don’t think any person would choose to do a Zoom writers’ room.

‘I did Vikings: Valhalla, season one room and The Great season one room in person. The season two rooms for both of those shows were Zoom rooms and they are just not the same. You need twice as long to get the same amount of work done, and I really think it impairs comedy.

‘The kind of chemistry that you get in a room in a series just has to be funny. On Zoom you are just waiting for people to finish talking and there’s awkward silences and there’s no banter.’

But, she is publicly presented as a citizen of the world. Her UK agent, Emily Hickman at The Agency, describes her as ‘an award-winning writer, director and producer who shares her time between Australia and the UK… She is currently has two pilots in development with Artis Pictures/BBC Studios and another with Slam Films, as well as working as an Executive Producer/writer on a comedy series in development with Gaumont.’

Vanessa Alexander is like a very smart person in a very good drama, who notices detail and learns a lot from events. Motifs come back transformed, and side stories have their payoffs. Like her uncomfortable work on Power Rangers.

‘The reason I got that job on Vikings was completely mad. It’s partly because they had trouble finding women who could write action, and so the fact that I was the first woman director of Power Rangers actually worked for me, even though it was something I basically felt was never any use in my career at all.’

She has a lateral mind and produced one sentence which left me breathless with laughter. ‘My marriage ended at a sex camp in Mornington Peninsula. I have no shortage of stories to draw on.’