Make them, watch them, bend them: some documentary notes

Care about docs? This is why you should.
David Tiley 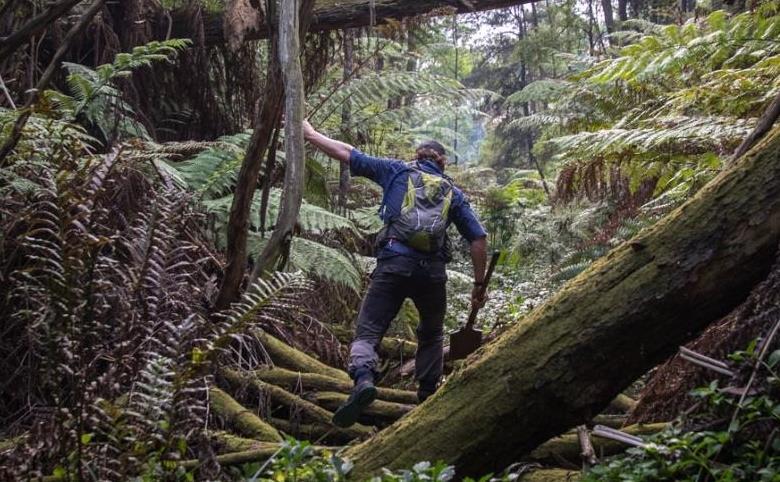 Documentary maker Beau Miles in his version of heaven. Image: his website

I keep trying to share my theoretical vision that documentary can be a form of poetry, small but potent, part of life but not a profession, It is not just a cool trick to get around the sentries, it is also a beautiful way of living.

Here is Beau Miles. Since he is a talented presenter he has made the spotlight a few times so you may have seen him. He has that documentary thing down pat, though he could edit a bit more tightly. Let’s just say he has a leisurely sense of rhythm, backed by a good crew and some lovely drone work.

Melbourne born, New York consultant on the global scene Peter Hamilton is a master of summaries and dot points. His latest post is a general summation of Netflix’s dilemmas, with added video, which ultimately points out that Netflix is a substantial asset to the documentary sector, no matter what happens in other content types.

It is seriously worth reading.

Madman is on the sales trail with a pre-Christmas blast about its documentary streaming service Docplay.

We are also very proud that over 40% of content on the platform continues to be Australian and New Zealand stories – DocPlay is definitely the home for locally produced quality documentary content.

Perth Revelations Film Festival is slowly accreting a very fine catalogue of (mostly) bent films that can be streamed for free or a small fee.

And one of Australia’s truly classy short documentaries (or fictions if you prefer) was made with a lot more resources than Beau Miles’ part time moving meditations. Judas Collar is now available in full on Vimeo after a determined campaign to crack the shortlist for the Oscars.

What is more, the same site has a bunch of shorts about the making of the film. They are really worth watching.