Irish actress Aoife Madden is among the five people jailed for being involved in film tax fraud.
ArtsHub
[This is archived content and may not display in the originally intended format.] 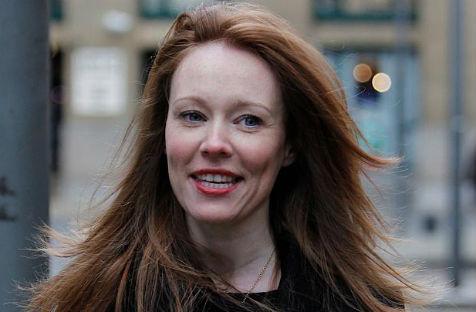 Five people, including Irish actress Aoife Madden, have been jailed in the UK after it was discovered that they secured millions of pounds in tax breaks for pretending to make a Hollywood blockbuster.

The group told VAT inspectors that they intended to make a film titled Landscape of Lives starring well-known actor Jeremy Irons for £19.6m. As a result, they were able to claim £2.7m in VAT and tax credits, although it was never their intention to actually make the film.

Suspicions arose when only 7 minutes of poor quality footage was produced, so the group then went on to produce a film titled Landscape of Lies on a meager budget of £84,000. The film actually went on to win a prize at the 2012 Las Vegas Film Festival, although none of the actors or the writer involved in the production were aware that it was just a cover-up film.

Prosecutor Rebecca Chalkley named the ringleader of the group as 34-year-old Bashar Al-Issa, who has been ordered to serve six-and-a-half-years in jail for masterminding the plan.

‘He is the principal organiser and originator of the fraud and most certainly the prime beneficiary,’ Chalkley told the court according to a report by Channel4.

Madden, who is best known for her lead performance in the Royal Shakespeare Company’s production of Martin McDonagh’s The Lieutenant of Inishmore, was sentenced to four years and eight months for her involvement in the scam.

‘The prosecution accepts that at the outset she wanted to make a film and may have believed this was a genuine project. There came a point, however, when that changed,’ Chalkley said. ‘This not a film production. It was a charade. The whole purpose was to steal money from the public purse.’

‘This gang thought they could exploit rules for genuine British filmmakers and thieve from the public purse for their own gain. They were wrong,’ Revenue’s assistant director of criminal investigation John Pointing told The Irish Times. ‘Falsely claiming VAT that is not due is illegal, so we are pleased that instead of this film flop going straight to DVD, these small-screen Z-listers are going straight to jail.’

Head of fraud at the Crown Prosecution Service Sue Patten also noted the severity of the crime which sought to steal money from the filmmaking industry.

‘This was an extraordinary scheme created to attack the public purse,’ Patten said according to IOL News. ‘The defendants put in claims on a ghost film called Landscape of Lives with the sole intention of criminally exploiting a tax relief system designed to support the UK film industry.’