The union, which is made up of 85 employees, is a watershed moment for tech companies – and an exciting step forward for screen producers who rely on crowdfunding.
Jini Maxwell 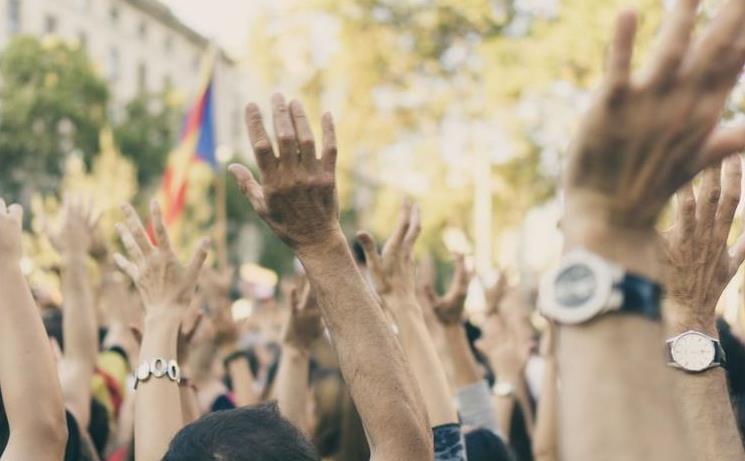 Photo by Chris Slupski via Unsplash

The employees of Kickstarter have successfully voted to form a union under the name Kickstarter United. This development that comes after several years of organising – and no small amount of scandal. It’s a watershed moment for the tech industry, and a win for screen producers internationally.

Late last year, the company made headlines for firing two employees involved in unionisation efforts. While the company told The Verge that this firing was the result of a ‘failure to correct performance issues,’ the decision was broadly received as an attempt at union busting, and Kickstarter’s burgeoning union effort garnered international support via social media.

Project creators put together a petition, which was signed by high profile creatives like Neil Gaiman and Aneeta Sarkeesian, and some went so far as to pull their campaigns – a significant financial risk.

Crowdfunding is a crucial source of support for Australian screen producers. In a time when state and federal funding is limited and unstable, the skills to develop a successful campaign can make someone’s career. Kickstarter has long been a popular choice – but the right to collective action is necessary for a strong, stable creative industry too.
Successfully funded Australian projects include Miss Fisher and the Crypt of Tears, which raised over $700,00, The Babadook, which raised $30,071, and went on to be a critical and popular hit, to Youtube sensation Critical Role’s The Legend of Vox Machina, which raised over $11 million across almost 90 000 backers.

Crowdfunding is also a popular method of funding independent games. There are also 451 successful Kickstarters for Australian games currently archived on the website. These include international hits like Hollow Knight, Armello, and the upcoming Knuckle Sandwich, which met its goal in under 12 hours.

Australia’s own Summerfall Studio, co-founded with BioWare writer David Gaider and the Game Development Association of Australia’s Liam Esler, pulled their $600,000 Kickstarter campaign for their debut game Chorus in support of the union movement. They moved their campaign to Fig, where it brought in just shy of $700,000. They announced their decision with the following statement:

In light of recent statements from @Kickstarter regarding unionisation, we’ve made the decision to move our crowdfunding campaign to @PlayFig. We hope Kickstarter voluntarily recognises @ksr_united. pic.twitter.com/PT4C8DTCH9

The studio welcomed the successful unionisation vote as a win for the company, and the wider tech industry, and game development industry:


Esler told Screenhub: ‘We were uncomfortable with Kickstarter’s stance on their employees making the choice to unionise, and we’re glad to see they’ve changed their mind. This is a great step forward for worker rights, and one we hope we’ll see repeated elsewhere in the games and tech industries.

‘The goal is to see the games industry treat its workers fairly and humanely, and in our view, unionisation appears the most effective approach to achieve that, which is why we are in full support.’

Chorus is an interactive musical videogame, currently in development.

Crowdfunding is crucial to many independent screen practitioners looking to get their projects off the ground.
The support of Kickstarter’s now-successful attempts to unionise demonstrate that even in an uncertain funding climate, those working in the creative industries are clearly willing to take personal financial risks to support collective action. This move, and the international support it fomented, suggest a brighter future for the collective rights of tech and screen workers everywhere.