No dosh at all for less than a $1m budget. There goes the feature documentary sector, even as conventional TV is pumped up.
David Tiley 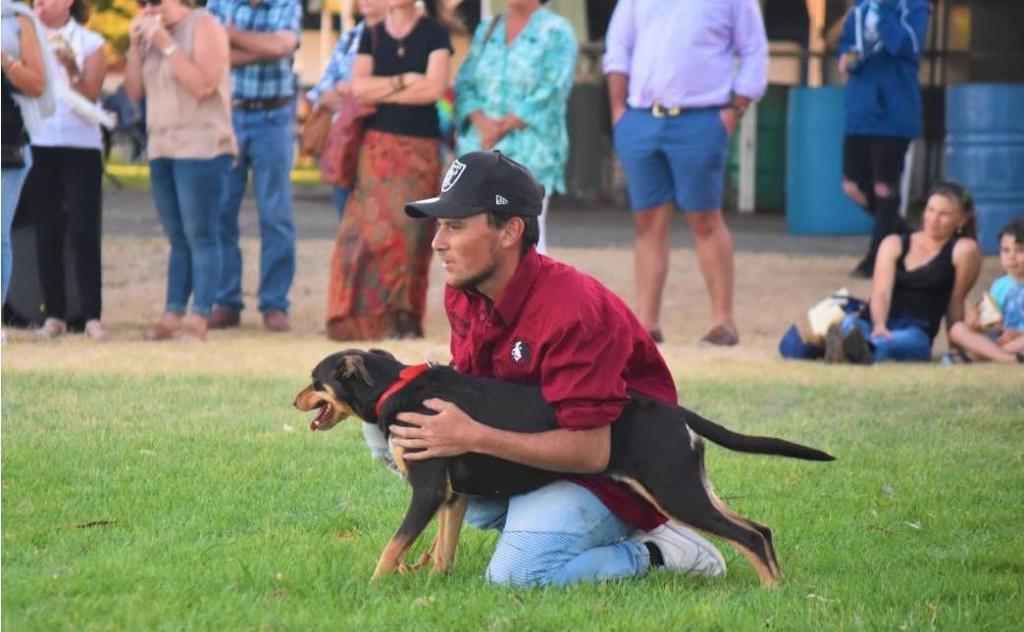 Catherine Scott’s Backtrack Boys is a feature doc which did well in the bush and raised money for a heap of causes. Image: production company.

The financing regulations around documentary will change on July 1. While it will have some positive effects, the damage to the independent feature documentary sector will be devastating. They are so annoyed a formal letter to the government is being circulated for supporters to sign.

As producer and former head of the Australian Directors Guild Kingston Anderson summarised to an AIDC session on the general impact of the changes,

The Gallipoli clause has been abolished. This means that productions will not be able to count expenditure in areas like crews outside Australia as part of the budget for tax purposes.

At the moment we have a healthy production community making and distributing feature documentaries which take advantage of the 40% rebate. The sector took off after the digital revolution in cinemas, often using the low-cost semi-pro gear and hyphenated crews which enabled documentaries to illuminate the far corners of the world, sometimes over many years. A modest parade of them trundle around the arthouse circuit each year, with breakouts into mainstream attention, mostly in regional areas. They have been very important in the Indigenous production space.

The Documentary Australia Foundation developed an organised system of philanthropic support, which has probably been involved with the great majority of substantial non-broadcast documentaries, and created an entire genre of modern activist films, fed in turn by the evolution of impact marketing as a coherent profession.

Mitzi Goldman, who runs DAF, is appalled by the new provisions, and argues that they have occurred by accident, simply because the policy creators do not understand the implications. All the participants in Kingston Anderson’s session agree that the feature doc movement is essentially stuffed.

Figures released by DAF suggest that the average budget for a feature documentary over the last five years, adjusted for inflation, is $551,917. Without the 40%, it would have to drop to $372,000/hour. The offset won’t be replaced by any other source of finance and budgets can’t climb enough to trigger it either.

The Gallipoli clause means that Australian documentary expenditure outside Australia is no longer covered by the rebate, which will dent co-productions and globally focused stories. Forget breadth of vision; there is a certain irony in pouring hundreds of millions of dollars into overseas dramas to shoot here while penalising documentary makers who want to remove a lens cap any further away than Darwin.

The harmonised rebate is the other side of the coin, which emerged strongly in that AIDC session. Michael Tear from Wildbear put the positive view:

‘I think we will be doing more TV and less films, but that doesn’t mean in my view that we preclude one-off films. There will be challenges around finance.. but we need to be really mindful of the audience and market opportunities as well.

‘Our feature slate and one-off films have done particularly well on the international market. And even though financing them will be harder, they’ll still be a priority for us.’

He seems to be thinking that high level blue chip feature docs can really work, and sell to streamers. With budgets over $1.2m he can probably finance them with 30%, even though it has dropped from 40%.

Philippa Campey, a key player in the auteur-driven lower budget feature docs,  is expecting the proverbial pivot to television.

‘The depth of feature documentaries in the last decade has been under a million dollars, so anything that fits into the that range would be unfinance-able without the Offset. But the television upping to 30% is an opportunity as Michael said, there is a way potentially to finance the same programs for television market. But for the feature docs the loss of the Offset is pretty devastating.’

Sacha Gregson, Head of Content Investment & Policy, Entertainment & Specialist at the ABC, also figures the producers could format more cleverly and take advantage of television. ‘And I think the main key to that potentially would also be the streamers opening up to Australian documentary content more than they have been.’

Nha-Uyen Cha is an international distributor through LGI Media. ‘As a distributor I am quite excited about the increase in the offset for television to 30% because we work with a number of Australian producers at the moment around co-productions and pre-sales’. We can get these projects financed faster as budgets have reduced with other broadcasters around the world. Echoing what Pippa said, for feature producers this will really reduce the number of those projects. I think for smaller producers it will be more challenging for them.’

Gregson said, ‘We feel that there are some gaps in the detail at the moment and it would be really great to have them clarified so we can all move together and build some solid models.’

What happens when the ABC commissions a longer documentary for television rather than theatrical release. Or when a broadcast project is reconfigured into a 90 minute documentary? Is everything longer than an hour which is not a series to be stuck with the $1m limit? Clearly it does not apply to single fifty minute TV docs… ‘

There is a ways to go on this one, Meanwhile producers are pushing to get their films started before July 1, which brings another question; how do we define the first day of principle photography with a documentary shot over a longer period?

This is the kind of film we are talking about.