With a unique overview, Alice Burgin concludes that 'good, good people with the right attitude can make huge amounts of change.'
David Tiley 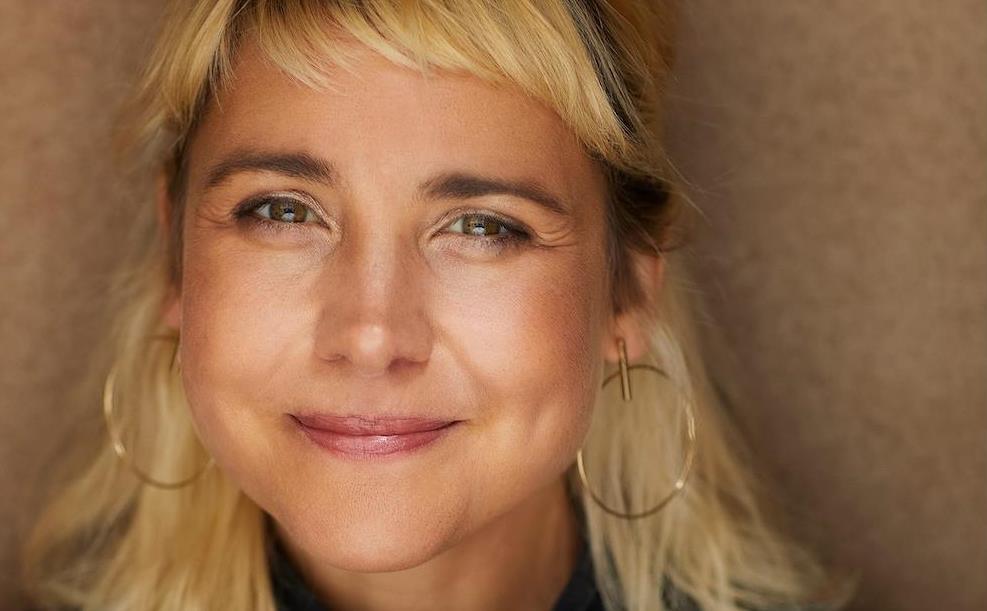 Having run the Australian International Documentary Conference for the last four years, Alice Burgin has accumulated a valuable sense of the big picture about documentary in a world engulfed in change.

To even hold the conference as a partly virtual event in Melbourne, she has endured an exhausting snap lockdown. ‘What about the fifty staff members and the small studios at ACMI that are helping us to deliver the conference?’ she said. ‘So it’s been a pretty stressful weekend. You know it can happen, but then it happens. And we’re like really? Really? Anyway.’

It was a quick glimpse into the scale of work required to deliver a schmick conference online. It is not like an office Zoom meeting.

This is Burgin’s last conference as director, and she will leave soon after it finishes.

Do you think we have gone through the major changes in the sector, or is there much more to come?

I think we are going to go through more changes, but they are more financial than technological. How do people start to work with new financial models, new finance plans, new partners?

If you look at the interest we’ve had from international buyers, this is the biggest market we’ve ever had. It is online and it is easy for people to participate. But it also demonstrates that there’s a broader kind of network out there of interested parties wanting to work with Australian content, wanting to find Australian content. But who decides that content? And how does that content work in terms of a local industry? I’m not sure.

Two years ago was a very depressing time, and we were trying to find inspiration and help people to keep going. But I don’t feel that negativity and anger any more, and something has transformed, so now it is about what does the next chapter look like? And how are we adapting?

That little saying, ‘Seeing is believing’. I think it is really the core of documentary. We are seeing it disappear. We can fake anything.  How are we going to deal with it? Is the idea of authority in factual ever going to come back?

I think it is already happening. We are seeing companies with pretty strong work in investigative documentary. But we could take this back to the funding. What is the approach that they are taking around trusting people? Around the stories they are supporting?

I’ve talked about a verification process so we know that projects from Australian funding have a really rigorous fact-checking system so that we can be confident about the stories they support.

I don’t believe in a post-truth world, I believe that people are ethically obligated to deal in the truth and I don’t believe there are always multiple truths. The BBC and no doubt the ABC have very rigorous perceptions of fact checking and making sure their collaborators are telling the truth.

I think in Australia we are pretty good. We are not the States, where they produce propaganda documentaries and celebrities run production companies that feature themselves.

Here’s a completely different topic. I’ve noticed the poeticisation of independent documentary which is rising and rising. It is almost like it is becoming a different medium.

That is the idea of turning traditional story into something creative and playful. I think play is a really necessary part of documentary because everything is so serious now. So serious, you know?

That is what I’ve loved about this job. Going to that kind of creative documentary market, particularly in Europe. They celebrate really fun creative process, like another kind of documentary cinema which we don’t really have in Australia. They would never exist on a public broadcast network in Australia.

But I hope that as more streaming platforms come into the market and there is more opportunities for viewing different types of content, we would be able to work with people like Gabrielle Brady or even Kitty Green. The way they make work is so beautiful and so different. We are also seeing more of this in America.

To participate in this type of work, we need to make sure that there’s a space for it to exist. You know, everything is about pathway to audience in Australia, then what is that pathway?

People here have to see it to know it, as well as to know how to do it. Watching is so important, and watching what people overseas are doing and learning and particularly as our style is going to change. I just think the broadcaster model is not what it once was. What places does that open for other ways of telling? I prefer to try and see the opportunities.

AIDC has consistently wanted to engage with Asia. I presume that is getting easier and more interesting all the time.

I’m not sure if it’s easier. I think it’s always going to be complicated and it’s going to take a long time. it’s going to take us a lot of learning about particular ways of doing business and behaving. It’s about cultural understanding. I’m particularly talking more about China than anywhere else now.

But we’ve got such good partnerships with Indocs in Indonesia, and we have filmmakers coming over from Malaysia and India, and we have great people we work with in Singapore and Japan. We can really see the growth. [The Factory program this year has a significant Asian edge.]

We have this really awesome film this year about the only Hasidic Jew living in Hong Kong. [The trailer is on Vimeo] It is really cheeky and really funny. We are trying to find the stories of the region. We can do more, and it can be really exciting and really build on those relationships.

Look at the diversity conversation. In my four years at AIDC, it is now like a different industry. It probably hasn’t happened fast enough for most people but it’s still great to see, with all those conversations moving into protocol and practice. That is exciting.

I think the bigger issue than all the other things that we’ve talked about, whether we are seeing the truth or what we believe in, is: what are you going to do about it? What kind of action? We are inundated with content, and now we’ve gone past the concept that feeling is enough.

‘I don’t mean that everyone needs to make an impact film. Because I don’t believe that either. And I also think that many, many documentaries can exist just as a beautiful, creative, poetic piece of art.’

I really believe that the right people in the role [of future AIDC CEO] will make all the difference, right? Generally, good, good people with the right attitude can make huge amounts of change.

I’ve just looked at the transcript of this conversation on the computer and it has written the ABC presale line as ‘going to get an income statement in the hovercraft.’

Well, I might let you go on that. We are going to have to wait till next Friday just to find out if the regulations will allow us to run a live event for the documentary prize. But I am really happy – it’s so much work but now we have a prize, and people can continue it.

Read more: AIDC creates its own awards with just a touch of defiance.