Eva Orner on her climate-change film: ‘Vote as if your life depends on it’

Burning gives a devastating insight into the Black Summer bushfires and the role played by climate change.
Silvi Vann-Wall 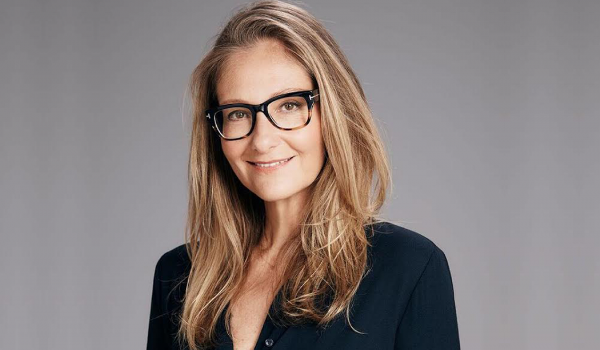 With numerous awards under her belt, including an Oscar for Best Documentary, Eva Orner is perhaps the most prominent female voice in Australian documentary filmmaking. In her latest feature Burning, Orner unleashes a devastating look at the Black Summer bushfires of 2019-2020, which in turn is also a scathing condemnation of the Australian government’s failure to do anything meaningful about climate change.

With Burning, Orner hopes to use storytelling to rally the people into voting at the forthcoming election with climate change in mind. We sat down with her at the Australian International Documentary Conference (AIDC), where Orner was speaking, to talk about the film, and why documentary filmmaking is more exciting than ever.

What was the most challenging aspect of making Burning?

Well firstly, it’s a tough story to tell. Talking about climate change in this world is for some reason still difficult. People think you’re a little bit crazy. But from the looks of the new report, things are more progressive than ever. So I think people are wrong to say we shouldn’t talk about it – we should be kicking and screaming about it.

I pitched this film right after seeing the Black Summer bushfires of 2019/2020 – I had returned home to Melbourne and was just shocked; I had never seen anything like it, and I’m used to fires. So I pitched this film in March 2020, in that really odd period when the COVID lockdowns had just begun and we were all wondering if we were ever going to work again.

Read: Transitions Film Festival: we don’t have lightyears to save humanity

I’d say the most challenging aspect was that this was a COVID film. We had to deal with things like delayed flights, hotel quarantine with the crew, and not meeting people before I filmed them. And we shot all over Australia in remote places, so we had pathologists driving all over the country testing us constantly.

I never wanted to make it a soft film, because that’s not my style, but I was definitely aware that I would be dealing with an audience that had been brutalised by this pandemic. So it was very important that the third act had some hope and some messages of what we are doing to combat climate change.

What are you hoping the audience response will be?

My biggest intention is to get people to vote with climate change in mind, so let’s see what happens at the election! I feel like even if you change one person’s mind, that’s a win. You can you can make films that change policy, and I’ve made films in the past that have had really big effects. If schoolkids see this film, for example, and it affects the way they think about climate, then that’s really positive.

I just want to generate conversation and get people thinking about how important climate change is. We got really lucky with the timing of the film – it premiered at TIFF last year in September, and then we did a bunch of festivals quickly, but the highlight was screening at COP26, the climate conference. People seemed really enraged!

I say this about a lot of my films, but in the world there’s gonna be 40% of people on one side of the issue, 40% on the other side, and most of those people are going to stay where they are. But then there’s the 20% of people who are movable – whether they’re disinterested, confused, ill informed, misinformed, or looking for some more information, and if we can get them on board then we’re in a much better position to make change.

What is the right balance between individual and government-level climate action?

Tim Flannery talks about this in the film. He says something like ‘Sure, get your solar panels and drive your electric car’, and what he means by that is, do everything you can at your level – just because the government’s failing us doesn’t mean we should stop recycling and so on.

Even though the federal government has dropped the ball, I think we are at a kind of turning point. But this is our last chance before things turn catastrophic, because we’re already way behind the climate targets. And no matter what we do now, the next 50 years are going to have a really difficult impact, and we’re going to see more extreme weather events. If we start trying to reverse it aggressively now, we’ve got a chance to help our kids and grandkids.

So do everything you can on an individual level, and vote like your life depends on it, because it does.

What is your advice for emerging documentary filmmakers who want to make impactful work?

Make impactful work. I’ve been doing this for 25 years, and when I started it was a very different world. You couldn’t edit at home, you couldn’t just get a camera. Now there’s so many ways to make things innovatively and cheaply. You can beg, borrow and steal, or just shoot it on your phone.

I know that’s easy coming from somebody who’s making fully financed films, I get it. But I started making films at university, and I just think if you’ve got a story to tell, you have to tell that story. Develop a story, find characters, make it compelling, put together really good presentation materials, and go and find a really experienced executive producer who can get the job done.

I’m a big fan of mentorship, and I didn’t really have that coming up in the industry. If you’ve got a good idea, then get people who are more experienced than you to help you. AIDC is a really good place for that, because you can pitch your ideas and be in a room with a lot of experienced people. In Australia it’s a small industry, so it’s not impossible to contact people with social media.

Can you tell us what you’re working on next?

Not really! I know everyone is announcing projects now, but I can’t really talk about what I’m working on. I can say that there are two projects in the pipeline that will make me very busy for the next year or so. And I can say that it’s a really exciting time to be making documentaries.

Call it the Netflix effect – once they started programming a lot of docos, many more people started watching and loving documentaries. In the past I’d be at parties, and someone would ask, ‘What do you do?’ and when I say I make documentaries, they slowly walk away. And now 99% of the time, people are like, ‘Oh, my God, I love documentaries! Tell me more’ and it’s such a nice change.