Emmy Awards climax in the strangest ego-fest of all

Actor Sarah Snook and writer Tony McNamara were our sentimental favourites for the night, but the world is a cruel place and everyone is a pawn in the streaming publicity game anyway. Sniff.
David Tiley 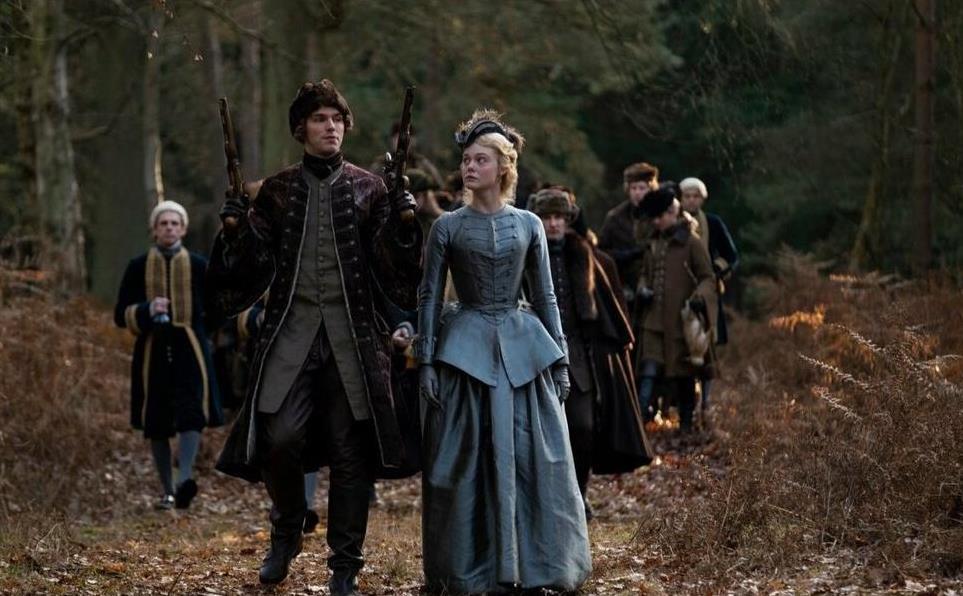 The Great was created by Australian writer Tony McDonald based on his play staged in Sydney. Is this any stranger than Hollywood? Image: IMDB

As the title suggests, The 72nd Primetime Emmy Awards have been running for 72 years, but this is the weirdest one of all because COVID. With physical contact and a public event not possible, the Emmys have instead exploded all over the world with crews visiting nominees to record their responses. Don’t imagine little clumps of people in living rooms waiting anxiously and hoping the broadband works – the producers simply taped everyone faking their joy and making an acceptance speech, and then let them stew until the core team in Hollywood pressed the button for the real winners.

Ever since 1948, the awards have faithfully reflected the advances in television technology, starting just in Los Angeles, going national as the networks evolved, and then accepting cable shows. While the Oscars on which it is ultimately based remains a single night event, the Emmy Awards have mutated like a fungus so there is award after award scattered through the year. The Oscars do have technical awards for innovation, but they have a very different flavour as the techsperts frolic away from prime time.

Now the Emmy creature sprawls over five nights, and has been completely colonised by streamers. It is now basically unrecognisable.

The big drama and comedy awards are utterly dominated by streaming companies interleaved with HBO, which is trying to turn into a streaming company now that it is owned by AT&T. Only in Reality Competition and Variety Talk series do we find the formerly Big Three broadcast networks, and even here the streamers dominate.

Not that ABC, NBC and CBS necessarily care because they have been morphing sideways themselves, though the process seems to be painful. It is like a crab turning into a moth.

While the Emmy creature has evolved, the Australian presence has grown in synch with the constantly increasing presence of antipodeans in Hollywood.

We came into this really hoping for Sarah Snook to get Supporting Actress in a Drama Series because she does well internationally and Australian crews are well aware of both her talent and decency. She needs the career push because this is actually her first really large scale nomination. The chances are not great because she is up against Meryl Streep and Helena Bonham Carter.

No Australians were present in the comedy performance nominations. However, Tony McNamara was nominated as the screenwriter of The Great, a titanic achievement in itself. Sadly, his chances did not survive the tidal wave that was Schitt’s Creek, which seems to be the only comedy show that the Americans respect – even though it’s Canadian. Shoutout though to What We Do In The Shadows, which had three nominations for writing in that same category, and was ultimately based on that deliciously daggy NZ mockumentary by Taika Waititi and Jemaine Clement. They are both credited on IMDB for 20 eps, but all the actual nominees come from the US. (The original producers were Waititi, Emanuel Michael and Chelsea Winstanley).

At that point we settled into one of our favourite national rituals: we did stuff and got nothing.

Lead Actor in a Limited Series or Movie landed on Mark Ruffalo for I Know This Much is True, rather than Hugh Jackman in Bad Education.

We had a small shock of joy because Maria Schrader won the Outstanding Directing For A Limited Series, Movie Or Dramatic Special with Unorthodox, up against three episodes of Watchmen. She is a powerful figure in Germany, mostly as an actress and writer, with one previous credit as co-director.

There was a point at which Tony Collette in Unbelievable was pitted against Uzo Aduba in Mrs America. Uzo Aduba won.

Late in the proceedings, The Succession came through to add a bit of magic to the dominance of Schitt’s Creek and Watchmen. It is a long bow to claim the association, but the series is based on a certain formerly Australian family..

The Succession generated a Directing for a Drama Series Award for Andrij Parekh, so Jessica Hobbs and The Crown missed out in a crowded field. Parekh is an American of Gujerati and Ukrainian descent, and is a respected cinematographer; this is his first major directing gig from which he moved to Watchmen and Brave New World. It is not an unsurprising career move.

We had to wait almost to the end until Sarah Snook’s chances at the main game played out.

The Supporting Actress in a Drama Series went to Julia Garner for Ozark, so she has two Emmies for the same role in different series. She also beat both Meryl Streep and Helena Bonham Carter.

The Emmys exist at that sweet point where self congratulation becomes compulsive entertainment, as art and craft is repackaged as a game show for the world’s greatest showoffs who are not actually a danger to anyone (unlike the showoffs rattling their sabres in bunkers and banks around the world).

It is satisfying to see Australian screen people threaded through the list, and there is a certain celebratory hit if they score a win. But I don’t know that the veterans in the main awards care that much as they all have a fair swag of wins already. No-one turns down Cate Blanchett because she doesn’t have an Emmy. Sarah Snook is in a new version of Persuasion, so the future may beckon.

The awards do matter for edge or emerging players, like Sarah Snook or Tony McNamara, who has benefitted hugely from his Oscar nomination and BAFTA Awards for The Favourite.

For the moment, the film awards are the main game, partly because they are a lot more diverse and tied to a rolling calendar of prestige festivals, but also because there is a far greater chance that genuinely surprising winners can come from The Shadows. The Oscars still get the most attention and the most promotional money, but no sane person would bet on that continuing forever.