Cracking the Code: Cashing in with Online Documentary Content

Find the right channels, expect modest returns and hold onto your rights. Key takeaways from this AIDC session.
Rochelle Siemienowicz 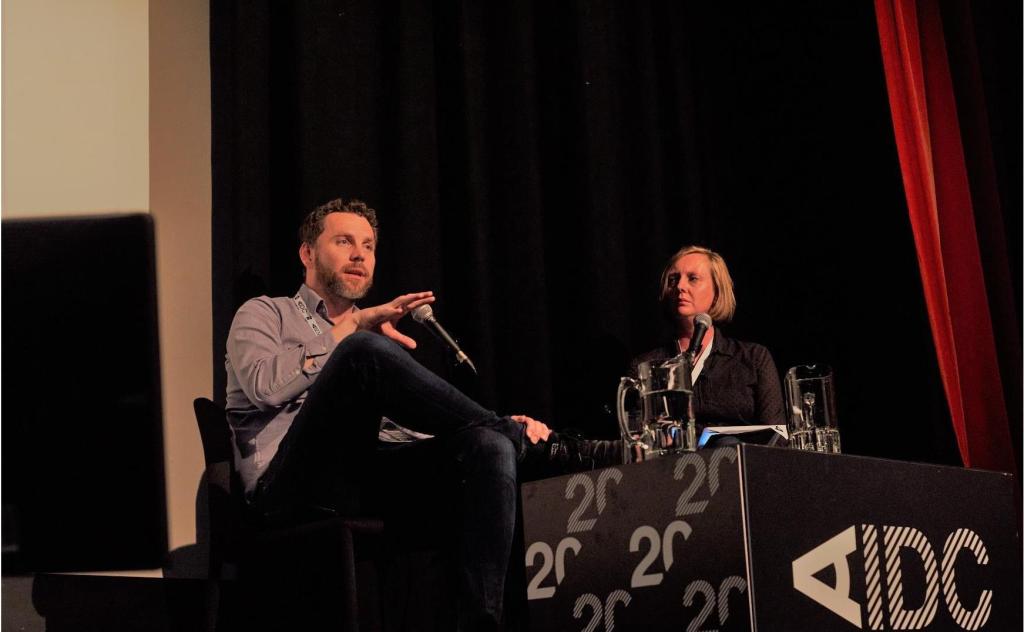 How do you make money from documentary and factual content on digital platforms? If only it were as simple as uploading it to Youtube and waiting for ad money to roll in. Unless you’re lucky enough to go viral, you’ll need to strategically access channels with huge subscriber reach and complex data and analytics.

This AIDC session featured Alex Hryniewicz, Head of Owned Channels at Little Dot since late 2018. He oversees a team of 15 staff working across 20-odd channel brands which commission, produce and also syndicate content to 3rd party VoD services. Prior to Little Dot he was Head of Multiplatform at Maverick Television and developed and produced the BAFTA-award winning Embarrassing Bodies series, and co-developed cross-platform comedy series Was it Something I Said? for Channel 4.

Hryniewicz said that Little Dot Studios started about eight years ago as a company policing content on online platforms and blocking it, or making sure whoever made it was getting the dollars. Then they realised the data they were collecting was incredibly useful and decided to set up legitimate ways for people to watch documentary and factual content online.

Primarily based in London, they also have branches in LA and Munich and the video channels they operate broadcast across multiple digital platforms and include produced, licensed and commissioned content. For example, their YouTube channels include Timeline (history), Real Stories (human interest and true crime – this is where Little Joe sits), Spark (science), and Wild Things (Nature).

Hyrniewiecz said that across all their channels they get about 5 million views a day, with an average view time of 25 minutes, which, if you think about how long you spend on watching your average YouTube video before scrolling on, is an incredibly long time. These long watch times mean that several longer ads can be played, upping the revenue.

True Crime: hits and misses with Vanished and Trafficked in Suburbia

One of Little Dot’s most successful investments to date has been the 20-minute true crime documentary Vanished, because it led to an NBC commission in the US, ‘and that is something that we always targeted when we were putting up these original commissions.’

‘This was a film about a missing persons case in the UK, and it was pitched to us by a journalist, and we linked him up to a production company who’d make the film. In some ways it is a very traditional true crime story like you’d see on any other network, but it’s one where our limitations as a funder quickly became apparent because we quickly realised there was a lot more this case than meets the eye. The police investigation had stalled and it got to the point where the filmmakers were going to start accusing people who had not seen due process, and that’s the point when you need to lawyer up, so we had to pull back, which was frustrating to the filmmaker.

‘But we put the film out and took it to the local town where the case was based and screened it in a cinema, and the response led to the reopening of the case. It made front page news and was screened in parliament, and there was public outcry. So what it did was set a model for us where we could create a film that told the story up to a point, but acted like a rock in a pond and ignited new information.’

The result was that NBC picked up the idea as a franchised series, ‘which is an amazing journey for something that started as an online program.’

Conversely, Hryniewicz talked about Trafficked in Suburbia, a 25-minute project about a detective in Ohio who snares sex traffickers trading in middle class American women connected to the opioid crisis. It failed to ignite in the way Little Dot had hoped it would, despite it being ‘a brilliant piece of investigative filmmaking with brilliant access. We commissioned the film in the hope we would get interest in a longer series, but it proved too risky for other commissioners and the subject matter made it hard to generate revenue on our own platforms to offset the production costs.’

The major reason why this wasn’t successful? ‘The fact that YouTube won’t allow you to monetize any content around sexual things, which means we couldn’t make our money back – say 20,000 pounds – on our platform. So we thought that’s okay we’re going for a bigger commission for a series. We had a team in the US pitching on our behalf but it just kept getting knocked back and we ran out of homes for it. We took a big swing and we missed. We always knew it was a risk, and the problem was that although our data told us it was an interesting subject for our audience, that doesn’t mean the commissioners will take a chance on it or that we fit within their remit.’

Hryniewicz said this had unfortunately led to Little Dot being ‘a little bit safer in the films we’re commissioning.’

At this point in the conversation, Alyssa Orvis brought it round to Screen Australia and Little Joe. She said she hoped everyone was aware that online projects were eligible for the agency’s producer program, which is designed to fund innovative documentary storytelling with bold creative vision, whether that’s a feature doc, series or VR.

Orvis said that Little Joe was funded based on the idea alone. They didn’t actually have a platform at that point. ‘With the producer program you have a four month window in which to secure your finance plan and find the platform, and if you don’t fulfil that requirement we can withdraw our offer.’

With Little Joe, the producers approached Little Dot, who hadn’t worked with Australian broadcasters or funders before. Hyrniewicz said that what stood out about the project was the central character, a Lebanese Australian debt collector working in Sydney, who had incredible charisma, and also the visual stylishness of the series.

‘Also, at the time I was on a mission to get more Australian and Canadian voices on the channel because we acquire most of our material from the UK, and focus most of our commissions on the US, so there was – and still is – a bit of a gap. We get big audiences in Australia and Canada and we weren’t really seeing their stories on screen.’

Orvis added that Screen Australia funded 90 per cent of Little Joe, which would have been another factor making it an attractive commission. That percentage is now more likely to be 70 per cent of an online documentary budget.

Little Joe performed well but not as well as Little Dot hoped on its Real Stories channel (It’s still there and worth a watch). He’s not entirely sure why as the first episode did very well on Youtube, Facebook and Facebook watch. Something about the bots prevented following episodes from appearing in feeds. Hyrniewicz thinks it might have worked better as a one-off film rather than a series, but for Screen Australia wanted a series to counterbalance all the one-off docs they’re pitched.

Cracking the Code: Making Money with Online Content was a session at AIDC, and took place at RMIT Kaleide Theatre on Tuesday 3 March 2020.