Justin Kurzel moves from a contemporary classic to a simple classic for his Cannes run.
ScreenHub
[This is archived content and may not display in the originally intended format.] 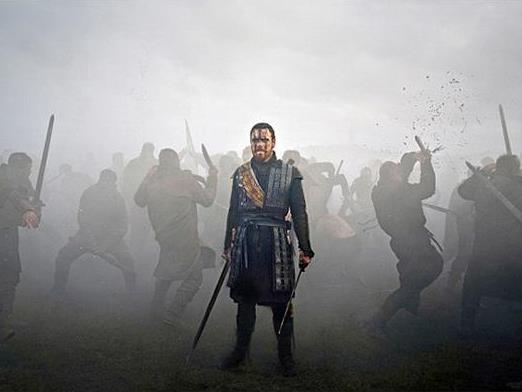 Image: early teaser still for Macbeth. No kilts were harmed in the making of this picture although the boot polish was shockingly mistreated.

The official Cannes exposure for Australians is modest this year, led in by Justin Kurzel whose initial claim for attention came with his first feature, The Snowtown Murders. It had great cut-through in Cannes in 2011, with special mentions for the FIPRESCI Prize and in Critics Week. This puts him in the main game.

This time round he is fronting up to compete for the Palm D’Or with Macbeth, written ultimately by a forgotten hack writer from the sixteenth century. In a sense, Macbeth is a kind of Eliabethan Snowtown.

This version is written by Jacob Koskoff and UK playwright Michael Lesslie with American television actor and sometime writer Todd Louiso. It stars Michael Fassbender and Marion Cotillard, and is produced by Emile Sherman, Iain Canning and Laura Hastings-Smith.

It was made by See-Saw Films (of course) with DMC Films. The gang first came together on Slow West.

This is not officially an Australian film, and the local elements boil down to one director, one performer and the Anglo-Australian Sherman -Canning combo.

The Australian short announced so far is in the student film group in the Cinefondation event. It is a tribute to the internationalisation of our tertiary sector. Made at the Victorian College of the Arts, ​Under the Sun is produced by Natalie Erika James and written and directed by Qui Yang. According to the release, ‘Filmed entirely in Changzhou, China, Under the Sun is a brutal exploration of inherent human weakness through a chance incident that unravels the lives of two families from different classes.’ The picture was made as part of the VCA Masters program; Qui Yang has been part of the MIFF Accelerator program as well.

There are only seventeen films in the competition and we can guess at the number of entries. The Cinefondation is a nice part of the bewildering array of comps and screenings tucking themselves into the Cannes nimbus. It is a separate foundation, but formally run under the Cannes Film Festival system so it has official status. Since it was started in 1998, no Australian has ever won.

There are more Cannes announcements to come. We hope so, anyway.