Currently beating Godzilla vs Kong, the bunny may falter as the kids go back to school.
David Tiley 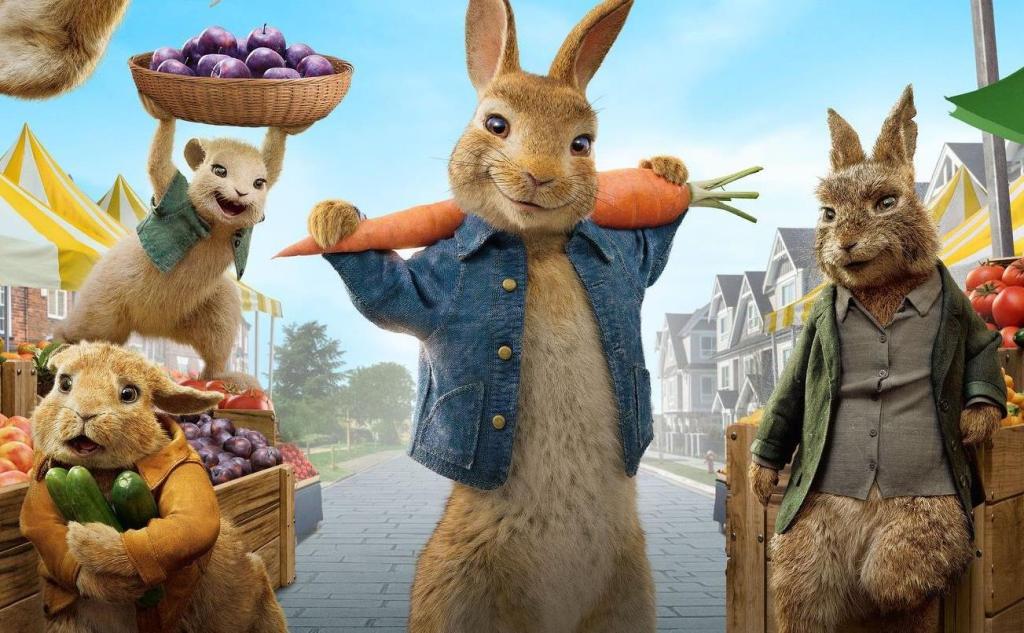 Peter Rabbit 2 is doing excellent business, with $17.63 million in four weeks and $2.88 million off nearly 500 screens in the last weekend. That was down a mere 14 per cent on last weekend, in which the weekend take was up to $3.3 million, which was a rise of 34 per cent.

The holidays have been very kind. The increasing strength of the weekend figures flows on from strong weekly figures. It is one of those films to which grownups take small children and end up loving it too.

Now the holidays are over, we can expect that weekly strength to decay, but it may continue strong on the weekend.

Meanwhile, Godzilla vs Kong is the only strong contender, and has gone toe to toe with Peter Rabbit. The bunny film beat the reptile spectacular by almost $1 million over the weekend, though Godzilla still leads the total by nearly $10 million, since it started strongly before the school holidays.

How does Peter Rabbit 2 compare with the first Peter Rabbit film, which released at the end of March in 2018, almost exactly two years ago over the Easter weekend? By the fourth weekend, it was doing $2.52 million, so the sequel; is now doing better. They don’t quite match up because the holidays were over for Peter Rabbit, and there was much more competition. By the same token, sequels generally don’t do as well as the first film so Peter Rabbit 2 is holding up well.

Peter Rabbit ultimately took $26.8 million in Australia and AU$450 million around the world off an estimated budget of AU$65 million.

Godzilla vs Kong has now taken AU$450 million around the world, including AU$230 million from China and despite the fact that  US viewers can find it on HBO Max. It has only taken AU$100 million in the US which is three times the AU total. In normal times, based on the relative populations we would expect a major film in the US to make around 14 times the Australian total. Warners have probably sacrificed a lot to build the HBO Max brand.

The AU$450 million for the first Peter Rabbit and Godzilla vs Kong is just a coincidence. Godzilla has a long way to run yet. Sony releases Peter Rabbit 2 in the US on May 14, without streaming it. Sony executives will be really pleased by the Australian figures for the film.

Mel Campbell’s review in Screenhub explored some underlying popular culture issues in Peter Rabbit 2, and articulated the itch which some other trades tried to scratch. Fortunately audiences are turning out to be immune to the deeper issues of the film and are turning it into a tot-popcorn classic.

We didn’t review Godzilla vs King Kong on the grounds that we focus on Australian films. But we are broadening our focus because we love to see screen in a cultural context.

Some Australian films are hanging in, and others have come back for (very) limited release as cinemas starved of content hunt their inventory for any possibility. Here’s an incomplete list of totals for films we have spotted somewhere in Australia this year: