A big weekend for scary films softened by June Again and a tribute to David Gulpilil.
David Tiley 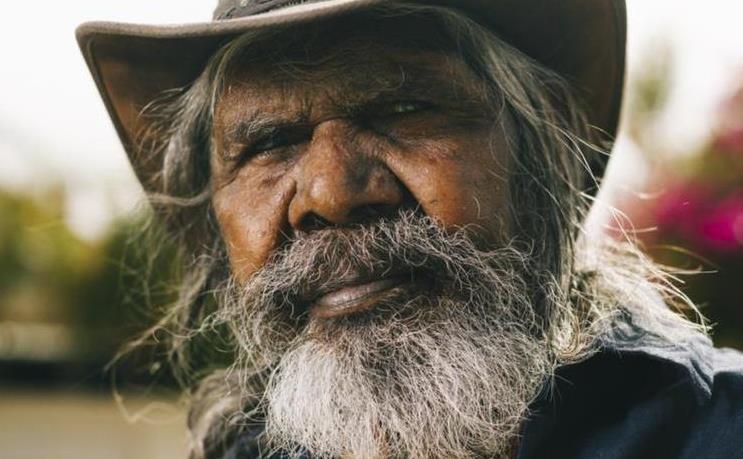 My Name is Gulpilil walked straight into the Victorian lockdown last week which would have dented its initial results at the local box office. It opened on 45 screens around the country and took $45,000 over the weekend, which is better than Indigenous doco Firestarter – The Story of Bangarra, which opened in February 2021. Including previews, Gulpilil has now made $85,000.

Our fingers are crossed that the figure could climb once the Southerners are released once more from durance vile.

Read: My Name is Gulpilil captures the legacy of a star

Right now Australia has declared war on the simple act of breathing. Four of the top five films in cinemas are hold-your-breath, don’t-make-a-sound, edge-of-your-seat thrillers, while the other is full of comic villainy.

After Spiral we get into the soft and furry Australian film territory. Noni Hazlehurst and June Again has now taken $1.91m in three weeks, though it dropped 29% to pull $289,000 on its third weekend.

Read: June Again ads lucid with to a tale of second chances

One slot lower features Peter Rabbit 2, now out for nine weeks with $20.82 million, of which $310,000 came this weekend. Down another 15%, it is obviously deflating gently, but it has already almost equalled the original 2018 box office of $21 million.

In Melbourne the situation is getting worse daily – there may be more people in queues for the vaccine than there are in the cinemas.

But the UK cinemas opened on the weekend of May 21 at 50% capacity, as summer and holidays loom to pump money into family films. Peter Rabbit 2 topped the release list with $8.5 million, not that far under the first weekend for the original Peter Rabbit, which hit $13 million.

So the total world box office for Animal Logic’s rabbit film is now $47.6 million, with China, North America and the rest of the UK to come. It is on track for another excellent result.

In the US, where Memorial Day rules, A Quiet Place 2 has taken AUD$57 million in four days. Cruella is at number two, with AUD$27.6 million; then Spiral with AUD$2.3 million in week 3, adding up to AUD$25.6 million; then Wrath of Man with AUD$28.6 million in four weeks; Raya and the Last Dragon is out for 14 weeks and has made AUD$65.9 million; Godzilla vs Kong at AUD$126 million, with Those Who Wish Me Dead down at slot 9 in three weeks with AUD$8 million.

As Deadline points out, the figures for Paramount’s A Quiet Place are excellent news, as they approach pre-pandemic numbers. It is a pure cinematic release; Disney title Cruella is streaming at the same time and has made a bit over half the Paramount figure.

A Quiet Place 2 is streaming in the US 45 days after its first release – there are no dates for Australia but it could drop at the same time in the US. The original film is available on Netflix now. In China it has made AUD$16.9 million over its first weekend, so Paramount is chasing an alleged budget of AUD$80 million with a combined total of AUD$103 million. Remember, the advertising costs come out of this and the exhibitor gets first share as well.

These figures are coming from huge campaigns, which are reflected in the Australian figures. We are used to seeing films released one one screen per cinema, but A Quiet Place 2 is on 566 screens in 299 cinemas, and Cruella occupies 452 screens in 290 cinemas. This screams multiplex action, though there is still plenty of indie space because a true flooding campaign can dominate the suburban cinemas with tentpoles. Avengers: Infinity War for instance made AUD$21 million in its first weekend at AUD$39,000 per screen on 871 screens in 2018. Now that is no-prisoners distribution.

Fast and Furious 9 (aka F&F9) has not been released here or the US yet, but the Chinese figures are AUD$176.6 million last week compared to AUD$250 million for F&F8 over its first weekend in 2017. Then F&F9 dropped to AUD$26.5 million this weekend as it retains the top slot. The total Chinese box office is now AUD$5.1 billion, which is claimed to be less than 6% down on the same period for 2020.

So F&F9 is not doing as well in China as its predecessor, as Variety claims it has bad word of mouth on social media.