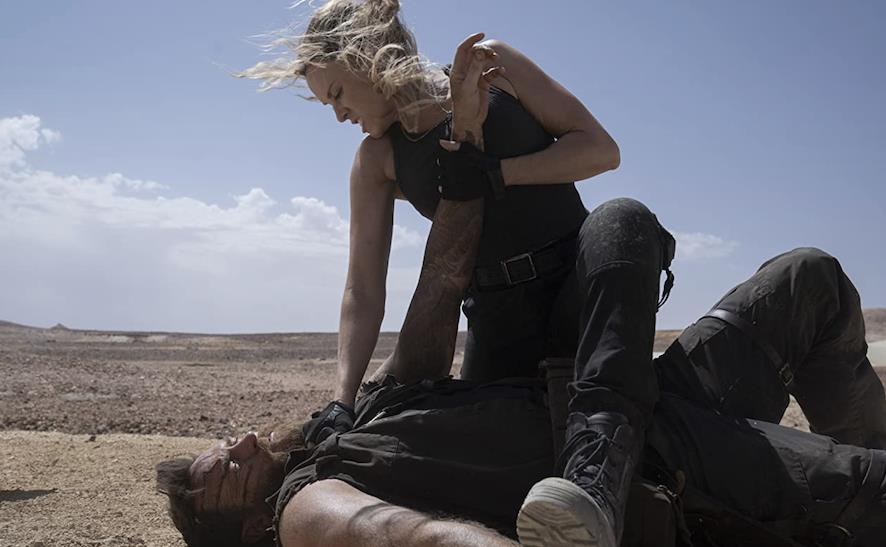 Australians strangling each other in a blockbuster. Josh Lawson is held down by Jessica McNamee in Mortal Kombat. Image: IMDB

This Anzac Day weekend, even without a nationwide public holiday, saw no less than eight new releases.

Internationally, Mortal Kombat took $30 million in the US and $35.7 million outside North America. With an estimated budget of $70 million, this will make Warners pretty happy. It was released simultaneously on HBO Max in the US; it came out on April 4 in some territories; no mention yet of China though the South China Morning Post purrs over the performance of Chinese actor Lewis Tan and credits James Wan’s producing efforts for making it bloodier and swearier than other version.

We credit James Wan for scaring us out of our socks in his early life in Australia with Leigh Whannell on the Saw franchise. Mortal Kombat of course was made in Adelaide. On his first feature, director and producer Simon McQuade was born in Perth, and the cast is scattered with Australian names, including Sisi Stringer in a breakout role. This may all help to account for the disciplined budget.

Edmond Tran, Screenhub managing editor and games guru, covered the background to Mortal Kombat via an interview with Simon McQuoid.

Six Minutes to Midnight, the film about the German children at school in the UK in September 1939, has the second highest return for a first week with $607,000 off 227 screens, which suggests there is still plenty of space for smaller titles.

US psychological thriller Every Breath You Take made $178,000 off 213 screens. Roadshow will not be happy.

The United States vs Billie Holliday, featuring a brilliant performance by Andra Day, made $172,000 which says that Universal’s decision to stick to a mere 66 screens was smart.

Sister, The Dissident and Moon Rock for Monday did minor business, reflecting their niche releases. Moon Rock is local, written and directed by Kurt Martin, and produced by Jim Robison, while The Dissident is a documentary about the killing of Jamal Kashoggi.

The school holiday films took a terrible dive, averaging around 75%. Peter Rabbit 2 has $18.86m, made $707,000 and should hit $20 million. Tom and Jerry is on $9.2 million while Raya and the Last Dragon is on its last legs with $9.5 million. So, in Australia at least Peter Rabbit 2 beat the other school holiday flicks handsomely. Now we wait to see what happens in the rest of the world.

The Oscars films have gained more screens, but we should see more impact next weekend.