Fast and Furious 9 is screaming across the US landscape to proclaim the rebirth of exhibition, while Peter Rabbit bunnyhops happily into a hamper full of money.
David Tiley 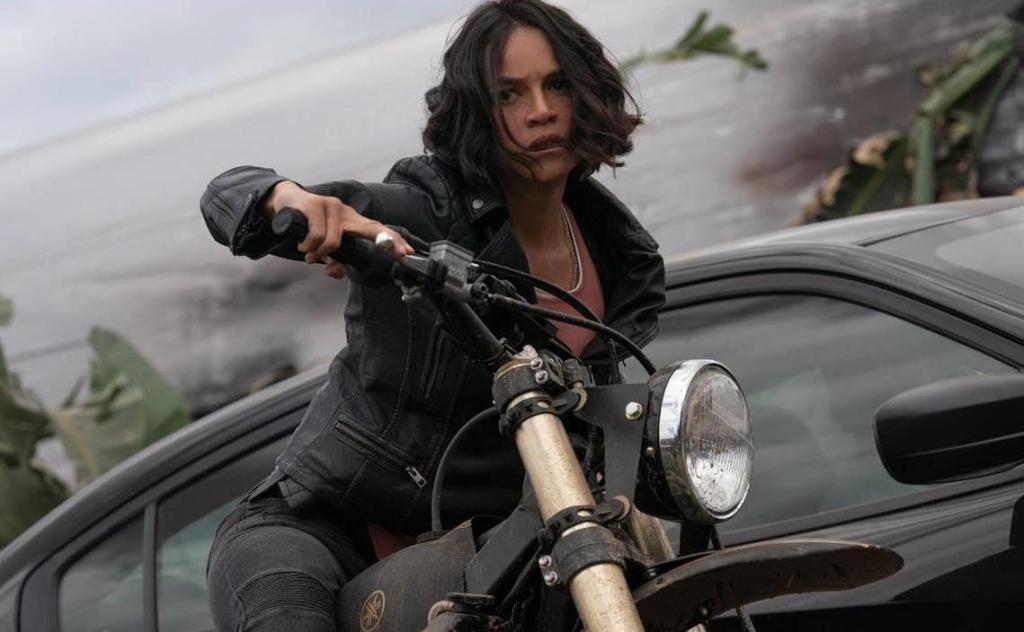 There’s not much to report on in terms of Australian feature performance at the box office this week. Those who actually saw Playing With Sharks: The Valerie Taylor Story in cinemas are incredibly privileged. It turns out Madman was only able to run it for a week, so it abruptly disappeared after that, and only popped up with minimal advertising.

The Dry has now been in cinemas for 52 weeks, which is a very old-fashioned milestone. It has been in the cinemas for six months although it has only been available in a meaningful number of cinemas for 15 weeks, and has taken 14 weeks to grown from $20 million to $20.74 million. In other words, it has been trundling round remote regions for most of that.

Buckley’s Chance arrived this weekend, managed by Transmission, sporting a child, a dingo, and an Australian desert wrangled by Tim Wilson, a Canadian cowriter, director and producer. The production companies are North American, so we should not grieve too much about its box office performance – at number 9, on 228 screens, and $219,000 over the weekend, which probably makes it the worst performing dog film shot in Australia for some time.

In a strange echo of Australian figures, Deadline is tracking the US specialty box office, to discover that comedy/horror picture and videogame adaptation Werewolves Within had a solid release with $300,000 off 270 locations. That shows us that the release that niche Australian producers crave in the US is both narrow and small. It is still a lot smaller than the US. [All figures in AU$]

In the Heights is travelling on a wave of unimpressed reviews from North America, which helps to explain the soggy result of $756,000 off 303 screens.

Still at number one, Fast and Furious 9 went in fast and hard two weeks ago, so exhibitors pulled a third of its screens as the returns dropped by 40%. It has still made $14.8 million.

Down at the fourth slot, the Australian-connected Conjuring has made $9.22 million in four weeks though returns this weekend halved to $690,000.

Cruella is a persistent minx with $7.4 million in five weeks, though the much more adult scary picture The Quiet Place 2 has taken $12.6 million in direct competition.

Peter Rabbit 2 is wandering home sleepily with all of $55,000 this weekend to add some icing to its $21.55 million cake which has taken 14 weeks to back. Over the same period the original Bunny film was down to around $300,000.

In the US, Fast and Furious 9 made $92.3 million in this, its first weekend. Worldwide sales have just cleared $500 million.

Peter Rabbit 2 is up to $38 million in three weeks, with $28 million from the UK and $29 million from China. So the total world take so far is $142 million with plenty of muscle left. It won’t do the $462 million of Peter Rabbit 1 though the figures are good for another in the series. How many twists can the franchise take? ‘My name’s James, James Rabbit…’

Fast and Furious 9 hit the US so hard it is the best result since the weeks before the pandemic, and signals the American resurgence, unless something goes terribly wrong during the summer holidays. In China, historical film 1921 has performed the same trick, though the exhibition industry is much more stable so it seems that this year’s box office will be better than 2019, as the virus disappears like a bad dream.