The heady days of US-Oz day and date dances have stopped and local Box Office is pretty quiet.
David Tiley 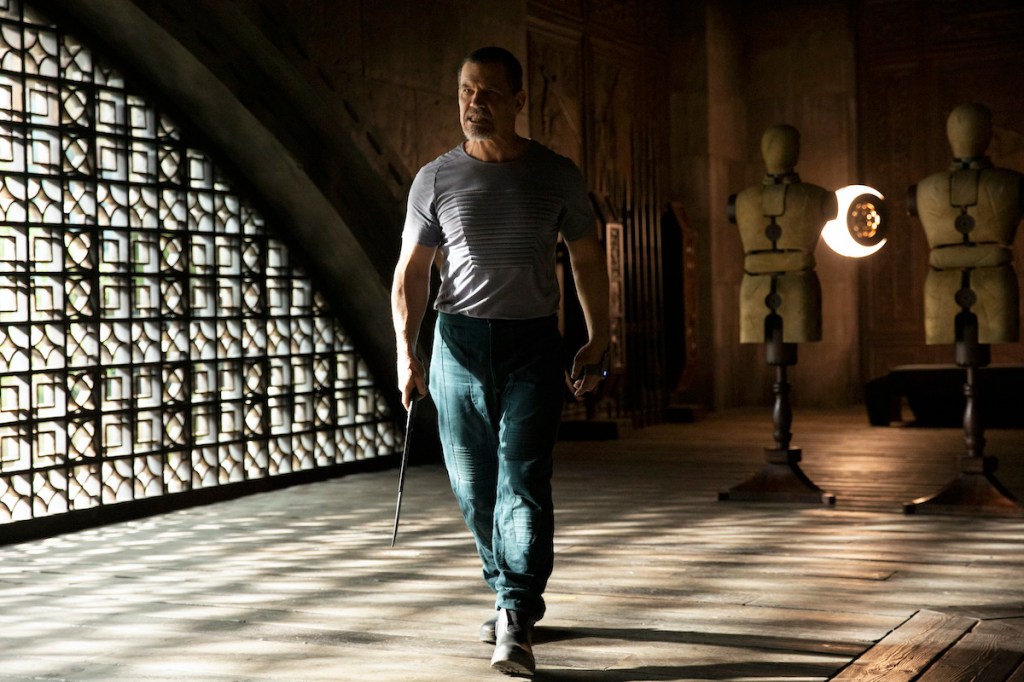 The general aesthetic of Dune is 21st century tank armour, but that codpiece is pure Tudor strut.

None of the more recent tentpole movies have come close to No Time to Die, the most mature but not the most financially enticing of Barbara Broccoli’s rolling tide of Bond successes. $31.6 million in five Covidian weeks tops the 2021 Australian box office, way ahead of Shang-Chi on $17.3 million.

In its second week Dune is on top of the ladder, with $2.77 million for the weekend off its 443 screens. But it dropped 43%, while it lost around one in seven screens. The total is $9.22 million, against a US total of $140 million over seven weeks.

The international total is $545 million, weakened by streaming on HBO Max for its first month, though that has disappeared. Overseas business is strong, with 2/3 of total business. UK, France and Germany are all in the $30-42 million band, which drops right off in Eastern and Southern Europe, with Italy and Spain a little over $10 million down to Turkey at $1.3 million.

The Russians have coughed up $30 million, the South Koreans $20 million and the mainland Chinese conceded $56 million, plus $4.6 million from Hong Kong. Taiwan has $7.7 million, Japan $7.0 million, with the rest being slim pickings.

Read: No Time to Die is Daniel Craig’s victory lap

Number two in Australia is Venom: Let There Be Carnage, which has taken $13.03 million in three weeks which really puts it ahead of Dune. Last weekend it lost 58% against the opening weekend and it has repeated that incredible shrinking box office trick again, down another 42%. There is a certain charm to this collision because Dune makes such claims to be important, while Venom is an unpretentious black comedy about a man with a mordant inner demon, which manages to make its brain sucking violence delicious in body and soul.

There is a certain charm to this collision because Dune makes such claims to be important, while Venom is an unpretentious black comedy about a man with a mordant inner demon, which manages to make its brain sucking violence delicious in body and soul.

After this we descend into the depths. Empanada classic and family favourite Encanto cracked a million in week two, but it will be useful to the exhibitors through the holidays. The French Dispatch from Wes Anderson is a ton of fun, and catnip for people who call their flats ‘apartments’ and wash their undies in goat milk soap. $675,000 in the first weekend, handily kept to 165 screens. Beneath the daffyness is a heartbreaking homage to traditional high-class feature journalism, which we all pray is not a eulogy.

The Boss Baby has settled in as another holiday staple, with $2.87 million in three weeks, while Resident Evil: Welcome to Raccoon City looks like an alley cat special with a mere $271,000 in week one. In the US it launched with $7.4 million, around a third of Resident Evil: The Final Chapter from 2016. Is this the last gasp of a zombie universe?

My favourite title is Sword Art Online: Progressive Aria of a Starry Night, handled by Madman to tae $86,000 off 45 screens. It is – of course – a Japanese SF action animation film, which has taken $1.5 million in the US over the last two weeks, and $15.8 million in Japan since October 30, after the world’s fastest ever take up of online sales which started ten months earlier. That is what you call a fan base.

Chloé Zhao’s tentpole Eternals is still in play here, with $14.82 million in six weeks, part of the $560 million it has made around the world, of which $225 million came from the US. It hits Disney+ in January. The budget is said to be $280 million, so it is currently on the low end of successful.

However, it is number three here in the 2021 totem pole, which is excellent for a film that had such mealy-mouthed publicity.