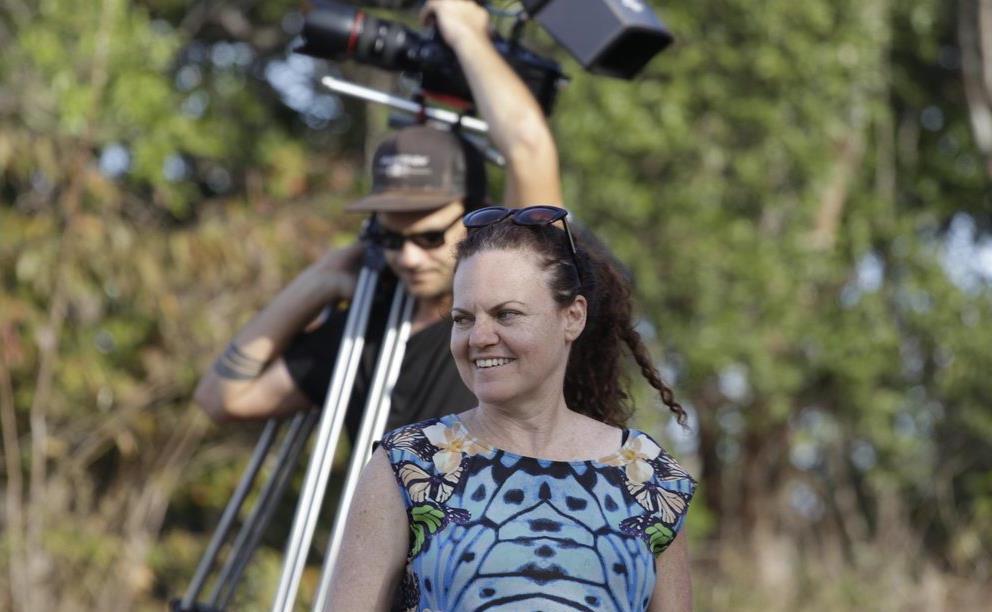 National Indigenous Television (NITV) has announced the commissioning of Barrumbi Kids, described as the first major kids’ series to be made in the NT.

Based on the popular book series for teens by Northern Territory author Leonie Norrington, Barrumbi Kids tells the story of best friends Tomias and Dahlia, two best friends growing up in a remote Northern Territory community. According to the book summary, ‘Tomias’ ancestors have lived in the remote Northern Territory town of Long Hole since the Dreaming and Dale’s grandfather was the first white man to settle there. Together they have adventures when they skip school for the day, and experience the struggle of growing up in the racially mixed outback town.’ As per the NITV media release: ‘Through fishing, hunting and schooling, the children learn about themselves, each other and living in both Aboriginal and non-Aboriginal cultures.’

The 10 x 30 minute series is being produced by Danielle MacLean (Mystery Road, Grace Beside Me, Little J & Big Cuz, Redfern Now) of Tamarind Tree Pictures. Tamarind is a Darwin-based company focused on producing ‘brave, inspiring Indigenous stories that need to be told’, and MacLean has been pursuing this for a while, at least since 2019, when we first read about it.

The Barrumbi Kids series will be filmed in Beswick (Wugularr), which is on the banks of the Waterhouse river about 116 km South East of Katherine in the Northern Territory, and will be made with the Indigenous community there. The first of the books was published in 2002, but they made an impression, especially for the kids of the region.

The cover of the much-awarded book, via Ebay.

As Esther Bullumbarra, Beswick (Wugularr) T.O. Jawoyn Country, said: ‘It is really good having Barrumbi Kids in our community of Beswick. I’m really excited to see our kids making this series, changing it from a book into a television series. The books were published a long time ago now and we will be the first community to make a television series here. People, especially the kids, will be able to see our culture.’

Danielle MacLean, Monica O’Brien and Julia Morris, co-producers of Barrumbi Kids, said: ‘Barrumbi Kids is one of those projects that you fight to get made because it’s so good, so important and such an incredible experience for all involved. After years of collaborative development with the Beswick Community. We’re so thrilled to have the support of NITV, Screen Australia, ACTF and Screen Territory to create this incredible series for Australian children to be inspired by.’

Read: Thalu is doing it for the kids

Incidentally, the Barrumbi Kids project reminds us a little of 2020’s Thalu, NITV’s 10-part live action Indigenous kids’ that was the station’s second foray into the live action kids’ space (after Grace Beside Me) coming in the wake of the successful animation Little J & Big Cuz. Thalu was based very loosely on the Neomad graphic novels, was directed by Indigenous powerhouse Tyson Mowarin, and shot in the remote Pilbara region. The principals of a successful literary property, Indigenous production/direction talent and skilling up and showcasing a remote community are present here again.

Kyas Hepworth, NITV’s Head of Commissioning and Programming, said: ‘NITV is committed to producing and showcasing quality content that is relevant to young Indigenous audiences. Aboriginal and Torres Strait Islander kids should see themselves reflected on screen – as well as the celebration of Indigenous culture and language. Through Barrumbi Kids, we’re able to do just that, all while sharing the beauty of Wugularr with Australia. We can’t wait to showcase Jawoyn Country and to bring this Children’s series to screens for all children across Australia to enjoy.’

Sally Caplan, Screen Australia’s Head of Content said the agency was proud to support the quality children’s series from a talented creative team that includes directors Grant Brown as well as Indigenous director’s Deb Brown and Ismail Khan. It’s special for a television series to not only reflect back to children and their families living in remote communities their own stories, but also share their unique cultural experiences on screens around the country and the world.’

Jenny Buckland, CEO of the Australian Children’s Television Foundation (ACTF) said: ‘The ACTF’s investment in Barrumbi Kids is the first major investment made possible by the additional funding we’ve received from the Commonwealth to invest in children’s content over the next two years. We’re excited to support NITV’s aspirations to deliver ambitious projects for its children’s audience and to be bringing this content to the world. It’s another authentic series set in the Northern Territory, and today’s announcement is a huge testament to how hard Danielle Maclean, Monica O’Brien, Julia Morris and the Beswick Community have worked to get to this point.’

Jennie Hughes, Director of Screen Territory, said, “This is an amazing outcome and it’s wonderful to see the intended results of Screen Territory’s Business Enterprise funding coming to fruition for Tamarind Tree Pictures as they produce this high-end children’s series in partnership with family entertainment specialist Ambience Entertainment. This will be the first major NT children’s series to be produced in the Top End and within the Indigenous community of Beswick. It is a project of ambition and scale, which will employ Territorians and bring economic benefit and opportunities to not only the Big Rivers region but also to the wider Top End.’

Barrumbi Kids will premiere on NITV in 2022.