The Fresh Voices initiative by the ABC is far more than a content program as Michael Carrington, the Director of Entertainment & Specialist content reveals.
David Tiley 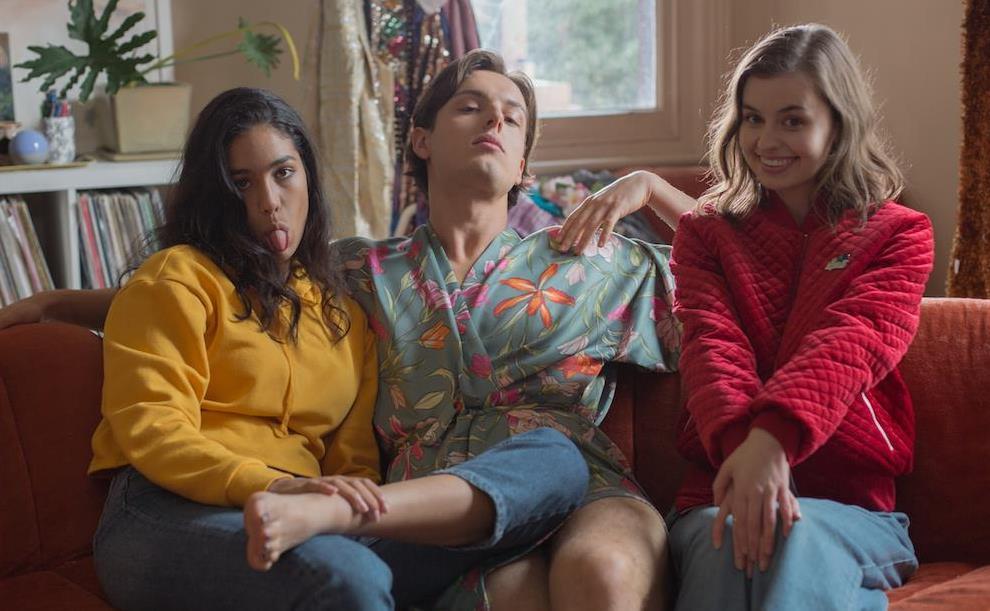 Why are you like this? Both a show and a question the ABC is asking itself. Image: ABC

The ABC has never run a well resourced multidimensional program justified entirely as a support measure for the independent community on a national level. Now it has launched a $5 million development program triggered by COVID-19, run ultimately by Michael Carrington, the ABC’s Director of Entertainment & Specialist content.

The ABC is already working with production companies to support delivery in these chaotic times, and buying extra Australian programs in the marketplace. But this fund is about new content, because the independent community needs it.

This is a clear, public symbol that the ABC understands once and for all that it must work symbiotically with the independent community. We all rely on each other.

‘As you know,’ says Carrington, ‘we couldn’t do what we do without those independent producers and production companies and the writers, actors, makeup artists, electricians… you name it. We are total, total partners.’

With the focus on innovation, it seems that the ABC has been given a chance to make changes which are already on the wishlist.

‘We are definitely taking advantage of the situation,’ he acknowledges.

‘Six or seven weeks ago we were in full on production, we had everything mapped out for the next year to two years. And then suddenly it all just stopped, and I became very aware that the implications for our future were huge in that if production stopped we wouldn’t have shows to put on air. We’re fortunate because we do work a year to two years in advance so you the audiences won’t see a huge change in what we do. But in the long term, the impact is potentially greater as things shift and don’t deliver in the future.

‘At the same time we were already working on our three to five year strategy, which includes a greater focus on iView and our digital audio products like ABC listen. We were looking at shifting the Titanic in that direction over the next year or two.’

‘We couldn’t do what we do without those independent producers and production companies and the writers, actors, makeup artists, electricians… you name it. We are total, total partners.’

It’s not that people weren’t ready to embrace the digital future. But normal business practices and processes take time and there are a lot of people involved in the decisions and a lot of people involved in the background to make content. Now we’ve completely shifted from these big production models to a period of time where we need to react quickly. And that has meant we can use technology in a different way, and we have pivoted very quickly to embrace that technology, and producing content from home and delivering it through the internet and all the other ways that you can deliver content into the home base to get it on air.

‘So in many ways we know that is working. And so the situation that we’re in has just broken the bureaucracy, broken the culture of the traditional way that we produce for those services. And so now we’re ready to create new formats,’ Carrington said.

‘Part of this fund is to stimulate some of that thinking to connect with people that we might not necessarily work with all the time. And just attract people that might think differently, and that can react differently and produce differently. format shows differently. Think about the technology, and we could move quicker, I think.’

As a broadcaster, the ABC is attuned to different memes and messages about change compared to the independent sector.  The data is telling Auntie that the world is slipping away.

Says Carrington, ‘I’ve been talking to producers and creators and developers for a number of years about how the expectation of the audience is different. Younger audiences are connecting to content through other platforms,  and quality these days is in the eye of the beholder.

‘Essentially it is about great characters and great stories, and not necessarily about the million dollar backgrounds, and the graphics that you can bring to it, although that is one component.

Carrington brought opposing affections to the discussion. On the one hand he wants all that layered sense of quality that suffuses a public broadcaster which goes much deeper than what he calls ‘rich to the eye as well as the other senses.’ On the other he senses the richness of varied experience, of transparency to the moment and authentic engagement.

The bushfires were a huge rehearsal for this as local radio and journalists, many young, were thrust into the national spotlight as we hungered to know how this feels to the people running for their lives in a media landscape scattered across an entire region.

Now the ABC is engulfed in a second transformation, played out across the world, based on domestic pain and absurd absences, of slow rhythms and intimate decay. Again it finds itself pivoting, and finding huge riches in taking chances, following intuition and re-investigating core values.

‘I would hope that what we see in two years time is a very rich dynamic experience of our content through our digital platform,’ says Carrington. He knows that iView was a breakthrough when it started 15 years ago, but audiences have learnt from the streaming services to ask for much more.

Meanwhile the ABC is restricted by money, by its limited rights and the bureaucracy around it which added up to a limited system.

‘But I think this situation puts the whole industry on notice about how we approach the setting up of content. And so in two years time, we’ll be able to move more quickly, we’ll have a much richer diverse portfolio of content drama, and dynamic bold factual content which will just appeal to more niche audiences. That kind of content is a little bit locked out of prime time schedules at the moment. And I think it deserves better.

‘It’s also interesting that young people are still coming to Triple J and there are young people still engaging with ABC Classic in their thousands. And so music is also an important part of our mix and performing arts in general. So it’s a way of curating that content in a world that’s already dynamic and enthusiastic and leveraging that expertise to help us create content for wider audiences…’