A Development Masterclass – Australian and International Perspectives at Screen Forever

A good grabby story is the common essential, but details are different when you're developing locally or internationally.
Rochelle Siemienowicz 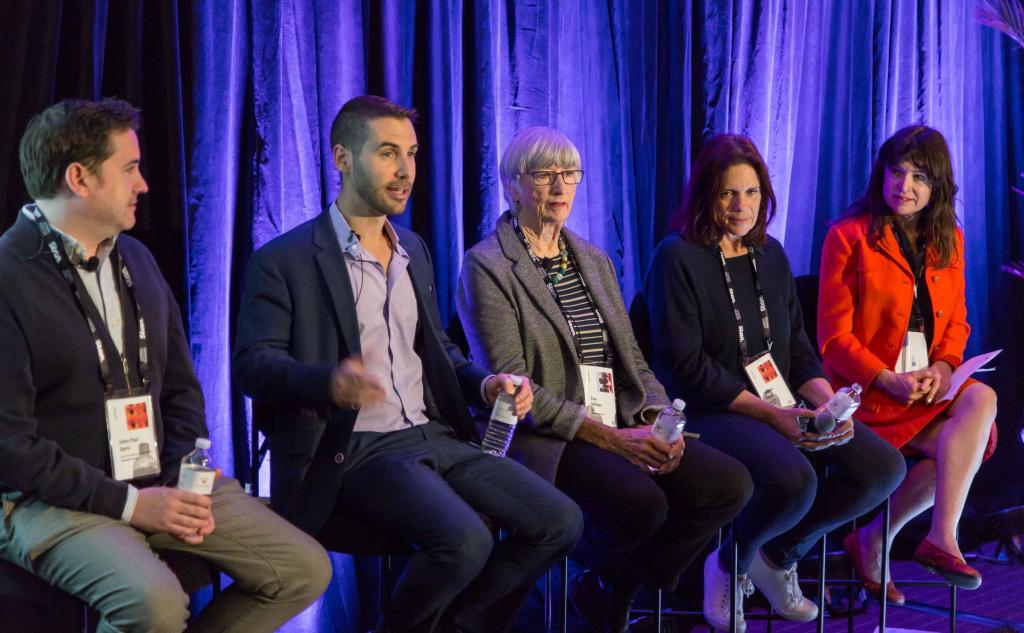 This was one of the more intimate sessions held on the second day of Screen Forever 2019 at Melbourne’s Crown Conference Centre. The room was packed with new and emerging writer/producers hoping for insider information on how to find a great story, acquire the rights, set up a chain of title and develop collaborations locally, but especially internationally.

The Australian speakers seemed just interested as the audience in what the Americans had to say. Everyone is hungry for tips on how to get a meeting with the right people and get the hop on the competition. Having the right contacts and relationships is key, but how do you do that, without being desperate and annoying? Have a great story and a good longline was the common answer.

The international speakers were: JP Sarni, a Development Producer and Executive with Stampede Pictures, with former roles at HBO and as VP of Development  & Literary Acquisitions at Sonar Entertainment. Sitting beside him was Jeff Greenberg, back at Screen Forever after making an impact last year with his tough talk on clients, contacts and ‘being good in a room’. He’s an LA based packaging agent with the Gersh Agency, where he has several Australian writers as clients, notably Sarah Walker.

The Australian speakers were two very experienced producers who have held numerous important positions within our screen industry and made many films between them: Andrena Finlay, whose new venture is Screen Arts Business Consulting (Screen ABC); and Sue Milliken, CEO of Samson Productions, whose credits include four films with Bruce Beresford, most recently Ladies in Black.

Milliken and Finlay have also published a book together, Producing for the Screen, and there were copies available at the session, with a cute trust-based list for payment because the cash machine wasn’t working.

Our quick takeaways from this session:

Everyone is looking for a very good idea that’s original and not derivative. This can come from a podcast, a book, a real life story or conversation, or even ‘a lifestyle special that nobody watched’.

‘Absolutely never develop anything until you have the right to do it,’ says Finlay. If you want to develop an idea or story, get an option on it straight away before you do work on it. This can even start with something basic like a letter of agreement drawn up between you and your friend who’s telling you their story, but you’ll need lawyers pretty soon afterwards.

Establishing chain of title is very important but difficult. Plant your flagpole early. It scares people off! Greenberg says this often involves getting a story into the film media like Deadline or Variety or even mentioning it in an interview or a blog. (You could speak to Screenhub, wink.)

If you want important people to read your script it has to be absolutely gripping, compelling and emotionally engaging right from the first three pages. Seriously, nobody could stress this enough.

Timing is everything and putting a production together is a game of three dimensional chess. Hopefully you enjoy this game if you’re a producer. It took 20 years for Milliken and Beresford to get Ladies in Black up after loving the book. The key elements that changed were: the world was ready for it, and dynamo producer Allanah Zitzerman got her teeth into it.

Greenberg says that taking a TV series pitch to a network with a director attached can often bog things down, unless you’re Martin Scorsese.

In Australia, the really smart TV producers will couple with a well known actor or actress right at concept stage. (This was a point also made by Rachel Griffiths’ in her impassioned, funny and inspiring Hector Crawford speech later in the day.)

A project that is already set up with Australian TV networks like the ABC or Channel 4 in the UK is more attractive to the US streamers.

Greenberg said that as an agent, he wants writers (or writer-producers) who come alone rather than being co-writers on numerous projects. ‘Solo writing credits help me to focus on your career and build it for the long term.’

Work with people you want to have dinner with. From pitch to premiere takes years so it’s got to be a courtship with a long term relationship in mind.

When you make a contract with a writer you must have a provision to be able to bring on another writer to rewrite and edit the same material. Or to get rid of the first writer, which is tricky.

When optioning a book, from a producer’s perspective you want the longest possible option period. From the writer’s perspective, you want the shortest. From 18 months to six years are the timeframes being talked about, but a two-year period before re-uptake and renewal is common.

Timeframes for TV development are much shorter than feature film. If you can’t get your TV series up in two years, you’re dead.

Finlay says ‘Options for an Australian book can be anywhere from $1 to $10,000, but usually about five to ten for every period, against a purchase price of somewhere between 2-3 per cent of budget when you take the option fees off the purchase price.’

Greenberg agreed that around $10,000 is correct, but says another option is just a ‘shopping agreement’ that ties you together and has no money attached. Of course if it’s a big book and a major studio wants it for a feature, a million dollars is on the cards.

Sarni says that in Hollywood, optioning rights to all kinds of IP happens extremely early, even years before a book is published.

One of the problems for Australian producers is that by the time we are aware of a book the rights are already gone. The lesson here, as far as we can tell, is that Australian producers need to get in early and make friends with local writers and publishers and literary agents! Another option is to find a story in the public domain.

As a producer, always consider properties that have some kind of previous life: video games, short stories, musicals, audio series and graphic novels, because these have already undergone significant development and editorial process.

Stop thinking that your show belongs on Netflix. It probably doesn’t, and it’s not the only place to consider.

On TV, formats of 30 or 60 minutes are still king, with a small market for 20 minutes especially for comedy. Shorter formats than that only work as proof of concept.

The global appetite for dramas is significantly higher than for comedies.

Key aspects for pitches: a sizzle reel shouldn’t be more than 3 minutes. A log line is essential and you need your whole team to have the same message about what it is they’re making and selling. Practise and memorise your pitch! Know it in your bones.

If you want to get your project seen and read by important people in LA you need to have contacts. Nobody reads things unsolicited. Reading is work!

Australian producers should consider casting agents who have all kinds of international connections.

Sarni says there have never been more places to sell content for content creators but this is likely to change in the next short period as consolidation happens and viewer numbers for each one go down. ‘As human beings we only have so much time to spend watching TV at the end of the day, and only so much money to spend on each service. It’s going to be interesting to see what happens.’