Despite a consuming focus on name performers, this year's list in screen finds some dedicated nation changers as well.
David Tiley 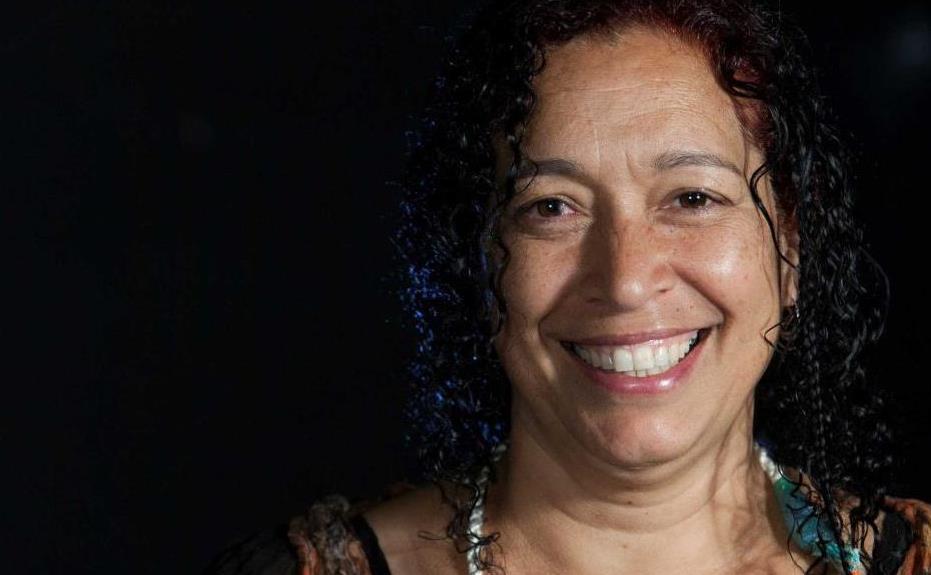 Rachael Maza, still glowing after all these years. Image by Steven Rhall.

Overall, the gonging process managed to dig deep into our public heroes to find a lot of people whose name recognition in mall focus groups is matched by genuine respect in the sector.

However, Companion (AC) in the General Order of the Division of Australia was forbidden territory for the screen and arts sectors this January, concentrating almost exclusively on lawyers and hard numbers academia. The three lawyers were women and the three scientists were men.

OFFICER (AO) IN THE GENERAL DIVISION OF THE ORDER OF AUSTRALIA

Leading off the awards in this category is Professor Larissa Behrendt, who has no public recognition at all wider than the substantial respect she has in the Indigenous community, in legal studies and in documentary film.

In her citation as the 2011 NSW Australian Woman of the Year, she was described as an ‘Eualeyai and Kamillaroi woman who decided to become a lawyer at age 11 when her Indigenous father found his mother’s removal certificate.’ In our sector that is called an extraordinary inciting incident, for a story which took her to the inspiring achievements listed in her own website.

She is currently the Distinguished Professor at the University of Technology Sydney and the Director of Research and Academic Programs at the Jumbunna Institute of Indigenous Education and Research. Besides her campaigning work on social justice she has written a string of technical works on the law, mixed with three novels.

In the screen sector she was the inaugural chair of National Indigenous Television, and slipped easily into documentary production as the director and writer of the devastating ninety minute documentary After the Apology, produced by Michaela Perske. It explores the creation of a new stolen generation even after the Rudd Apology. She is also a producer on In My Blood it Runs by Maya Newell.

The list in this division is pretty extraordinary. Hugo Weaving has looked up long enough from his career as a key Australian actor across screen and theatre to realise he will have to dress up to meet a vice-regal official. The citation includes his work as a ‘mentor of young writers, directors and actors’.

Dr Robyn Williams almost singlehandedly reminded Australians that we achieve much in the science through his long working life as the Boss of Science radio at the ABC. He has always treated audiences with respect and has been rewarded with love.

Keith Urban’s full life with music, Nashville, Nicole Kidman and an admirable attention to charity work wins him a slot in this category too.

The new sector members in the General Division of the Order of Australia are an eclectic bunch. Rachel Griffiths has the award for her ‘significant service to the performing arts as an actor’.

Dr Gael Jennings is an ebullient presenter, writer, thinker, organiser and communicator in medical science who used her wit and wisdom on ABC TV. She was really prominent in the 1990s but has actually been a force for thirty years. She is a power for sensible science, who has campaigned consistently to put socially aware medicine at key points in the decision making system. She is a dab hand at running a career based on ideas which has a natural base in a national broadcaster but extends across the culture.

Rachael Maza is being awarded for ‘significant service to the performing arts as an artistic director’. She is known as a key figure in film and television for her performances in television, starting with Frontier in 1987, A Country Practice, Heartland and ultimately Rush, Winners and Losers, Wentworth and The Secret Daughter.

Actor and dancer Paul Mercurio has bounced his way through film, television and a lot of stage but will always be remembered for Strictly Ballroom.

Tim Minchin is Mr Everywhere at the moment. His tousled nut has taken the Australian public clear across Australia with a piano and an argument in Upright, following on from Orange is the New Brown, Squinters and No Activity. All this is dwarfed by his musical work on stage.

Veteran performer Heather Mitchell, whose film career started with Malcolm in 1986, extended across television in the nineties and brought her to The Great Gatsby and Palm Beach.

The differences in career leading to roosts up and down the ladder are mysterious, but our role is not to be cynical.

Jane Turner is on the list as the recipient of a Medal of the Order of Australia in the General Division. She is an actor, writer and producer, a star turn in the national mythology for Kath and Kim. She started on Prisoner in 1983, built her knowledge of comedy through the sketch show years of Fast Forward, The D Generation, Full Frontal and Big Girl’s Blouse. Her mantelpiece has Logies, AACTAs and an Australian Comedy Award.

Noelene Brown  started in 1964 with The Mavis Bramston Show, then My Name’s McGooley, What’s Yours, and took her character of Possum Urkens to Rita and Wally until she got serious with Homicide, Spyforce,, Number 96, Boney, and so it went right up to Razzle Dazzle in 2007. She was given the Actors Equity Lifetime Achievement Award in 2017.

Maude Davey, mostly an artistic director, has a bunch of film credits since Noise in 2007 and Summer Heights High.   She has a heap of awards. Kate Mulvaney has a formidable CV as an actor and playwright. She pops up in the acting credits for The Merger, The Little Death, The Great Gatsby, Griff the Invisible, Lambs of God, Fighting Season and Secret City. She has a writing credit with Tim Minchin on Upright.

Quietly parked at the end of this, as befits a structural mover and shaker, is Katrina Sedgwick for service to performing, screen, and visual arts administration. She is the Director and Chief Executive Officer of the Australian Centre for the Moving Image, a former head of Arts at the ABC, the founding director of the Adelaide Film Festival and its investment fund, Artistic Director of the Adelaide Fringe and co-founder of the Sydney Fringe in 1995. Bet you didn’t know that.