Exploring a diverse range of critical themes, these 13 teams will pitch to decision makers in Australia and abroad.
Celina Lei 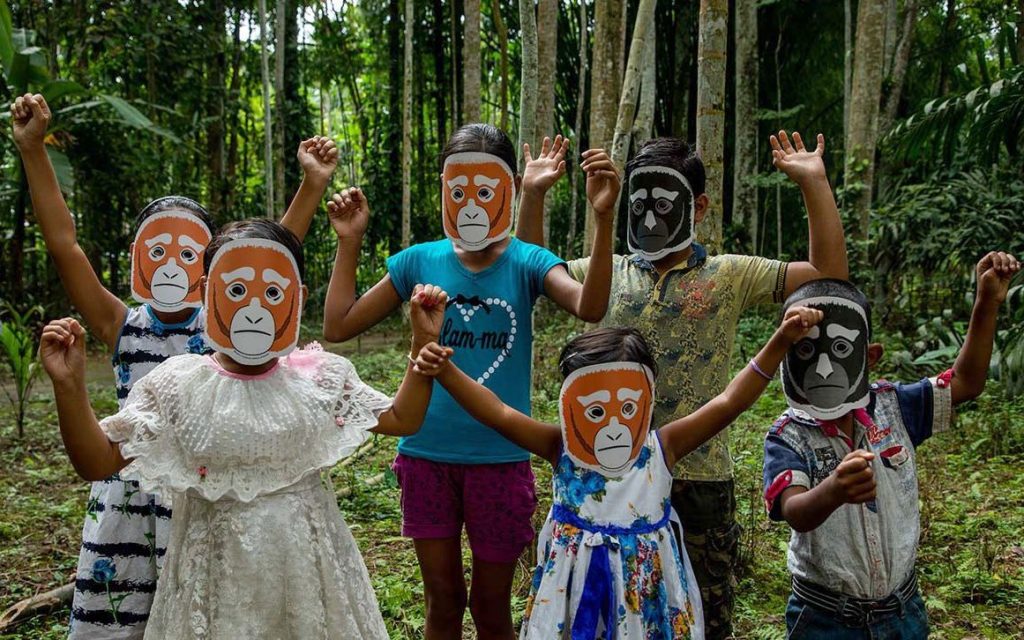 The Australian International Documentary Conference (AIDC) will be harnessing its full capacity as a hybrid physical and virtual conference, this year presenting 13 projects and teams to take part in The FACTory during AIDC 2022.

This year’s AIDC event runs from 6 – 9 March at ACMI, Melbourne and online, with an online-only international marketplace 10-11 March 2022.

Teams from the 13 projects, both Australian and international, will present their work in front of funders, broadcasters, streamers, sales agents and distributors both nationally and internationally at the flagship pitching event, now in its seventh year.

Seven projects will take over the Central Showcase, including the New Zealand documentary Being Chlöe, about one of the world’s youngest politicians; and Red Lipstick Intelligence around secret Australian heroines during WWII.

The New Talent Showcase presents critical examinations from the last daughter returned to her Aboriginal family (The Last Daughter) to the modern day struggles of a Palestinian Bedouin family (Concrete Land); while in the Rough Cut Showcase How to Capture a Prime Minister and I of The Water: the Unwritten Life of SIA Figiel draw on politics, identity and trauma.

AIDC CEO and Creative Director Natasha Gadd said: ‘The 13 projects selected are diverse, bold and unique and showcase an array of filmmaking talent who will pitch to an impressive lineup of decision makers from across the globe at AIDC 2022.

‘We look forward to tracking the progress of the films, the productive connections made with decision makers that we’ve brought to the table and seeing these projects coming to life in the future,’ Gadd added.

All projects will have the opportunity to win pitch prizes, including two complimentary industry accreditations for the 2022 Sheffield Doc/Fest (UK), two complimentary online or physical passes and a two-hour mentoring session for Sunny Side of the Doc 2022 (France), and two complimentary all access passes to the Doc Edge Forum (New Zealand).

BEING CHLÖE
Chlöe Swarbrick – one of the world’s youngest politicians – fights for change within the very institution that she struggles against, as huge challenges in her personal and professional lives collide.
Director: Charlotte Evans
Producer: Letisha Tate-Dunning
Razor Films (New Zealand)

THE DAY WE SAVED THE ZOO
Set in the world of beautiful Mogo Wildlife Park, this series follows the extraordinary challenges faced by keepers and their animals, through fire, COVID and global threats to precious species.
Director: Madeleine Hetherton-Miau
Producer: Rebecca Barry
Media Stockade (Australia)

DEATH OF A SHAMAN
An Indigenous Ecuadorian shaman and his reluctant grandson embark on a magical journey deep into the Amazon jungle.
Director: Dan Jackson
Producer: Dan Jackson
(Australia, Ecuador)

HOMEMADE
‘Homemade’ is a cinematic journey into the little black books of immigrant Grandmas, reconnecting us to the power of legacy and tradition to bridge the generational divide and transform lives.
Director: Zia Mandviwalla
Producer: Camilla Mazzaferro
FINCH (Australia)

SOLASTALGIA – JOURNEYS THROUGH A SCARRED LANDSCAPE
’Solastalgia’ journeys through an Australian continent pockmarked with tens of thousands of mining sites. These epic transformations of landscapes are upending our notions of home. Can we ever recapture it?
Director: Yaara Bou Melhem
Producer: Ivan O’Mahoney
Illuminate Films, In Films (Australia)

CAMPESINOS
A poetic look at the isolated life of Patagonian Gauchos as they cycle through the rhythms of their day-to-day routine while facing the fading relevance of their way of life.
Director: Matias Bolla
Producer: Carolina Sorensen
People Productions (Australia, Chile)

CONCRETE LAND
A Palestinian Bedouin family of three generations, in its struggle to hold on to its traditional life under the pressures of gentrification. Their only wish is to stay together as a family with their loyal pet sheep Badrya.
Director:  Asmahan Bkerat
Producer: Sahar Yousefi
(Jordan)

THE LAST DAUGHTER
After being raised by a white family, Brenda was the last daughter returned to her Aboriginal family. Decades later, she’s on a journey to discover where she truly belongs.
Directors: Brenda Matthews, Nathaniel Schmidt
Producers: Simon Williams, Brendon Skinner
Gravity Films (Australia)

HOW TO CAPTURE A PRIME MINISTER
When a student protest erupts into violence, the Australian Prime Minister is forced into a basement while his minders desperately hatch an escape plan.
Director: Gary Newman
Producer: Gary Newman
Criterion One Pty Ltd (Australia)

I OF THE WATER: THE UNWRITTEN LIFE OF SIA FIGIEL
After a painful event pushes her into self-exile, acclaimed Samoan writer Sia Figiel uncovers her complicated past and the impact of childhood sexual abuse and trauma.
Director:  Kimberlee Bassford
(USA, New Zealand, Samoa, France)

AIDC 2022 runs from 6 – 9 March at ACMI, Melbourne and online, with an online-only international marketplace 10-11 March 2022. Registrations open and passes now on sale.