Artists are hosting incredible digital events through Animal Crossing: New Horizons, in a time when COVID-19 made meeting in person impossible.
Jini Maxwell 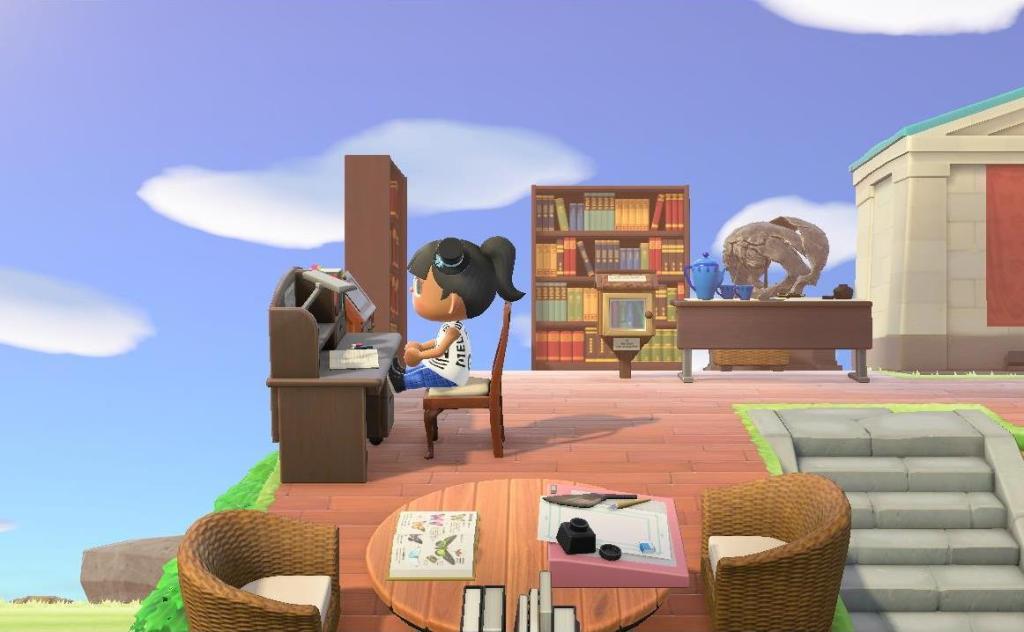 Just as Australia went into its first lockdown, Nintendo released the most recent edition of its long-standing series, Animal Crossing. Published on the Nintendo Switch, Animal Crossing: New Horizons has sold 22 million units since its late March release, as COVID-19 accelerated the demand for digital entertainment, and social connection, both of which the gentle, social game could provide.

Since its release, it’s also been taken up enthusiastically as a platform for events. This enormous degree of creative control possible in the game has sparked creativity in artists and arts workers around the world; with a a creative approach, Animal Crossing: New Horizons has become a stage on which a huge variety of events and conversations can play out, prompted by a time when physical meeting was impossible.

What WAS NEW IN NEW HORIZONS

New Horizons saw the return of many of series’ beloved mainstay features; it’s a gentle, self-directed game where the players slowly decorate a home, do calm activities like catching bugs, and planting trees in a small community of characterful animal villagers.

Where earlier Animal Crossing titles were set in small villages, New Horizons gives the player an entire deserted island to play with, and much more control over the geography and decoration, with the introduction of equipment and furniture crafting, customisation, and later in the game, landscaping tools. While this choice has been controversial with some players, who preferred the static environments of the earlier games, it has allowed curators, performers, and event organisers to set the stage for their own events with precision. In some case, they have curated entire digital worlds that could never have existed in physical space.

The game also includes has a wide range of options social features, include visiting friends, sending mail, or going to sleep and visiting the ‘dream’ version of other islands that can be explored by anyone, including strangers, but not altered. These give the players full control over if and how others visit their island, and when they visit, how they can interact with it.  Put briefly: this allows a huge degree of creative control.

First off, the social features of New Horizons  made it an excellent space for conversations and panels, as anyone with a copy of the game can visit any other island, provided they have a wifi connection, and permission from the person whose island they’re visiting.

UK-based festival of experimental play, Now Play This, used the space to host a conversation in April between The White Pube’s Gabrielle De La Puente and Melbourne-based studio House House, House House, after the four Untitled Goose Game developers’ flights to the UK were cancelled due to the pandemic.

Time for House House and The White Pube to go fishing. pic.twitter.com/2ktsZdzde0

Closer to home, youth literature magazine Voiceworks launched their 118th issue, themed ‘As if!’,  through readings hosted in the game. Featuring prerecorded readings and speeches performed by digital avatars within New Horizons, the event was streamed to Youtube and Facebook. The Voiceworks team also created digital versions of artwork from the magazine, which viewers could download and display on their own islands.

While Now Play This’ event took place live and the audience could submit questions, Voiceworks’ was prerecorded. However, both used New Horizons as a space where digital avatars could convene and perform, and viewers watched in the same way they would any other livestream, but with more whimsy than a grainy video call, and with a welcoming sense of place.

As well as talks and performances that have been running in the leadup to the Gala, the Gala’s program itself is ambitious, and continues to grow, with artists ranging from  Youtuber Ella Loves Boardgames, to comedy collaboration Nemeses, to model and disability advocate Jess Cochran, to cosplayer Jenni de Gille on the lineup.

We’ve got a great lineup of artists for #ACNHFringe including our board game host @ellalovesbg!

Digital events on Facebook Live or Zoom can lack a sense of closeness; the creative and social options offered in New Horizons’ highly curated islands supplement the alienation of the internet with a sense of place. This tangibility and familiarity is something that events organisers can capitalise on; it has also been a lifesaver for everyday players, as their worlds shrunk under lockdown. Tiara has personal experience of the importance of the game: ‘Animal Crossing: New Horizons was really important to me in being able to survive quarantine and lockdown. It was a creative and social outlet which helped me connect with friends and community.’

This event is a far cry from a prerecorded, highly curated magazine launch; ACNH Fringe Fest’s program is flexible, ever-changing, and taking full advantage of the game’s social features. They even maintain an open callout for artists who want to contribute art, performance, or designs, and the option for anyone to ask for a virtual island tour.

Having seen New Horizons‘ players get creative with how they approach the social aspect of the game, ACNH Fringe Fest’s Lead Producer Creatrix Tiara is keen to push the limits of the form:  ‘I even encountered a virtual music group that travelled to different islands, playing their music and  performing “shows”,’ Tiara said, ‘It made me wonder whether this game could work as a platform for artists on a grander scale.’

As Australia starts to open up again, and physical programs can begin to take place, it’s tempting to shrug off creative digital possibilities for programming. But a program as broad-ranging and flexible as ACNH Fringe Fest’s would be complicated (even impossible) to deliver physically; and a cancelled flight can still see an event cancelled, whether there’s a pandemic happening or not. The opportunities available in the digital space of New Horizons isn’t just a substitute for a physical one, but something new entirely.

The animal crossing fashion experience wasn’t complete without a #MIFF vollie shirt, so here it is for everyone #ACNH pic.twitter.com/o187Bvbkra